My company recently sent me out of state to attend a three-day work conference.  I won’t elaborate as to which city hosted the conference as I’d hate to incriminate this fine town for its legal and moral shortcomings.  Suffice it to say, the city boasts casinos and prostitution is against the law… I think. 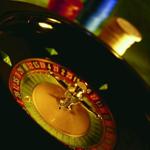 As I sat in front of my video poker machine, feeding it crisp twenty dollar bills with regularity and relishing in the fact that bourbon was free, I was eventually accosted by two young ladies and a gentleman.  It was late at night (i.e., early in the morning) and it clearly seemed at first glance, even in my somewhat intoxicated state, that these two women could be ‘ladies of the evening.’  They featured many characteristics often associated with the common call girl: short skirt, low-cut shirt, knee-high boots, heavy make-up, doused in perfume, toting a small purse, chewing bubble gum, etc.  You get my point.

Aside from the fact that I was suddenly being solicited by two call girls in a country where prostitution is still illegal, there was something else askew with this picture.  What was up with the guy they were with? He couldn’t be….. their pimp, could he? His mere presence alone made me think perhaps these girls WEREN’T prostitutes.  I mean the guy was white, geeky, 5-foot-6, wearing jeans, an old collared shirt, horn-rimmed glasses and sneakers.  Where was the purple-feathered hat, extensive jewelry, gold tooth, sunglasses and cane of yesteryear.  Am I stereotyping pimps?  Far be it from me to offend an entrepreneur, but Michael Keaton and Henry Winkler were more menacing in “Nightshift” than this guy could ever dream of being.

As it turns out, the young ladies WERE call girls and the guy WAS their pimp.  Is this what we’ve come to as a nation?  Again, I don’t mean to judge a book by its cover.  But how is this guy protecting his investment?  With a slide rule and a finance degree?  I’m no Bruce Lee, but I’m pretty sure I could have taken that guy in a pinch.

I long for the days of Huggy Bear where a pimp was a pimp and we knew it.  If you crossed him, it meant your ass.  Or maybe pimps were never actually like that at all and that’s just the way they we’ve portrayed them in movies and 1970s television shows.  Perhaps they’ve had to change their image to stand out less in a crowd.  Maybe it was a move to reduce overhead as those mink coats must have been eating into their budgets.  Either way, it’s clear they’ve adapted their ways to become more business-oriented professionals in the 21st century.

And perhaps I’m in the wrong business.

12 thoughts on “The Changing Face of Pimpitude in America: A Non-Sports Blog for Adults Only”