As the big time revenue from SportsChump.net has not yet started rolling in, yours truly was forced to pick up a last minute bartending gig Sunday night to make some extra coin.  It was tough for this Basketball Jones to choose working over watching, but my mortgage doesn’t pay for itself.  Fortunately, while I toiled away behind the bar, I had my SportsChump support staff strategically placed throughout the country to text me their varying perspectives.  Daybreak, Snake, and Brotha E represented Celtic Green while Don Calvino, Croshere and Randy Lurch offered up the Magic side.

I don’t know about you but I’m the kind of person who requires immediate notification with my sporting events.  When deciding whether to watch a game on DVR or know what’s going on in real time, I’ll always opt for the latter.  For example, when I watch a game with the Commish, who frequently rewinds any highlight he might have missed, I immediately go into panic mode knowing that I’m now fifteen seconds behind the times.

So last night, I opted for updates over blinders.  I probably could have gotten away with blinders as the clientele was not exactly in tune with the NBA playoffs, but you never know when you’re going to run into that unsuspecting sports fan who suddenly shouts “Hey, did you catch that Celtics’ buzzer-beater?” after I had done everything possible to isolate myself from the outcome.  Let’s just keep that tip money coming, shall we? 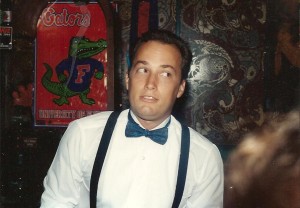 It was a relatively relaxed crowd I was serving.  There were no elbows thrown or bloodshed drawn a la Shane Battier in the Lakers-Rockets series.  In fact, from the texts I received, the only thing bloody about these games were the outcomes.

I knew the early game was a blowout from the get-go as I saw the Lakers establish an early 8-0 lead before leaving Sports Chump headquarters.  It was going to be a long afternoon for the Yao-less, Landry-led Rockets.  David Stern must have known a laugher was in store when he scheduled that game for noon Pacific.  The Lakers won by 19.

The late game was the one I wanted to watch: the Boston Celtics against my dysfunctional Magic.  The party was scheduled to go until 10pm, meaning, if I was lucky, I might be able to sneak out and catch the finale at a local Ybor City watering hole. 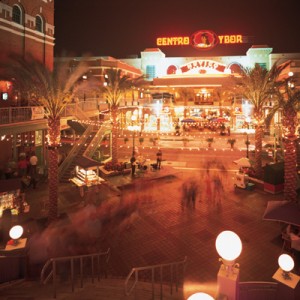 Standing faux-cheerily behind the bar, not a television in sight, I smiled insincerely like a beauty pageant contestant who had coated her teeth with Vaseline or Castor Oil or whatever they use to show their pearly whites.  Fortunately there was no swimsuit competition, just whiskey and sodas and the occasional margarita.  (Now there’s an idea… Miss USA meets competitive drinking.  It’d make for an interesting runway.)

An hour before the late game, I paced and poured, hoping my peeps would keep me in the know.  Sportschump.net has no budget for live streaming cell phones but we’re working on it.

My first text came from Brotha E at 8:26 pm.  Magic up by ten.  I first thought “Nice!” until I immediately realized they had coughed up larger leads than that with ease.

But the lead held.

Could Patrick Ewing have been right?  The Magic assistant coach had guaranteed victory, a bold move to say the least.  Could Dwight Howard, his understudy, fulfill his promise and defeat the defending champions?  A Game Seven win on the road in Boston would never have happened in the old, un-air-conditioned Garden.  The Celtics were a perfect 32-0 when leading a series three games to two.  But as head coach Stan Van Gundy prophesized, that record had to go down eventually.  Either that streak would come to an end or Van Gundy might meet his.

Suddenly, Brotha E texted again.  The Celtics had clawed to within four.  The collapse was imminent.  As I held a bottle of Dewars in my hand, I wondered who needed it more, my customer or me.

45-38 at half time, then soon another message from E.  Rondo had just dunked on Dwight Howard.  For those of you who don’t know, Rondo is about 6’1”, 170 pounds while holding a medicine ball.  Dwight is 6’11”, 265 pounds.  What in the world is going on?  Suddenly I was glad I wasn’t watching the Magic stomp on the hearts of its fans yet again.

Fortunately my event ended early and I closed up shop to see the last five minutes of the game.  As I sat down at a bar nearby and ordered my well-deserved Jack and Coke after a hard night’s work, the Magic, who were then up by 17, quickly allowed a Paul Pierce lay-up and a Ray Allen three-pointer.  Within seconds, the lead was down to 12.  Perhaps I was the one who had jinxed the Magic all along.

Ultimately, it was not to be for Boston that night.  Hedo Turkoglu, the Magic fourth quarter money man, hit successive jump shots, getting the lead back to 17 and that was all she wrote.  And now Ben Affleck needs a drink. 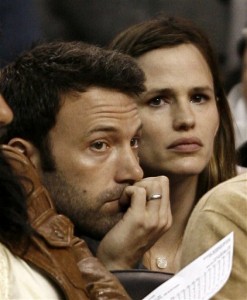 The Magic saved their best game of this playoffs for last, clicking on all cylinders.  Their perimeter game was way too strong for Boston.  The Magic made 12 three-pointers and shot 62% from behind the arc.  Mickael Pietrus was feeling it, scoring 17 and missing only one shot all night.  And Hedo finished with 25 points and 12 assists, one off his career playoff high.  Stan Van vindicated and bold promises kept.

Now the Magic face Bron Bron, who Kenny Smith has dubbed ‘the most dangerous man in the world.’  Las Vegas lists the Magic as 5:1 underdogs to win the series but don’t count out the Magic just yet.  Some of us have made that mistake before.