Next week marks the mid-point of the major league baseball season, to be celebrated on Tuesday with the 80th annual All-Star Game in all its regalia.

Traditionally, baseball’s All-Star Game was strictly an exhibition game between the most popular athletes the American and National League had to offer.  That all changed in 2002 when the All-Star Game was declared a 7-7 draw after 11 innings.  Fans went into an uproar, asking how such a disaster could come to pass.  Commissioner Bud Selig took the brunt of the blame.

That off-season, Selig decided to shake things up a bit.  The Commissioner proposed that the outcome of the All-Star Game (from here on out, there would be an outcome) would determine home-field advantage in the World Series.  The proposal was discussed in the 2002-2003 off-season and team owners voted unanimously to approve Selig’s suggestion. 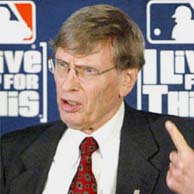 Selig has received considerable heat for this controversial change to the Midsummer classic.  Baseball purists continue to question why an exhibition game, played between players who might not play in the post-season, and managed by managers who will not manage in the post-season, should have any bearing on who gets an extra, October home game.

Consider the alternative, however.

Before 2003, home field advantage in the World Series was assigned arbitrarily by year and NOT by the team with the best overall record.  While home field advantage in the wild-card rounds and the League Championship Series is rewarded by merit to teams with the best records, prior to 2003, the extra World Series home game alternated by year, with the American League team getting the first two (and last two, if necessary) home games in even-numbered years and the National League awarded the extra game in odd-numbered years.  Sounds fair, doesn’t it?

While you might think home field advantage in baseball isn’t as important as in other sports, think again.  From 1990 through 2002, before the rule change, the team with home-field advantage won the World Series nine out of twelve times, with the only exceptions being the ’99 Yankees, the ’92 Blue Jays, and the ’90 Reds.  Over that same period, the team with the better regular season record only had home-field advantage in the World Series FOUR TIMES (’02 Angels, ’98 Yankees, ’97 Marlins, ’91 Twins).  All four of those teams were crowned champions, meaning EIGHT times during that period, teams that held a better regular season record than their opponent did NOT receive home-field privileges in the World Series.

Since Selig changed the rule in 2003, the outcome of the All-Star Game has had little bearing on who won the World Series.  While the American League has won the past six All-Star Games, National League teams have actually won three of the last four pennants (’03 Marlins, ’06 Cardinals, ’08 Phillies). 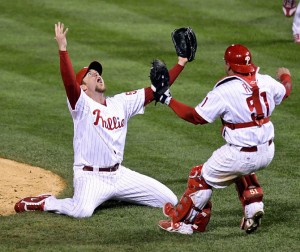 The argument that the All-Star Game should not affect the post-season does not hold water for it is clearly a dramatic improvement over the arbitrary and inequitable system that preceded it.

Selig’s intention by proposing this change was to add relevance to the All-Star Game.  In that respect, he succeeded.  The fact that the All-Star Game affects the post-season gives the contest new meaning.  Prior to that, the Commissioner was concerned players were taking the game lightly and not giving their best effort.  Clearly the decision has generated quite a bit of scuttlebutt.  It has probably affected how managers manage and players play out the contest.  That’s not necessarily a bad thing.

Commissioner Selig deserves plenty of criticism for his tenure over major league baseball, but not for altering this rule.  As seen recently, it has had little, if any, bearing on the World Series to date, and until another rule change is proposed, it is a dramatic improvement over the system that existed beforehand.