“Tito Puente’s gonna be dead one day, and you’re gonna say, ‘Oh, I’ve been listening to him for years, and I think he’s fabulous.'”

I was sitting at my local pool hall, tipping back a few.  I know… too many of my stories begin that way.

It was a few weeks ago and the Stanley Cup Finals were in full effect, as much as hockey can be in full effect in the South.  The gentleman sitting next to me was avidly rooting for the Detroit Red Wings, who happened to be losing that game.

As I know very little about ice hockey, I asked him what other sports, and teams, he followed.  After all, sportschump.net is a study in sports and all things otherwise. 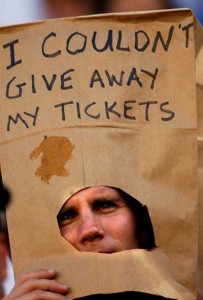 He went on to tell me that aside from being a Red Wings fan (Detroit), he was also a Packers fan (Green Bay)… and a Yankees fan (New York).  I asked where he was from as all these teams hail from three different states.  Turned out he was from the Midwest, which explained the Detroit and Green Bay allegiances… but the Yankees?  Understandably nobody roots for the Lions unless they’re wearing a paper bag over their head.  Rooting for them is like rooting for an illness.  But what about the Tigers?  Or Brewers?  Or Twins?  One thing this world definitely does not need is another bandwagon Yankees fan?  All apologies to the Steinbrenner family, but there’s enough Yankee fans to go around.  Much like they do with revenue-sharing, major league baseball needs to institute some sort of fan-sharing with the smaller market teams.

I have another friend some of you may have heard of, or possibly even had the pleasure of meeting.  He goes by the name Brotha E.  Aside from his steadfast allegiance to the Florida Gators, Brotha E is the quintessential bandwagon fan.  Originally from Philadelphia, E has rooted for the Eagles, Jaguars, Chiefs, Titans and Buccaneers. I know I’m forgetting half the teams he’s openly cheered for but suffice to say they were all atop the standings while he was doing so.

While E and I watched these most recent NBA Playoffs together, often in a whiskey induced haze as we are prone to do, I was pulling for the Magic, the NBA team with which I most associate since I lived in that city for ten years.  E, who we knew as a Lakers fan because of that fake, leather, mall jacket he wears, rooted AGAINST the Magic, and not just in the Finals.  When the Magic played the Celtics, E rooted for Boston.  A Lakers fan rooting for Boston?  Have you ever heard of such a thing?  That’d be like rooting for the road runner AND Wile E. Coyote.  When the Magic played Cleveland, he rooted for the Cavs.  As far as I know, E’s never even stepped foot in Cleveland.  Keep in mind, this is the same Brotha E who’s radio station broadcasted Orlando Magic games,  the same E with whom I attended perhaps thirty or forty Magic games, now hating on the Magic.  Explicable?  Hardly.

The ultimate bandwagon fan was my pops.  Growing up, he would consistently cheer for whichever team would win the championship.  Never the biggest of sports fans, I’d always ask him who he was rooting for.  He’d answer “whoever’s winning.”  Back then, that was the Yankees.  Just like Dad’s knack to select the tastiest item from a restaurant menu while I would routinely pick something less savory, dad knew how to pick a winner.  In fact, he’s the reason I grew up a Red Sox fan in New York.  They were the most anti-Yankees team I could find.

I’ve been a Red Sox fan since 1977.  A Buccaneers fan since 1983.  A Gator fan since enrolling at the University in 1987.  A Magic fan since their inception.  My allegiances are unwavering.  As a fan of those teams, I have suffered euphoric highs and devastating lows.  For every Bucky Dent, Bill Buckner, St Louis Rams, Kenny Smith, Nick Anderson free throw, Warrick Dunn, Charlie Ward and Lawrence Philips, there were also the two Red Sox World Series titles, five Gator national championships in both basketball and football and one glorious Super Bowl to wash away those bitter moments. 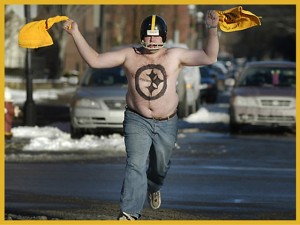 Team allegiances define us like our scars, birthmarks or astrological signs.  We experience victory and defeat week after week, year after year.  We either celebrate or commiserate with our friends over our beverage of choice, breaking down what went right or wrong.  When our teams lose, we feel hollow inside.  But when our teams win, all is right with the world.

Rooting for the teams we grew up with allows us to displace ourselves from reality if only for a moment.  Not doing so robs us of the opportunity to wholly invest ourselves in sport.

Look, it’s a free country.  Root for who you want.  Allegiances stem from different beginnings.  But rest assured, if you give to your one team wholly, the end result will be ever so rewarding.  Unless of course, you’re a Browns fan.

29 thoughts on “The Bandwagon Fan”