First and foremost, I’d like to thank all those who helped spread the Sportschump.net gospel by handing out bookmarks at Thursday’s Buccaneers-Dolphins game.  You know who you are.  We welcome all new visitors to the site and encourage you to read, react and contribute.  Pull up a chair, your beverage of choice and make yourself at home.  The second quarter, forty-five minute lightning delay gave us time to promote the site, handing out bookmark after godforsaken bookmark. The torrential downpour eventually caused many fans, including yours truly, to leave the game early.  Those who left didn’t miss much offense as Tampa Bay looked like the Bucs of old, unable to score a touchdown or consistently move the football.  Brotha E’s rendition of New York, New York later that evening was far more offensive than the Buccaneers passing game.  Both performances were forgettable, especially since Brotha E didn’t remember singing Sinatra until the following afternoon.  Morris may soon want to forget his team’s performance as well.

It looks like Dr Lou has been sipping some of his own medicine.  Either that or senility has finally kicked in.  The former Notre Dame coach and current ESPN announcer has predicted that Florida will play… NOTRE DAME for a national championship.  Not Texas, not Oklahoma, not USC, not Ohio State.  Far be it from me to doubt Coach Holtz.  If I knew who would reach this year’s BCS title game, I’d be on the first flight to Vegas to place a wager, but it certainly wouldn’t be on Notre Dame.  Their schedule is no cakewalk.  The Fighting Irish play at Michigan, Purdue, Pittsburgh and Stanford.  They host Nevada, Michigan State, Washington, USC, Boston College, Washington State, Navy and UConn.  Loyal Sportschump reader Jimmy Reese writes in that if Holtz’s prediction comes true, we should change his name to NOTRAdamus.  We’re currently looking to copyright that name.

Dale Carnegie wrote “How to Win Friends & Influence People” back in 1937.  Apparently Brandon Marshall never picked up a copy.  The Denver Broncos have suspended their Pro Bowl wide receiver for the remainder of the preseason for conduct detrimental to the team.  The troubled Marshall, who has asked to be traded, has previously been arrested for battery, DUI and domestic violence, garnering him more arrests than Pro Bowl appearances.  If you picked him for your Misdemeanor/Felony Fantasy Football* team, you’d have a nice jumpstart on your season. 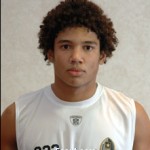 Remember how President Barack Obama began graying just a touch during last year’s election?  Similarly, rookie head coaches Josh McDaniels and Raheem Morris are starting to age before their prime.  In addition to dealing with Marshall, McDaniels also lost his franchise quarterback this off-season.  In Tampa, Raheem Morris is slowly starting to realize that “winning now” might not be an option.  After three preseason games, he has yet to name his starting quarterback.  Neither Byron Leftwich nor Luke McCown has established themselves as clear front-runners.  Whichever quarterback doesn’t get the nod may be put on the trading block, yet it’s unlikely they will hold much trade value.  Josh Freeman, the rookie, remains untouchable and is in dire need of a haircut.

There’s a new Fresh Prince of Bel-Air… and his name is Matt Barkley.  Head coach Pete Carroll named Barkley USC’s starting quarterback for the 2009 season, making him the first true freshman to ever start a season opener for the school.  The young Trojan will soon be thrown to the lions.  USC travels to Columbus September 12 to play an Ohio State team that has been waiting an entire year to exact revenge for last year’s 35-3 blowout.  I watched that game with three Buckeye fans last year.  Trust me, this game has been circled on their calendar since that night.  If you want to have some fun, go find yourself a Buckeye fan.  They’re pretty easy to find.  When you ask them if they’re looking forward to this game, watch closely as their eyes light up and blood rushes to their head.  A victory over USC would mark the first big game Ohio State has won since 2003.

US Open begins Monday in Flushing Meadows, New York.  Las Vegas lists top-seeded Roger Federer as an even money favorite to win his 16th major.  Andy Murray is seeded second and Rafael Nadal, who returns from injury, is seeded third.  Fifth seed Andy Roddick comes back at 11:1.  Second-seeded Serena and third-seeded Venus Williams are heavy favorites in the women’s bracket.  Roger and Serena are the tournament’s defending champions.

Remember in recess when you messed up and asked for a do-over.  Well, apparently you can do so now in the NFL too.  Due to a low hanging scoreboard in the newly constructed Cowboys Stadium, the Commissioner has allowed mulligans in the NFL.  Punters have pelted the scoreboard centerpiece in practice.  With the start of the season only weeks away, apparently adjusting the scoreboard is not an option.  The Commissioner will look for a long-term solution but for the time being, do-overs are now good.  This should make for some interesting home games.  If a ball hits the scoreboard during the game, the down will be replayed and the clock will be reset.  Replay officials can review whether the ball touched the scoreboard without a coach’s challenge.  They just have to throw the do-over flag.