It’s always a spectacle in the South when football kicks into full gear but this weekend is particularly big.  And by big, I mean HUGE!  The three conference powers all grace the gridiron, including a highly anticipated game between two unbeatens.  It’s also a important weekend in the Big Ten as the top four teams confront one another.  The NFL slate has six of its best going head-to-head as well as a crucial Monday matchup in between two division rivals.  For those of you who don’t dig on pigskin, baseball playoffs have officially commenced, as well. 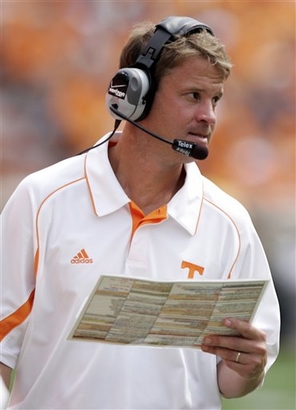 Athens is still bitter over last week’s controversial loss that may have been swayed by a late excessive celebration whistle.  This week, Georgia looks for redemption in the land of the Kiffins: Knoxville, TN.  Lane and company are still adjusting to life in the Southeastern Conference, awaiting their first win.  While Tennessee is likely out of the SEC East race, Georgia can keep its hopes alive with a win this weekend along with a victory over Florida on Halloween.  The UGA-UT matchup, which is always a great game, serves as an appetizer for the other two more crucial conference matchups later that day. 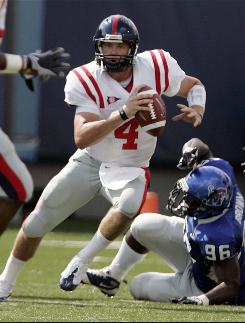 It wasn’t long ago that both these teams were ranked in the Top Five but a Thursday night loss at South Carolina two weeks ago knocked Ole Miss back to reality.  A victory over Alabama is a must if they want to keep their SEC West hopes alive.  Meanwhile, the Crimson Tide, who have beaten Ole Miss five straight times, continue to pile up votes as many think they’re the best team in the country.  They have yet to be challenged this season, averaging an un-Alabamalike but very Nick Saban-like 40 points per game.  If Jevan Snead wants to prove he’s the best quarterback in the SEC like Steve Spurrier voted, Saturday would be the day to start making his case. 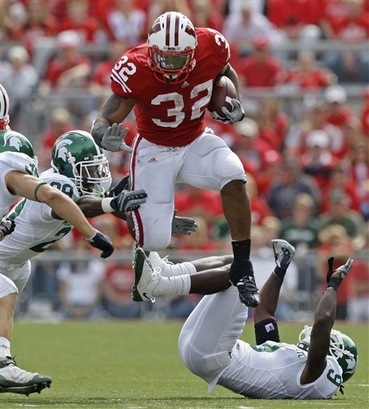 The two teams atop the Big Ten square off in Columbus on Saturday in what will give the winner a huge advantage in the conference.  The Buckeyes have bounced back nicely since their mid-September loss to USC, allowing only two touchdowns in last their three games.  But then again, those games were against Toledo, Illinois and Indiana. Wisconsin’s John Clay, the conference’s leading rusher, will be put to the test against one of the nation’s best rushing defenses in what should be a classic Big Ten battle.  Although ranked ninth in the nation, this is a must home win for the one-loss Buckeyes if they want to keep any hopes of a national championship alive. 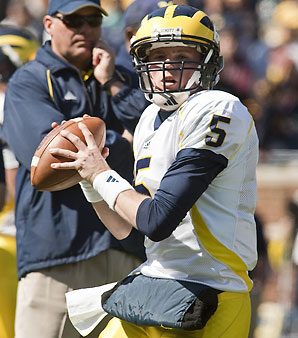 The other key Big Ten matchup takes place in Iowa City Saturday night, though it is highly likely most football fans will be watching a slightly more important game that kicks off in the bayou around the same time.  That doesn’t mean this game isn’t important.  Undefeated Iowa is still enjoying the spoils from upsetting Penn State, even though they barely beat Arkansas State the following week.  Michigan, on the other hand, is looking to rebound from an overtime stunner in which they lost to Michigan State, 26-20.  Both teams still have to play Ohio State later this season. 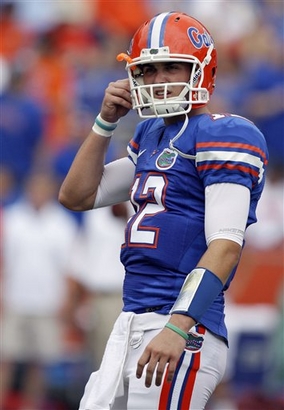 Concussion kryptonite.   Will he play or won’t he has been college football’s most asked question since Tim Tebow got knocked out of the Kentucky game two weeks ago.  This is college football’s biggest game to date, pitting the last three national champions against each other in what will likely be Florida’s toughest test of the regular season.  Baton Rouge at night is one of the most intimidating venues in college football.  LSU has defeated their last 32 opponents under the lights, including Florida two years ago.  Tim Tebow’s status will be determined at game time.  If he’s unable to go, backup John Brantley will assume the honors of keeping Florida’s undefeated streak alive.  Although LSU still has to play Alabama later this season, this game obviously has significant national championship implications, and even more serious health concerns for college football’s poster boy. 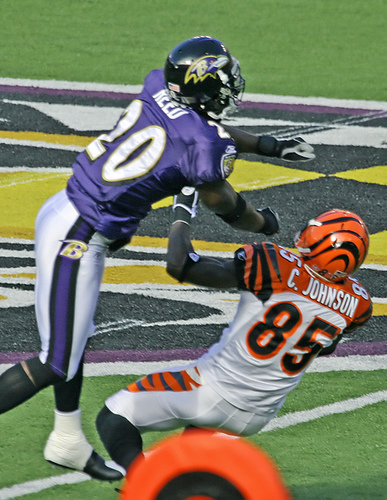 Who would have thought Baltimore and Cincinnati, and not the Pittsburgh Steelers, would be battling for first place in the AFC North?  Even more shocking is the fact that the Bengals are a Brandon Stokely miracle reception away from being undefeated.  The Bengals have quickly gone from dysfunctional to functional and are finally starting to show their fans they can play some football.  The Ravens will be a tough road test. 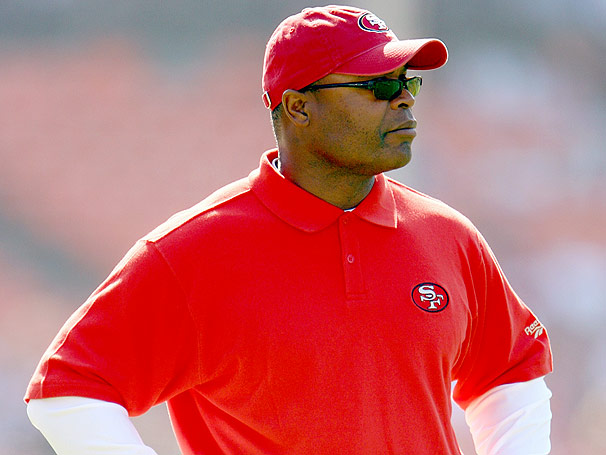 Two years ago, both these teams were abysmal.  In 2009, not so much.  Mike Singletary has injected his old school intensity into this San Francisco team and it’s translating into victories.  The Falcons became relevant again the day they drafted Matt Ryan.  Michael Crabtree finally broke his holdout but will not suit up for San Fran until after their bye week. 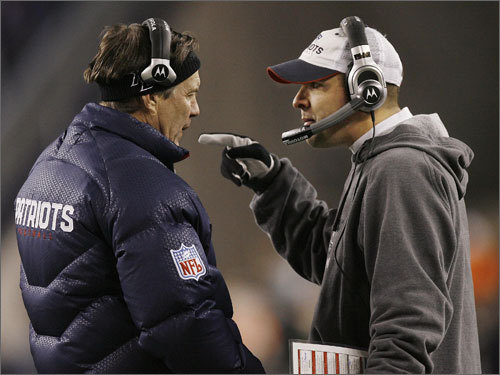 The Patriots have had a difficult schedule so far but have somehow come out relatively unscathed.  They’ve already played Atlanta, Baltimore and now travel to Mile High to face the undefeated Broncos.  Denver’s head coach Josh McDaniels graduated from the Bill Belichick system, coaching under him for eight years and three Super Bowl victories.  The Patriots are favored, but secretly we’re all hoping for a Denver victory to see if Coach Belichick can break his own personal record for the shortest, post-game handshake in history. 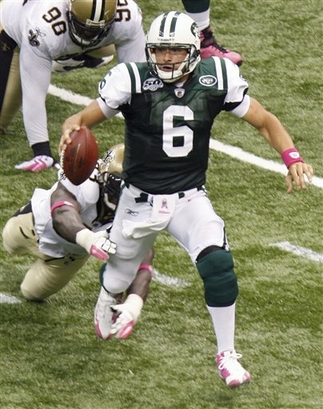 The way Brett Favre’s been chucking it around the ballpark lately, the Dolphins have to be happy the Jets granted him his release.  Instead, the Jets start Mark Sanchez, who is about to experience his first real test of AFC East hatred: Dolphin Stadium on a Monday night.  This is one of the true great NFL rivalries where fans of these two teams genuinely despise each other.  Both Miami and New York are solid defensively and with two young starting quarterbacks, Sanchez and Henne, we could be in for a turnover fest.