We now take a brief break from the world of sports to discuss cinema. 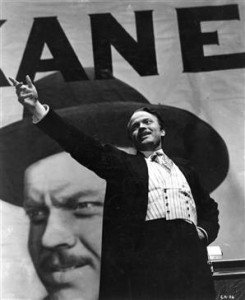 Movies are a matter of personal preference. A film that I may love, someone else may think is total garbage and vice versa. For example, critics acclaim Citizen Kane as one of the greatest films of all time. Personally, I think it’s unwatchable. I guess it’s a generational thing. I’m sure years down the road, people will see modern classics like Pulp Fiction or Crash in whatever technological format they’re available in at the time and think they’re pieces of crap. Or maybe they’ll stand the test of time. Who knows?

There are, however, more recent movies that I’ve sat through and wondered how people could have dubbed them cult classics. What am I missing? Again, cinema is a matter of taste. I won’t hold it against someone who thinks Titanic is the best movie of all time (it’s not, by the way), but I certainly won’t sit with them and watch it. I think I have a pretty good feel for what’s good and what’s not, but for the five movies I’m about to mention… I just don’t get it.

Do they make your overrated list? If not, feel free to throw your hands angrily in the air and tell me I don’t know what the heck I’m talking about. Convince me to sit through them again and I promise to give them a fair shake… while wincing uncomfortably on my sofa. Also please feel free to comment on any movies I may have forgotten. I’m sure there are plenty.

Mad Max – This movie is two hours of a young Mel Gibson, before he became openly anti-Semitic, driving up and down a desert road, running over freakish motorcycle riders in dusty leather jackets. Are we supposed to be impressed that some 1979 sci-fi movie predicted an oil shortage? How omniscient! That must have been real tough to come up with considering we were in the midst of an oil crisis at the time. This movie, from which a couple sequels were unfortunately spawned, is a far cry from some of the earlier science fiction films of the same era, like Terminator or Alien, which also generated considerably better sequels with a lot less dust. 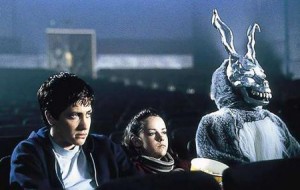 Donnie Darko – Ok Darko fans, don’t freak out on me. I’ve only seen it once. I’d like to try to give it another shot but I wouldn’t want to subject myself to two hours of Jake Gyllenhaal losing his mind and hallucinating to the vision of a giant stuffed bunny rabbit. But then again I didn’t watch Twin Peaks either. I rented Darko because it was labeled a cult classic. Perhaps I’ll watch it once again with a fan of the movie who could enlighten me as to what this movie is supposed to be about but then again, I probably wouldn’t want to hang out with that person anyway. I’m sure the feeling is mutual. 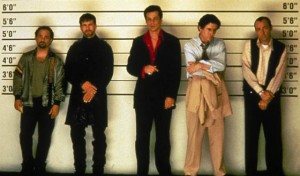 The Usual Suspects – Chazz Palmintieri’s bad wig alone is enough reason not to watch this movie, but what’s even more bothersome is how many bright moviegoers swear by this film. Who is Keyser Soze? Really? You couldn’t figure this out within the first five minutes of the film? IMDb voters rank Suspects as the 22nd greatest film of all time. I can name 22 other Kevin Spacey movies that are better than Usual Suspects. The only saving grace is Benicio Del Toro’s performance in which he’s utterly unintelligible but if I want to see that, I can always pop Fear and Loathing in Las Vegas into the DVD player. It’s infinitely more entertaining. 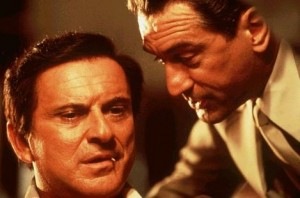 Casino – Let’s not pretend to enjoy this movie just because Robert Deniro and Joe Pesci star in it and Martin Scorsese directed it. This is the same brilliant combination that gave us Goodfellas and Raging Bull so why should I expect anything less? How many roles do I have to see Joe Pesci in before I’m convinced he can’t actually kick my ass. Casino just appears to be a forced movie where Scorsese tries to milk one last stereotypical role out of his two meal tickets. If I wanted to see a strung out Sharon Stone, I don’t have to pay admission to see it. I can just watch Entertainment Tonight. 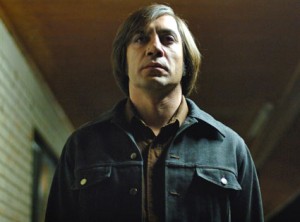 No Country For Old Men – I get it. It’s a movie that’s supposed to portray the inner mind of a sociopath. I’m all for watching a Spanish guy with a bowl cut and a forced American accent murder half of Texas with a modified oxygen tank but does that really warrant an academy award? Don’t you think the Coen brothers are much more proud of The Big Lebowski and Fargo? And who could forget Tommy Lee Jones as the southern detective trying to solve the crime. We’ve never seen him in that role before.