It’s rare that we at SportsChump.net are blessed with a photo that needs no doctoring or no explanation. It stands alone on its own freakish merit.

Such is the case this week.

Most of the major names surrounding baseball’s steroid scandal, i.e. Barry Bonds, Roger Clemens, Rafael Palmeiro, have disappeared into obscurity… until recently, when sports fans were shocked to see the emergence of a new-look Sammy Sosa.

Yes, ladies and gentlemen, that’s him.

So in the spirit of retaliation against someone who allowed us to believe that the late 1990s home run races were legitimate, let’s let him have it good in this week’s caption contest. 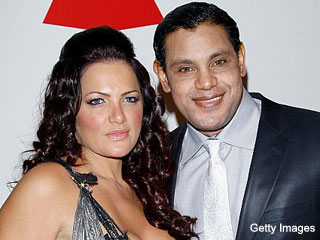