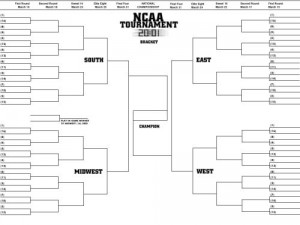 I’m as big a college basketball fan as the next guy. When March rolls around, I’m glued to the television set, incorrect brackets strewn across my living room. I yearn for the analysis of Clark Kellogg and the soothing sounds of Verne Lundquist and Bill Raftery. But is it really necessary for ESPN to already start bombarding us with Joe Lunardi’s Bracketology in mid-November?

College football is in full swing and we only recently started talking about bowl assignments. The last thing I want to hear a mere two games into the basketball season is how Jojo projects Butler as a lock for the Midwest’s fourth seed.

The ONLY good that can come out of discussing college basketball’s postseason this early is the hope that the BCS will incorporate a similar playoff format. But we all know it won’t happen in our lifetimes. So what’s the point?

Last Monday, we were witness to the coaching decision heard ‘round the world.

Up by six with two minutes to go, Bill Belichick of the New England Patriots opted to go for it on fourth-and-two rather than punt the ball from his own 29-yard line. The problem is they didn’t get those two yards and gave Indy the ball back a mere hop, skip and jump from the end zone. The Colts scored seconds later for the victory.

It was the talk of the day, if not the week. Coaches, players and analysts nationwide initially bashed Bill for this call. Then an odd thing happened. The following morning, people suddenly found logic in his decision. Many justified the move, commending Belichick’s trust in his offense enough to get the two yards. They called him bold and unconventional. They showed that, by the percentages, Belichick actually made the right call. I’m not exactly sure what numbers they were looking at. Punting in that situation is essentially a football no-brainer.

While the statistics over the years may prove that Belichick’s Patriots have one of the highest 4th down conversion percentage in the league, they probably don’t account for the times he went for it deep in his own territory up by a touchdown. Bill Simmons accurately pointed out that, although the Colts already had two touchdown drives in that final quarter, the amount of teams that have THREE touchdown drives in a fourth quarter over the past few years is minimal.

Few coaches have ever made the call Belichick made. Even fewer have done it up by six. But the Hoodie gambled and lost. He defended his move, saying he thought his offense could get the first down then run out the clock for the win. That didn’t happen. I guess when you have three Super Bowl rings, you’re allowed a few minor indiscretions. 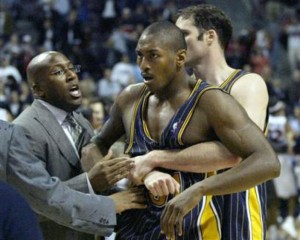 Malice at the Palace: Where were you?

Most fans can tell you exactly where they were when certain historical sports events took place. When Magic Johnson admitted to contracting the HIV virus, I was in grad school, wasting away time playing video games on my computer. I heard the news on the radio. When a baseball trickled through Bill Buckner’s legs, allowing Ray Knight to score the game winning run in the 1986 World Series, I was fighting back the tears as a freshman in my college dorm room.

When Ron Artest charged into the stands at Auburn Hills after a fan threw a beer on him, I was watching the game at Godzilla Richie’s house. He and I actually had a wager on that game, but thoughts of our three-teamer quickly flew out the window as we watched Artest and Stephen Jackson beat the tar out of a fan in the stands.

I remember staying up all night that night, watching lowlight after lowlight of that event. It was something the likes of which I had never seen before at a professional sporting event, probably because I don’t watch much European or Central American soccer.

After the melee, Commissioner Stern laid down a heavy hand, suspending Artest for a full season. Jackson was suspended for thirty games. Seven other players were suspended in what was the NBA’s lowest moment since Kermit Washington broke Rudy Tomjanovich’s jaw.

Last week commemorated the five-year anniversary of that moment. Piston season ticketholder John Green, who threw the beverage to start the brawl, and a kinder, gentler Artest have since banded together to see what good can come out of the incident. No word on whether they landed Sting or Bono for the album. 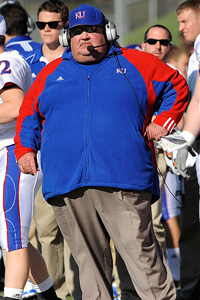 Not in Kansas anymore?

Football coaches these days are unfortunately measured by only two things: wins and losses. Somewhere along the line, we lost sight of the importance of graduation rates or molding tomorrow’s adults.

This past year has been littered with coaches setting improper examples for those they’re supposed to mentor. Rick Pitino had an extramarital affair in an Italian restaurant. Tim Floyd, John Calipari and Rich Rodriguez all had their names linked to NCAA violations in one form or another. Now we have Mark Mangino who’s recent comments make Bobby Knight look like a choirboy.

The current, and likely soon to be ousted, head football coach of the Kansas Jayhawks is being investigated for inappropriate verbal and physical behavior against his students. The most despicable of these are comments he allegedly directed at a former player who’s brother had just been shot.

When Jayhawk wide receiver Raymond Brown returned to the sidelines after dropping a pass in a game last year, Mangino apparently told him “’If you don’t shut up, I’m going to send you back to St. Louis so you can get shot with your homies.”

Wow, there are so many things wrong with that statement, I don’t know where to begin. Look, I’m all for disciplining student athletes and teaching them right from wrong. It’s an integral part of college athletics. But there’s a fine line between discipline and cruelty. Urban Meyer, Pete Carroll and Nick Saban all walk that line successfully while not denigrating their players. They also manage to mix in a sit-up or two.

Mangino built the Kansas program but if these and other allegations are true, Mangino should be shown the way out of Lawrence. He might want to introduce himself to a salad bar on the way out.