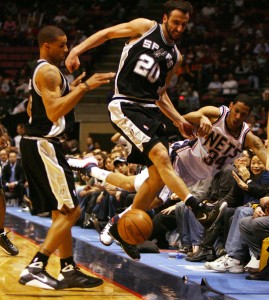 Lots of things in life suck. Crime, disease, poverty and yes… the New Jersey Nets. Not necessarily in that order.

Twenty-one games into this NBA season, the Nets are a lowly 2-19. That is not a misprint. The basketball season started six weeks ago and the Nets have recorded only two wins to go with their nineteen losses. Their two wins came against the Charlotte Hornets last week and the Chicago Bulls last night.

The Nets are losing games by an average of 10 points, second worst in the league. They’re scoring a league low 88 points per game. They are shooting 41% from the floor, two whole percentage points lower than any other team. The other night, they allowed Dallas to score 49 points against them…. in the fourth quarter. They’re already 15 games out of first place. At this pace, the Nets could be eliminated from post-season contention by New Years.

The Nets recently fired their coach Lawrence Frank, who secretly has to be thanking them for their charity like Semmi when he was ordered back to the Waldorf Astoria at the end of “Coming to America.” Oh, thank you, your highness. Frank has since been replaced with Kiki Vandeweghe and Del Harris, two experienced basketball minds. The two wins have come under the new regime so at least they’re moving in the right direction. They had nowhere else to go but up.

The previous record for NBA ineptitude to start a season was seventeen straight losses, shared by two teams, the 1988 Heat and the 1999 Clippers. The Heat were an expansion team and the Clippers were well… the Clippers. These New Jersey Nets recently eclipsed that woefulness with their eighteenth consecutive loss. Even after their team’s first win, Nets fans must be timidly awaiting the next lengthy batch of losses.

I’ll be honest, I haven’t watched a Nets game this season. Why would I? I’m a Tampa Bay Buccaneers fan. I can only take so much losing. Before writing this, I actually had to look up who was on the Nets roster. I know they have Courtney Lee who is averaging 10 points a game and shooting under 40% from the floor. So much for Magic fans who felt they shouldn’t have included him in Vince Carter trade.

The rest of New Jersey’s roster is comprised of NBA has-beens and potential future second stringers. Rafer Alston, Tony Battie, Keyon Dooling, Devin Harris, Chris Douglas-Roberts, Terrence Williams and Trent Hassell. These Nets might not be able to beat the best NBDL team? Now that’s something I’d pay to watch. But that’s as likely as Tim Donaghy having Christmas dinner with David Stern.

This coming off-season will be the most anticipated in NBA history. The list of free agents sounds like an all-star game: LeBron James, Dwyane Wade, Chris Bosh, Dirk Nowitzki, Amare Stoudamire to name only a few. The Nets are under new ownership, will have a brand new arena in Brooklyn and are well under the salary cap to attract some of those superstars.

Rapper Jay-Z, a close friend of LeBron, is one of the Nets’ co-owners. Their relationship is rumored to be a potential factor in bringing Bron Bron to Brooklyn. Let the NBA tug-of-war begin. 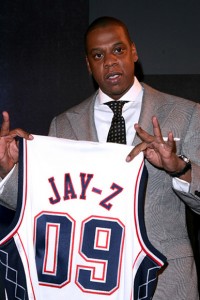 Have you ever had a friend ask you a really big favor and that you knew would jeopardize your own well-being? Well, that’s Jay-Z and LeBron right now. At 2-19, why would anyone in their right mind, particularly an established super star such as James, Wade or Nowitzki, leave their teams to start from scratch? And the Nets are definitely scratch. They’ll have the cap room. They’ll have the venue. But they lack foundation.

Fortunately Jay-Z’s, “Empire State of Mind” is number one on the Billboard charts. That should make up for what he’s losing in ticket sales. When he sings ‘the sidelines is blind with casualties,’ he must be talking about the poor fans sitting courtside, forced to watch Nets games. According to ESPN.com, New Jersey is averaging just under 14,000 fans a game. Anyone care to take the under? I can hear the sneakers squeaking from here.

In 1972-73, the Philadelphia 76ers went 9-73. To this day that remains the NBA’s worst regular season record. A few years later they landed Julius Erving. A few years after that, they won an NBA title. Nets fans are hoping this team can follow the same path to glory. They just hope they don’t have to deal with too many nine-win seasons before doing so.