There’s an old proverb that reads “Every end is a new beginning.”

There’s no telling whether the person to first utter those words was referring to Brett Favre’s loss on Sunday and his subsequent months of indecision over whether to return for another year.

So to honor what will soon become the summer of our discontent, as well as to commemorate the two teams that reached the Super Bowl (neither of which feature a gun-slinging, Wrangler wearing quarterback from Mississippi), I hereby present this week’s caption contest.

Seen here, a dejected Brett Favre sits on the sidelines after the New Orleans Saints just ended his season.

Ladies and gentlemen, start your imaginations. As usual, this week’s contest winner will receive eternal consciousness… so you’ll have that going for you, which is nice. 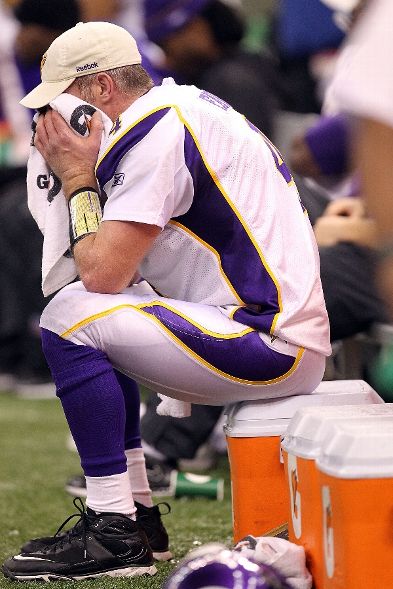