You and your buddies have been planning a Super Bowl party for months.  Deep down inside, you know the party with its canned beer, half-eaten bag of stale chips and couch that seats three will suck, but at least you’ll be with your boys for the most hallowed of all sports days.

Then your girlfriend gets a call from the doctor’s office where she works part-time and guess what…. her boss is throwing a Super Bowl party.  You’ve met him before, know he makes a mint and should throw one heckuva bash.  He’ll probably even have a plasma TV and those crescent roll-wrapped mini-hot dogs you love so much, but you can’t dis your boys.

So you’re in a bind.  The doctor’s party will have its merit, but having to explain the principles of illegal man downfield to those who don’t understand football isn’t always worth the free liquor.   Your friend’s couch may have fleas but at least he has a keen knowledge of the sport.

No worries, we’ve made it easy for you.  Here is sportschump’s end-all, be-all guide on How to Properly Host a Super Bowl Party.  Assuming you can’t get to Las Vegas to bet your Super Bowl odds the old school way, follow these simple instructions to host your own Bowl extravaganza. 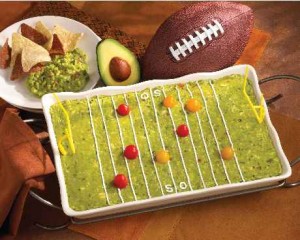 TREATS: What’s a party without supplies?  Plan your food purchase around how many people you’ll be having over.  The last thing you want is people leaving hungry by halftime.  Remember, you’re competing with the doctor.  While your knowledge of Super Bowl MVPs past is impressive, it might pale in comparison to his endless supply of baklava.  You don’t need the most luxurious of local catering but you’ll want plenty of finger foods.  Shrimp, chips, chicken fingers, subs, veggie trays, and pizza are all good suggestions.  Having people bring a covered dish is never a bad idea, that way you’re not left footing the bill.  Don’t forget the paper/plastic utensils.  You don’t want to be doing dishes for post-game celebration.

TV: Depending on the size of your place, you may consider two or more televisions.  A large-screen plasma isn’t required, but you don’t want twenty people huddled around your iPod either.  With anything more than a dozen people, you may want another boob tube so people can float around and watch.  Volume is also key.  Amazingly, not every person will be tuned into the game.  We suggest keeping the volume high enough so the conversationalists can get the hint.

COMMERCIALS: You get up for a beverage during a commercial break only to forget that some corporation has just spent $2.5 million on the next thirty seconds to sell you something you don’t need.  The next day, someone asks you if you caught that one commercial with the monkey in the tutu dress dancing the lambada and you feel out of the loop.  Don’t worry about it, your drink was better anyway and you’ll likely see that commercial for the rest of eternity.  But many partygoers will want to pay attention to the ads.  Keep in mind, that’s part of the Super Bowl and money makes the world go around.

LIQUOR: BYOB are four letters your friends should be familiar with.  It’s bad enough you’re going to have to clean the place on your own, you don’t need your crew getting drunk at your expense.  Have people bring what they’re going to drink.  Remember, one of the benefits of hosting a party is the leftover booze, assuming there is any.  Make sure people bring a variety so the gang isn’t drinking the same flavor of Arbor Mist all night.  Mixers are important too.  Keep an adequate supply of soft drinks and juices on hand.

GAMBLING: Since most of us won’t be playing Super Bowl odds at a Vegas sportsbook, we’ll have to make do with a pen and paper.No Super Bowl party is complete without a Super Bowl grid.  Aside from adding an illegal edge to your shindig, it keeps people entertained and gives everyone the chance to leave with more money than they came.  Create a ten-by-ten square grid on a large piece of paper and post it on the wall.  Do NOT assign numbers to the grid until all 100 squares have been filled out with names of people at the party.  Depending on the median income of the group, charge anywhere from a quarter to a few dollars per square.  Once all the money is collected and all the squares are filled in, assign teams and numbers to the grid.  One team is assigned the horizontal, another the vertical.  Have the prettiest girl at the party pick random numbers from 0-9 out of a hat and write them in the order they’re picked along the top and side of the chart.  Prize money can be awarded per quarter or at the end of the game, winners determined by the last digit of each team’s score.

Here’s hoping your party is a success.Don’t forget to send me an invite.I know what BYOB stands for.

36 thoughts on “How to host a successful Super Bowl party”