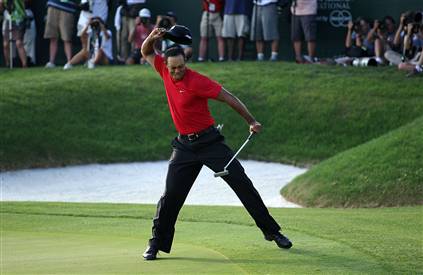 This is a tale of two, beautiful, March afternoons that took place only a few years apart… back when Tiger Woods was still playing golf.  At the time, I was living in Orlando, home of the Bay Hill Club & Lodge which hosts the Arnold Palmer Invitational, one of the PGA’s premier tour stops.

My uncle still resides in the plush Central Florida neighborhood which puts on the tournament.  Every year, he’d graciously, yet reluctantly, invite me and my drinking buddies to walk the course to see how golf is supposed to be played.  The fun thing about Bay Hill is that it coincides with both St. Patrick’s Day and March Madness, so the course is generally full of drunken sports fans griping about their brackets being busted.

I’d frequent Bay Hill as often as possible but two years in particular stand out in vivid detail, despite the unhealthy amount of bourbon consumed.

If you’ve ever attended a PGA Tour event, you know that you generally plan your day around the pairings, the layout of the golf course and the time you stumble out of bed.  The first time Brotha E and I attended Bay Hill together, Tiger Woods was at the top of his game.  He’s won this event six times, including four in a row from 2000-2003.  A devout Tiger fan, E’s plan was simple.  Forget the pairings; follow Tiger all day.

His plan paid off.  Tiger was putting on a clinic, on fire from start to finish.  In fact, he just missed shooting a 29 (7 under par) on the front when his putt on the ninth hole lipped out.

That Saturday, Tiger happened to be paired with Steve Lowery.  That’s when the Steve Lowery Fan Club was officially born. 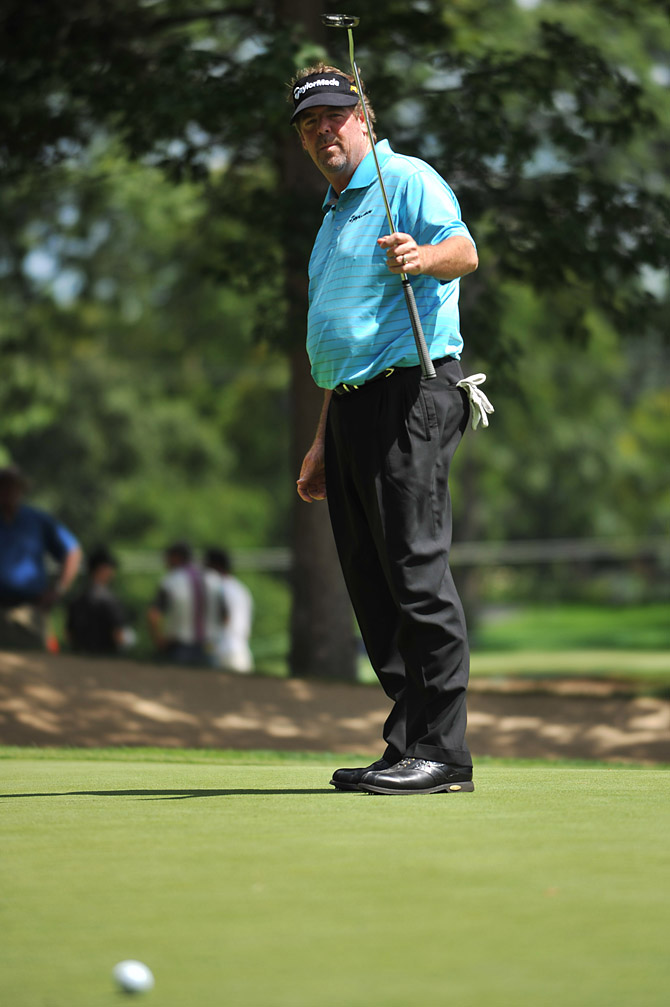 Now if Steve Lowery were playing golf with either you or me, he’d make a mockery of us.  After all, he’s a professional and has been so for over twenty years.  He’s amassed over $15 million in career earnings, far more than you or I will ever see in our lifetimes.  But compared to the golfers on tour, Lowery is barely above average.  He’s won only three PGA Tour events.  His best finish in a major was third place in the 2001 PGA Championship.

Lowery was playing well that day, however, keeping up with Tiger approach for approach.  In fact, on nearly every green in regulation, Lowery was actually closer to the pin than Tiger!  The problem is that putting is not exactly Lowery’s strong suit.*  Tiger would routinely putt first, sink his from farther out, leaving Lowery to putt next… and miss.  It eventually became comical, to everyone on the course except Lowery.

It got to the point that Brotha E was actually betting people in the crowd exactly how and in which direction Lowery would miss his next putt.  Long and to the left.  Short and right.  E, a good golfer in his own right, was nailing each prediction to a tee and earning a few bucks from the gallery in the process.

Fast forward a few years later to find E and I once again wandering around Bay Hill, mini-bottles of Jack Daniels clanging in our pockets.  Also in attendance this time was the Don Calvino and E’s youngest son, Sterling. 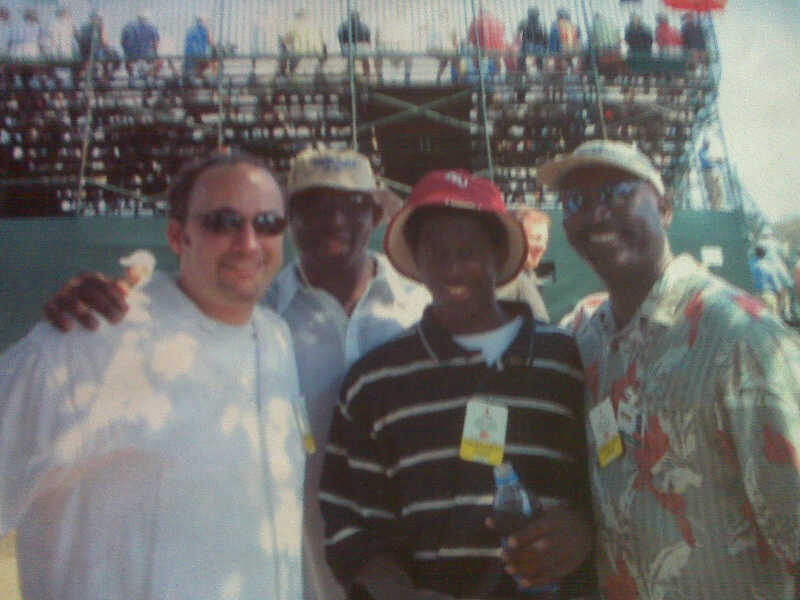 As usual, we followed Tiger for most of the day but somehow stumbled on to a green where, you guessed it, Lowery was once again lining up for a putt.  Now, the interesting thing about the PGA Tour is that literally 80% of the fans in attendance follow Tiger Woods, when he’s playing that is.  That means you can pretty much get up close and personal with anyone else on tour not named Phil, Sergio or Ernie.

Such was the case when we saw Lowery putting on this particular hole.  There were maybe twenty to thirty people around the green, if that.

Channeling his putting prediction prowess from years earlier, Brotha E once again whispered that Lowery would miss his putt long and left.  I chuckled, remembering how much fun we had last time but thinking there was no way E could possibly be right once again.

I’ll be damned if Lowery didn’t miss that putt long and left! 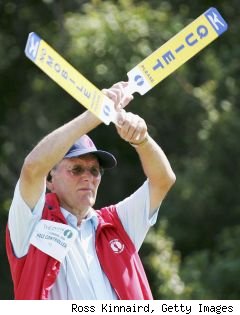 Again, etiquette is king at a PGA Tour event.  This isn’t the set of Happy Gilmore. There are tour personnel everywhere holding up “Quiet, Please” signs to ensure nobody talks, shouts or snaps pictures during any golfers’ backswing.  Silence is golden.  That was until Lowery missed that putt.

After watching that miss, I couldn’t help myself, letting out a guffaw heard course-wide.  Like a deer reacting to a gunshot, Sterling sprinted to hide behind the nearest tree he could find.  Don Calvino did the same although his somewhat larger frame is harder to hide behind your average pine.  Not only did everyone in the gallery turn and look in our direction, so did Lowery.  Let’s just say he wasn’t amused.

At that point, I’m not sure even explaining that we were the founding members of the Lowery fan club would have done any good.  He’s an Alabama boy who takes his golf seriously.  I shamefully yet comically broke the rules of etiquette, although I’d like to think both E and Jack Daniels share the blame.

So, Mr. Lowery, if you’re out there, please accept my most humble apologies.  Being from Birmingham, you should understand the effects that bourbon and a long day on the golf course can have on a person.  Please consider keeping me on as a full-time member of the Steve Lowery fan club once again.  After all, with Tiger gone, there’s plenty of room on tour for fans.

28 thoughts on “Brushes with sports greatness, Vol. 2: Tiger Woods, Bay Hill and the origin of the Steve Lowery Fan Club”