There are few plays in sports as exciting and momentum-changing, yet unfortunately underappreciated as basketball’s blocked shot. 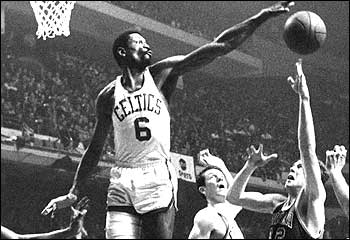 Many current NBAers have mastered the art of, not only the block… but keeping it in bounds.  Bill Russell invented that technique decades ago and finally, some of the better defenders in the game today have learned to appreciate its value.

As Russell will tell you blocking a ball out of bounds, while emphatic, still gives your opponent the ball back.  Gaining possession after that block, however, is not only game-changing, it’s emasculating.

Dunks are glorious but blocking a dunk is even nastier.  This year, we’ve seen some beauties.  LeBron James has developed into one of the game’s best weak side defenders, rejecting your shot attempt quicker than a hot girl does to a drunk at closing time.  But he’s not the only all-star honored below.  We also have San Antonio’s Manu Ginobili and the miniscule Nate Robinson.  This might not be a complete collection of the best blocks of 2010 but they’re the ones that have caught my eye.