What can I say?  This past week, I’ll freely admit, I fell prey to the non-stop, LeBron-a-thon that became ESPN, Twitter and the rest of the media outlets nationwide (although I feel a little dirty now that it’s all said and done). 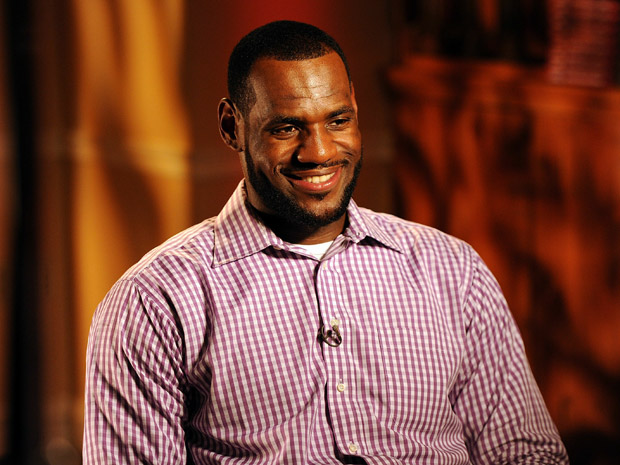 Since I don’t have a day job (I am employed, however, I swear), I was able to spend days leading up to “The Decision” doing nothing but digesting rumors, questioning sources, ranking LeBron’s potential destinations and laughing out loud at some of the inventiveness that Twitter, the internet’s newest fad, had to offer.

For those of you who have been living under a rock, the sports world has been at a standstill this week, waiting to find out what uniform LeBron James would wear next season, with absolutely nobody (allegedly) other than LeBron James and Maverick Carter, his chief advisor, knowing where he would sign.  New York? Cleveland? Miami? New Jersey? Chicago?  His nine o’clock announcement hung over all but one of those cities like a thundercloud waiting to burst.  Ultimately he chose Miami, ripping the hearts out of Clevelanders and simultaneously creating an entirely new persona for himself.  The backlash has been abundant.

Despite the fact that his decision dramatically shifted the powers in the NBA, I didn’t resent the constant coverage like so many others.  On the contrary, I reveled in it.  But I didn’t have a horse in this race.  I don’t hate NBA players for bringing this much attention to themselves.  But others did… with flair.

Since most of you were probably at work and didn’t have time to comb through Twitter’s comedic gems prior to “The Decision,” I thought I’d share some of the comments

Enjoy!  And best wishes to LeBron but I can’t say I’ll be rootin’ for ya.

Sloan_d: The most difficult about Boozer leaving is trying to explain to my 6-week-old daughter why the Jazz’d let one of their top-2 players walk.

christomasson: How would LeBron James commit suicide? By jumping off his ego.

WaterWarren: BREAKING NEWS!! Apple is releasing a special edition Lebron James iPhone. Problem is, it only vibrates b/c it doesn’t have a RING.

queenbellas: I hope Kanye West interrupts LeBron James and says, “Imma let you finish, but Jordan is the greatest player of all time.”

samantha_steele: LeBron “The Decision”= The Bachelor “The Final Rose”.. Dude loves himself, contestants lose their dignity & we’re lame for caring.

SportsChump: Just shot hoops at the YMCA.As I selected a basketball to shoot with, crowds gathered and awaited my decision. Must be something in the air.

And then there was one Tweeter who went by the name of LeBronJamesEgo.  He kept me in stitches for hours.  He even posted a picture of LeBron in shades as his avatar and listed his home page as Wikipedia’s definition of Narcissism.

Within 24 hours, he had over 1,000 followers.  Here are some of his masterpieces…

MY MUSCLES LOOK AMAZING TODAY. MUCH BETTER THAN CHRIS BOSH’S MUSCLES. OH DAMN YEAH I WENT THERE IT’S WHAT I DO.

I WEAR SOCKS ONCE THEN THROW TRASH EM. THEY’RE SAD NOT BEING ON MY FEET BUT IT’S ALL GOOD BECAUSE THEY’RE SOCKS AND HAD A GREAT LIFE.

FEATURED IN MY SPECIAL TOMORROW NIGHT: 1) SOME FOOTAGE OF ME JUST BEING ME 2) A POWERPOINT PRESENTATION ON WHY I LIKE MY SMILE 3) ORIGAMI.

THINKING ABOUT PLAYING IN MIAMI, BUT I CAN’T STOP LAUGHING ABOUT HOW WADE SPELLS HIS NAME: “DWYANE” THAT’S SILLY TO ME SO I LAUGH THE BEST.

COULDN’T DECIDE WHAT TO EAT SO I JUST HAD 17 DELIVERY GUYS COME TO MY CRIB. I CHOSE THAI BECAUSE I KNEW I WAS THE BEST AT CHOOSING LUNCHES.

COMPANIES ARE SPONSORING MY ANNOUNCEMENT TOMORROW NIGHT BECAUSE I TOLD THEM “YO” AND THEY WERE LIKE “YEAH” AND THAT WAS THAT.

TO ALL THOSE SAYING I’M GOING TO MIAMI: I JUST DID 758 PUSH UPS SO YOU JUST KEEP PLAYIN YOURSELVES.

GOT SUIT FOR TOMORROW AND WOMAN ASKED HOW I’M PAYING. I SAID “WITH SMILES” AND SHE WAS LIKE “OH DAMN” SO I JUST REALLY LIKE HELPING PEOPLE.

NEW YORK: JUST FOUND OUT MADISON SQUARE GARDEN AIN’T EVEN A GARDEN SO WTF? NO TULIPS NO LEBRON IS WHAT I ALWAYS SAY.

MIAMI: I’M NOT GONNA FRONT I LIKE THAT WILL SMITH JAM FROM BACK IN THE DAY SO MAYBE, PLUS I COULD WEAR MY JORTS IN THE NICE WEATHER.

CLEVELAND: YO THAT’S MY HEART AND I DON’T WANT TO LEAVE ALL MY FAMILY BUT MONEY IS REALLY FUN SO I MIGHT JUST BUY A NEW FAMILY INSTEAD.

MY BOY JAY-Z AND I ARE IN THE LAB WORKING ON A SONG. RIGHT NOW THE HOOK GOES “OH LEBRON YOU SO LEBRON” I’M LIKE YEAH BOY BUT JAY SEEMS SAD.

CHECK IT – I’M NOT ALWAYS BOUT ME I’M GONNA SAVE ONE ANIMAL FROM THE BP OIL SPILL AND NAME IT LEBRON JR. WHO WILL BE THE LUCKY SEA TURTLE???

I READ GILBERT’S LETTER AND IT’S ALL GOOD. GUESS WHO’S NOT GETTING HIS CAVS CROCS BACK? IF YOU GUESSED GILBERT YOU’RE GOOD AT GUESSING.