I couldn’t have been more giddy all throughout Wednesday. MSG stock was flying, celebrities were rushing to their Twitter accounts to brag about knowing Lebron was choosing the Knicks, and everyone and their mother was reporting that Lebron was either having dinner with Allan Houston, staying at his house or watching Avatar on Blu-Ray with him on his couch.

I woke up this morning at 6:15 and read an email that my friend sent out at 2:30am. Apparently, Chris Broussard (ughhhh) was reporting Miami was nearly a done deal. I shrugged it off. Clearly it was misdirection. Nobody wanted to spoil Lebron’s 1 hour special a full 12 hours early. Denial summed up my day. The reports kept coming in saying Miami was his destination even reports about parties booked in South Beach. 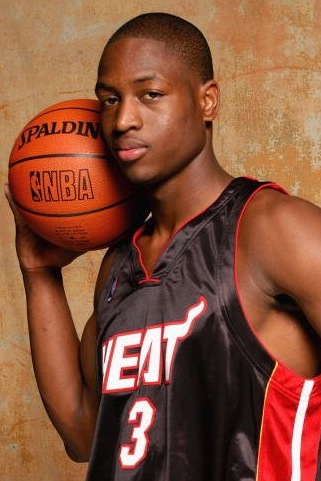 Maybe it was because I was surrounding myself with material that kept preaching a chance for the Knicks. Tommy Dee from the Knicks Blog couldn’t have been more on the same page as I. Plus, has there ever been a free agency selection like this. So much flip flopping, so much denial, so few legitimate sources. There was something fishy going on and I kept thinking in the back of my mind…

Miami makes no sense. That’s Dwyane Wade’s town. Where’s the competitive spirit? That’s such a cop out! Miami is a football town, nobody cares about basketball there. Where is that team’s legacy? Making the conference championship a few times in the 90s? It just seems so “not-Lebron”

So I held out hope, and frankly was quite anxious when Lebron started talking. I didn’t expect to react like that. Why get my hopes up when everyone was counting the Knicks out? Thinking back (to 10 minutes ago) it had less to do with thinking that the Knicks had the best shot and more to do with the fact that MIAMI MAKES NO SENSE. 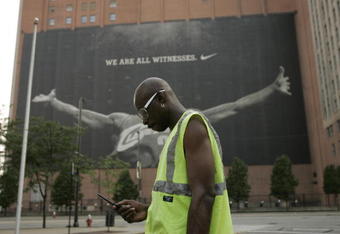 So I’m sad for the Knicks. I’m certainly sad for Cleveland. But honestly, I’m more sad for the NBA. I don’t think there’s going to be competition for this team. Sure, there’s the argument that they’ll be stuck with a bunch of D-Leaguers, but it doesn’t matter! These guys are going to make everyone around them exponentially better. That’s not even considering the veterans that are going to sell out just to win a championship. Heck, what if they score a late round steal in the draft, someone that matures like Rajon Rondo. They’ll be absolutely unstoppable.

Yea, the Lakers can probably match up well, and I’m sure the Celtics or Bulls will put up a decent fight in the playoffs. But do you realize what this means for the future? What NBA superstar is going to remain with his own team (paging Dr. Durant) to sign a big contract unless he’s got massive help around him. Guys are going to have to abandon their competitive spirit and team up with other superstars simply to have a chance to beat Miami.

So I’m bummed, yes. But there are definitely some things to look forward to, both as a Knicks fan and a basketball fan in general.

For all of you NBA fans out there…We can all hate Lebron now!

Going back to Cleveland: Righteous move, trying to win with the hometown team.

Chicago: Still close to home, ready to win now, can’t blame him for seeing an opportunity to carry on Jordan’s legacy (a player who he has adored forever) 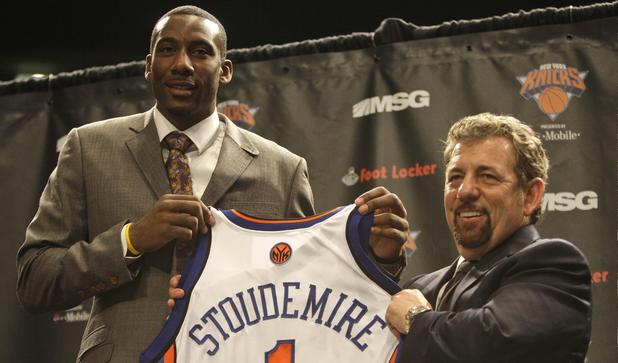 New York: There’s nothing like winning in the Garden and I’ll argue to the death that although they didn’t have the best shot to win next year, they were by far and away the team best set up for the future.

But now that he’s moved into Dwyane Wade’s garage everyone can team up and hate Lebron. No more cheering MVP when he comes to the Garden! The only thing left in the NBA will be a general consensus of “Down with the Heat!”

As for us Knicks fans, there’s one move that needs to be made. Plan B is in place, and sounds like a done deal. A sign and trade with David Lee to Golden State for Anthony Randolph, Kelenna Azubuike, and Ronny Turiaf. I think Randolph (who isn’t even 21 yet) can and will be a superstar. A guy that, a few years down the road, could be better than Chris Bosh. As for the other two, they have manageable contracts and give the Knicks much needed depth and a legitimate chance to make the playoffs. I don’t expect them to win anything, but getting to the playoffs could be huge. Carmelo knows that he can’t compete with the new powerhouses in Denver. The Knicks are his team and I’m sure he’d love to show up Lebron and bring a title to the Garden. I hate to start thinking about free agency next year, but what else is there?

It’s a very scary possibility that the Miami Heat could win the next 5 NBA titles. I’m disgusted, frustrated, sad, optimistic, and surprised all at once. But mainly, I’m glad this stupid thing is over with. Bring on the 2010-2011 NFL season. I need to beat up on some freakin’ dolphins quickly!

49 thoughts on “Instant Reaction to LeBron and Miami? Not Speechless…”