As I sit here on my sofa writing this, you’re probably out at a casino, golf course or ritzy, all-you-can-eat buffet somewhere, having the time of your life.  But I have something other than cards, bunkers and food on my mind. 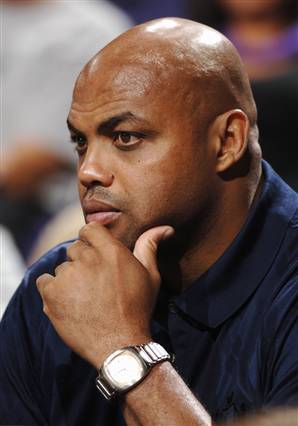 It’s no secret that you’re currently mulling over whether to leave the four-time Emmy award winning Inside the NBA for general managing pastures.  While this might be the right career move for you, I think I speak for basketball fans across America when I beg of you…  PLEASE DON’T GO!

When we heard the news that Steve Kerr had stepped down as GM of the Phoenix Suns, a nation of collective round ball addicts and TNT watchers shuddered, knowing you’d be a leading candidate to replace him, and thus leaving the greatest sports show on television in your wake.

Anyone that follows the NBA understands you have the burning desire to step into the front office to put together a championship team, earning that ring that eluded you as a player.  We also know that after playing in Phoenix, that town soon became your second home.  The Suns job seems the perfect fit.

But think of us for a second, Chuck, your people.  I know we should want what’s best for you but to paraphrase Colonel Jessup, we want you on that set, we NEED you on that set.

You have a style unlike any other we’ve ever seen in an analyst.  You are honest to a fault and comical in the process, something our coverage of the sport so desperately needs.  You were the first television personality I EVER heard tell an audience, prior to the broadcast, that there was no reason for us to watch that evening’s game because one of the teams outright sucked.  That goes against every rule of network self-promotion.  But we watched anyway, if only to hear you tell us how right you were all along. 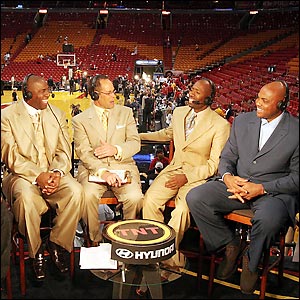 “We better not be doing the Bulls this year. Man, they suck! Bunch of high school kids with $70 million contracts. Damn! I hate my mother for having me too soon.”

“It’s kinda great to see the Celtics doin’ well again cuz that was so much fun in my day to go to the Boston Garden and they spit at you and throw things at you and talk about your mom. It sounds like dinner at Kenny Smith’s house.”

Chuck, if you leave, TNT double-headers just won’t be the same.  The last thing any of us want is for you and the Jet to be replaced by the unintelligible shouting match that is Chris Webber and Gary Payton.  Save that for NBA TV.  We’ve come to expect better.

Tim Legler said it best.  Becoming a general manager requires a full-time commitment.  Right now the only thing you appear committed to is blackjack and Taco Bell…. and that’s okay.  That’s why we love you.  Nobody questions your eye for talent.  Most of us think you’ll be a fine GM.  We’re just being purely selfish.

Sir Charles, we wholeheartedly wish you the best in whichever path you choose but, for our sake, please consider signing a lifetime contract with Inside the NBA.  After all, you have your fans to think about.

Besides, being a GM isn’t all it’s cracked up to be.  Just ask Kevin McHale.