If I had a dollar for every time the Jets managed to screw something up when things were going well, I’d have enough money to pay Darrelle Revis whatever he wants. But then this entire post would be completely unnecessary. Ah, the circle of life.

Revis Island could use some maintenance. The shrubbery hasn’t been groomed, there’s monkey poop everywhere, yada yada yada some more nickname jokes. Darrelle Revis hasn’t tweeted since July 31st. His most recent tweet was a reply to “Wild_for_Woody” where Revis sounded pretty testy in regards to shutting up about his contract. He probably got a nasty call from his publicist and hasn’t said a word since.

But with Hard Knocks starting and me being a pretty rabid Jets fan I figured the issue needed addressing. Please excuse both the length and the seriousness of what follows. 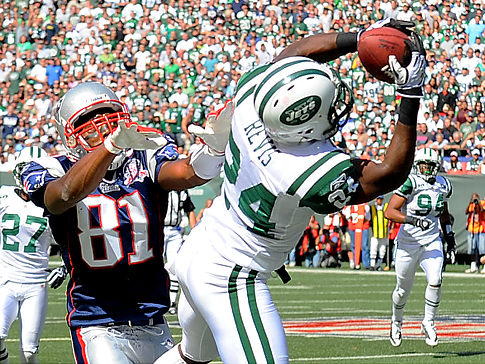 So I’m Darrelle Revis. I’m the best cornerback in the NFL. My coach knows it, my GM and owner know it and frankly everyone except the idiots who vote for defensive player of the year know it. The 2009 season finishes with a tough loss to the Colts. GM Mike Tannenbaum comes to me after the game and says,

“Darrelle, we want you to be a Jet for life. Let’s discuss tearing up your current contract and making this possible.”

So I go on Google to search the interweb to see how much money I’m scheduled to make next year. Under $1 million dollars? How is this possible when I’m the best CB in the league? So I call up Jerry McGuire and tell him to show me the money.

My thoughts (I’m me again…not Revis):

Revis deserves more money and you can’t get upset at the guy for wanting to get paid more than he’s scheduled to get paid this year. The fact that he would be the 8th highest paid defensive back on the Jets would clearly be a travesty. You also have to recognize what happened to Leon Washington last year to understand Revis’s mindset. A friend of his wasn’t offered as much money as he wanted (although the rumors were that he was still offered around 5 million dollars a year, not bad since the Jets had 100% leverage, but that’s a whole other story). They started their careers together with the Jets. Then all of a sudden in a game they won 38-0, Leon suffered a compound fracture. His bone went through his leg! We’re talking potentially career threatening injury here. So he’s rehabbing and get’s a call from his agent in April, during the draft saying that he’s been traded to Seattle. The Jets didn’t want to resign him. So Revis clearly has a bad taste in his mouth in regards to playing for little money and a team showing no loyalty.

The unfortunate aspect of all of this is that when Revis was drafted, he held out for this contract. So there are definitely people out there saying, man up and play out the deal that you held out for. But do I honestly expect a $100 million guy to risk his career, no matter how unlikely, simply because he signed a rookie contract? No. If NFL teams can cut guys whenever they want because there are no guaranteed contracts then I think players can hold out whenever they want. Unfortunately in a flawed system like this, it has to go both ways. 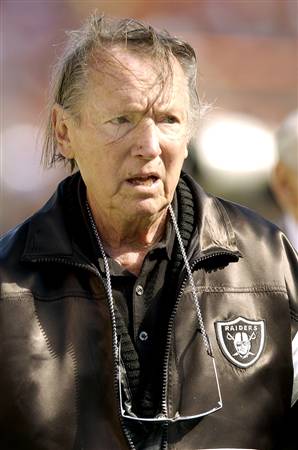 But Revis did hold out for this deal. And since this is a business, he can’t be oblivious to the fact that the Jets are a) restricted somewhat by the 30% rule and b) from a purely FISCAL standpoint, it doesn’t make sense to shell out major signing bonuses right before a possible lock out, regardless of how good the player. He also can’t simply ignore the situation in which Nnamdi Asomugha received his massive contract. Al Davis is SENILE. There is absolutely no method to his madness. If Revis really wants to spend the rest of his career with the Jets, knowing the young talented core that they have it is extremely selfish to demand a contract of $16 million a year. You can’t pay a cornerback that much while also paying guys like Mangold, D’Brickeshaw, Harris and Sanchez, not to mention the other talented players whose contracts are up at the end of 2010. If you want to win championships (PLURAL) then you have to be willing to sacrifice a little. Is it really so outrageous to ask that he takes a contract that contains some fluff, a 12-13 million dollar base with bonuses that he’s really not going to make but that increase the figure to make him the highest paid corner in the league?

Revis has always been a humble guy. Unlimited talent and potential but never talked trash and always worked hard in practice. When big name receivers said they were going to catch this many balls or score this many touchdowns, Revis didn’t make a peep and shut them down like clockwork. It just seems so out of character that he wouldn’t be able to compromise on a contract, where he’s still going to make tens of millions of dollars for the betterment of his team.

From the Jets standpoint it’s the same story. They have the leverage in the situation. They have an outstanding defense, a 1st round corner that is already impressing and Antonio Cromartie who is turning heads like crazy in camp. They signed Revis to this deal, a deal that he held out for and they expect him to honor his contract. They also have a core of young players, a core that other teams would die to have and they know that there are a limited number of resources available to keep them all around. But it was incredibly foolish to go to Revis and make such an early first move in regards to extending his deal without being certain that he was going to accept their offer. 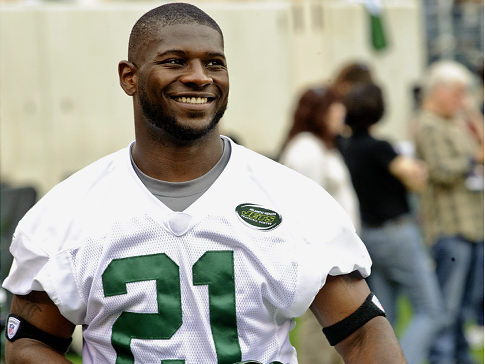 But they also made an effort to make this year the year that to go to the Super Bowl. They brought in hired guns, guys like Braylon Edwards, Santonio Holmes, Ladanian Tomlinson, Jason Taylor, Antonio Cromartie, etc. Guys that are on one year deals, the majority of which the Jets won’t have the ability to resign. That’s even if football is being played next year (which is a big possibility not to happen considering the current state of the CBA talks). It is so hypocritical to be this blatantly obvious about competing this year and not making the greatest of efforts to sign Revis. This team is good without Revis, but they have no chance of winning a Super Bowl.

As a Jets fan, this is the “same old song and dance” for a team that always seems to screw up when it matters. Yes, there is still plenty of time for a contract to be signed and I know these hold outs usually get resolved in the last remaining hours, but it really shouldn’t have come down to this. Hard Knocks shouldn’t be dedicating 15 minutes of each episode to the Revis’ holdout when the team has much better television to offer. I want to say, screw it, pay the guy whatever he wants and let’s win a Super Bowl. But in the long run, I’d much rather be able to maintain the amazing core of players that the Jets have assembled.

With everything that’s been said in the last couple days, I’m starting to get seriously worried. I think it all comes down to the guy who has been able to make everything work for the Jets. Put Rex Ryan in a room with Revis. No GM, no agents, no owner, just Darrelle Revis and Rex Ryan. You just have to hope that the humble competitor in him, the guy who kept quiet when Chad Ochocinco was talking all that trash, the guy who congratulated Charles Woodson on winning the award he deserved, simply comes out and says, “Screw it. I just want to play football.” And if that happens, 7 months down the road when he’s holding the shiny Vince Lombardi trophy in Dallas, Texas I think he’ll laugh about how everything went down. But for now, it’s the awful game of wait and see…

16 thoughts on “The Sinking of Revis Island”