So much of modern sport has boiled down to an athlete ‘selling the call.’  Whether it’s a soccer player tugging a jersey, a basketball player feigning contact to warrant a charge or a catcher moving his mitt back into the strike zone to make a ball look like a strike, all these techniques have become part of the game and have been for a long time.  The intent?  To sway the official’s call by bending the rules. 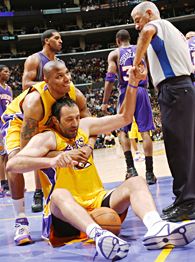 Yet more than any of these acts, fans see flopping as a character issue.  We criticize guys like Pau Gasol, Vlade Divac or pretty much every soccer player out there for doing so, yet they’re often rewarded for this kind of play. For example, in the 2010 World Cup, Brazil’s Kaka was given a red card, and summarily ejected from the game, after an opponent ran into him.  Instant replay later proved the ref got the call wrong but Brazil was still penalized.

With so much emphasis these days on getting the call right, officials are still NEVER commended for a job well done.  They are only ridiculed and reprimanded after getting a call wrong with little regard for how these forms of ‘cheating’ make their jobs more difficult.

Over the past few years, there’s been a movement to penalize the floppers.  Some think “habitual floppers” should be given technical fouls.  But with so much to keep their eye on, refs understandably have difficulty determining who initiated contact.  There’s no telling that even instant replay would correct the issue (see: Tuck Rule). 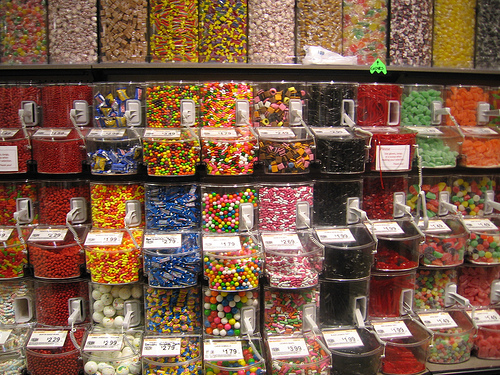 In real life, we bend the rules all the time.  We go seven miles over the speed limit, we leave work fifteen minutes early, we take candy from the dispensers at our local supermarket without paying for it, all because we know we won’t get caught.  (I swear I’ve never done any of these things).  We’re not breaking the rules per se.  We’re only bending them to suit our immediate needs.  Yet once again, we make the mistake of holding athletes to a higher standard.

To most, flopping seems like cheating… but then again aren’t all those things as well if they intend to bend the rules?  How is flopping any different from holding that doesn’t get called, a catcher trying to sway an umpire’s opinion or an infielder pretending to touch second base while turning a double play.  They’re not.

So my question is… would you flop?  Your immediate response is probably “I would never stoop so low!  It’s cheating, immoral and plain old wrong!”  But if you knew drawing a foul, altering the strike zone, or any such technique would affect a call and put your opponent at a disadvantage, then why WOULDN’T you do it, particularly when millions of dollars, and possibly your livelihood as a player, are at stake?  It’s taking advantage of the human element in sports.  Like Alfre Woodard said in Blue Chips “A foul is only a foul if the referee blows his whistle.”

So think twice before rolling to a stop at your next red light on your way to attacking Derek Fisher for taking a charge.  What you’re both doing might be one and the same.

25 thoughts on “Defending the flop: A practical look at bending the rules in sports”