The recent and ongoing hysteria about Tiger Woods, Lance Armstrong and other sporting celebrities is understandable in terms of selling news, but the sanity levels are still being debated. It seems that if hype is the currency, that’s what’s published. The actual level of interest in sporting star’s private lives can vary a lot. Whether you’re a soccer superstar like Beckham or a netball guru, a pool player or a marbles champion, you can expect the media’s dubious ideas of proportion to be involved.

A couple of case studies: 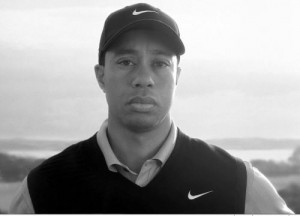 Tiger Woods is one of the all time great golfers. He was revered as a true champion. The gloss came off with a divorce scenario which would have left a soap opera gasping. Regardless of Tiger’s indiscretions, the line was drawn nowhere in terms of digging up any amount of dirt, real or imaginary, implied or based on statements with or without credentials.

The net effect was massive mood shift. In an individual, it’d be called a medical condition, but in mass media it’s apparently normal. The result was that Woods lost a lot of endorsements. The sponsors reacted to the media’s coverage, quite regardless of his career achievements or any sense of propriety in terms of a private matter.

Woods management could have been better in terms of PR. Instead of taking the quite legitimate course of telling the world to mind its own business, a series of press statements tangled up the ability of Woods to keep the situation in a rational perspective. 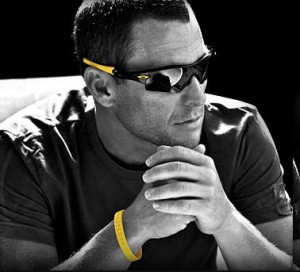 Lance Armstrong is one of the true heroes of cycling. He owned the Tour de France for years, an unparalleled achievement. That’s made him a target for negative publicity, in the eyes of mainstream media. An allegation, not a judicial investigation, of doping was enough to get the world’s media into a frenzy of innuendo.

Doping is well known in cycling. A recent Tour de France was deemed a “farce” by cycling experts because of the very high level of proven doping cases. The furor died down soon enough, but Armstrong, given his profile, is effectively news if he blows his nose. Another great case of perspective which magnifies selectively. A celebrity is guilty until proven innocent.

That’s no coincidence. They’re more newsworthy as guilty or suspect entities than they are as innocent. Anyone remotely associated with Armstrong is actually referred to as an “associate of Lance Armstrong”. It may not be subtle, but it does work. A person who would otherwise be a nobody, when tacked on to Armstrong, becomes a somebody.

The payoff for sports

Whether generating an environment of dog eat dog in the sports media is a great idea is highly debatable. A lot of this highly unprofessional journalism borders closely on defamation, a true no-brainer for real journalists. It’s also a terrible approach to relationships with a sport where verbal hatchets will be resented not only by the sportsmen and their colleagues.

The internet, which is less impressed by hysteria than the tabloids, could be the cure for this rabid approach. As true professionals journalists enter this medium it may be the end of this quite unacceptable culture.

13 thoughts on “Tiger Woods, Lance Armstrong and others vs. the media”