SportsChump would like to introduce a new, interactive feature called the Hail or Rail Scale (name subject to change based upon better suggestions from readers).  It’ll be a weekly, or monthly, or every-so-oftenly barometer where we quantify how much we love or hate certain figures in sports and entertainment.

Our state-of-the-art statistics department will keep an accurate account of these numbers and will ultimately determine who are our most beloved athletes and those we’d like to kick to the curb.

If there are any athletes that I failed to mention in our flagship Hail or Rail Scale, please submit them for our consideration. 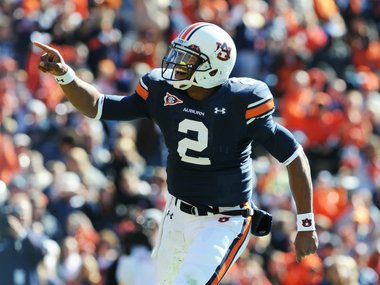 The average sports fan is generally oblivious to the seedy underbelly of college football recruiting.  We assume some illegitimate stuff goes down, a secret handshake, a private loan, but we don’t give much of it a second thought.  That is until we hear that a Heisman hopeful allegedly requested hundreds of thousands of dollars to attend a particular university.  Our ears perk up.  How could this be and how often does it happen that we don’t know about?

It’s been three straight seasons that a sophomore has won the Heisman Trophy.  After the Reggie Bush debacle, stripping athletes of their Heismanism is not another streak they’d like to start.  Don’t be surprised if the Trust thinks long and hard before giving their beloved trophy to someone who’s even slightly linked to alleged wrongdoing, even if the accusations are totally false.  After all, Cam’s innocent until proven guilty, right? 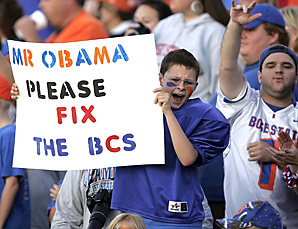 What must an undefeated team do to get respect?  Boise hasn’t lost a game in nearly two seasons.  When it comes to the Broncos, the BCS is in a lose-lose-lose situation.  They can either exclude Boise State from the title game, which will prove absolutely nothing.  They can put them in, have them lose to a major conference opponent and prove they didn’t belong in the first place.  Or they can vote Boise in, have them win a national championship and prove that the BCS conferences aren’t all they’re cracked up to be.  None of these options can possibly sound palatable to the masterminds behind the BCS.  In the meantime, Boise keeps winning ballgames and continues to get bypassed in the polls.  For that reason, they rank on our list, not because they’re hated, but because they get NO love whatsoever. 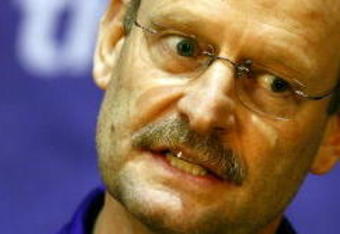 I really don’t want to write any more about this guy than I already have.  Can someone please put coach Childress out of his misery?  He’s called out his quarterback in post-game press conferences and has picked fights with Percy Harvin.  It sounds to me like he’s begging to be fired.  He might be a happier man for it.

I have a friend, a lifelong Vikings fan, who is over the Minneapolis melodrama.  For him, the season can’t end soon enough.  Sidney Rice’s hip, Adrian Peterson’s fumbles, Percy Harvin’s migraines and Brett Favre’s ahem have exhausted even the most dedicated Vikings fan.  In hindsight, maybe Childress was the wrong guy to manage this experiment. 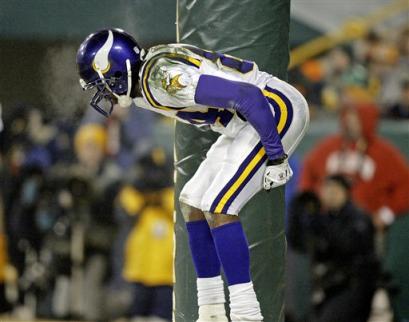 Was there any doubt who would top this week’s most hated personality list?  Even former teammate and mentor Cris Carter didn’t have Moss’ back after his latest antics.  First, Moss ran himself out of New England by telling people he wouldn’t re-sign with them.  Then he ran himself out of Minnesota by harassing local restauranteurs at a Vikings practice meal.  Moss ultimately signed with the Titans only after no other team in the league would claim him off the waiver wire.  It looks like the rest of the NFL is as tired of Moss’ act as we are. 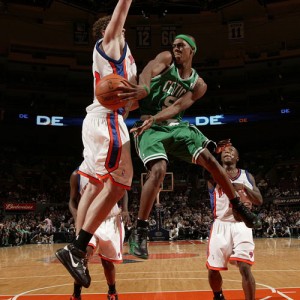 Have you noticed the debate has subsided over whether Chris Paul or Deron Williams is the best point guard in the NBA? There’s a reason for that.  His name is Rajon Rondo.  Boston’s point guard is off to a ridiculous start, averaging an uncanny 15 assists a game.  And he’s doing so with plantar fasciitis!!  While Atlanta, Orlando and Miami battle for first place in the Southeast Division, the Celtics are essentially a lock to win the Atlantic, which will be huge come playoff seeding.  Rondo’s considerably better than any of the point guards on those other three teams… which might also be the difference come playoff time.

NBA fans have waited an entire year for Griffin to play some ball.  So far, it’s been well worth the wait.  He’s averaging 18 points, 11 rebounds and has given Clippers fans reason to believe again… and by again, I mean for the first time ever.  That is until they look at the standings and realize they’re 1-7.  Well, at least they have one reason to cheer. 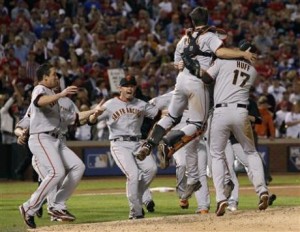 Baseball season is over and the Giants reign supreme.  While other major cities usually set fire to things when celebrating a major championship, the good people of San Fran decided to set something else ablaze.  In this day and age of bloated payrolls, overrated superstars and owners crying poverty, the Giants proved a rag-tag bunch of guys with talent, camaraderie and a little desire can still win baseball’s ultimate prize. 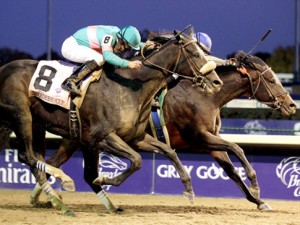 My favorite horse movie of all-time, without question, is “The Black Stallion.”  Call it a personal preference but all other horse movies (Secretariat, Sea Biscuit, Ruffian, etc.) seem to follow the same story line:  Horse overcomes all odds to win big race.  Production studios have to be salivating over the Zenyatta story, however, about a filly who won her first 19 races only to finish second by a nose in her final race at the Breeders Cup.  Congratulations to Zenyatta for a spectacular career but I think I’ll just wait for the DVD.