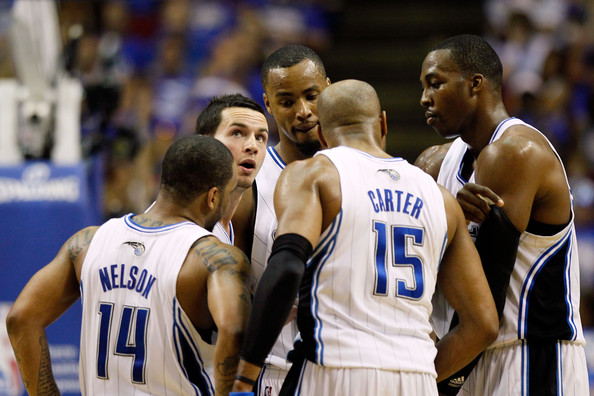 Have you ever been watching a sporting event where your team is winning comfortably, you leave the room to grab a quick beverage, only to return and find your team down?

That’s kind of what happened with me and the Orlando Magic on Saturday.

When I left to work in the morning, Orlando had what appeared to be a pretty solid team.  Sure, they had lost a few games in a row but nobody, aside from their general manager, thought they couldn’t contend for the Eastern Conference Finals.

Later that afternoon, I found out Orlando had revamped its entire roster.  Starting two-guard.  Gone!  Starting forward.  Gone!  Back up center.  Gone!  Welcome to your new-look Magic.

It wasn’t long ago that teams were trying to acquire big men to adjust to Dwight Howard.  Now it’s the Magic who are adjusting. 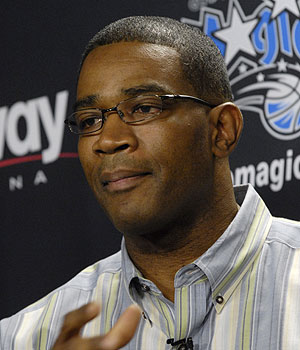 The Orlando Sentinel’s Mike Bianchi recently wrote this team wasn’t winning a title as it was (previously) assembled.  I’m still not entirely convinced of that.  As a Magic fan, I was willing to give this roster one more shot.  But my name’s not Otis Smith.

Sure Vince Carter couldn’t cover a queen size bed with a king size blanket and Rashard Lewis was as inconsistent a scorer as he was a rebounder, but we knew this when we signed them.

If anything, Gilbert Arenas and Jason Richardson have proven to be equally as inconsistent as the players Orlando just traded away.  And they have over one hundred fewer games played with the big man in the middle.  Re-signing Hedo Turkoglu, who played well for the Magic two years ago, is like taking back the girl you kind of, sort of liked back in the day but still got rid of anyway.

Reactions among the SportsChump consiglieri are mixed.  Many tell me not to worry, that the Magic are better off after the move.  Others wonder what the heck Otis Smith was thinking.  At first glance, I’m inclined to side with the latter.  As an outsider, I’d like to know how much say Dwight had in these trades.  Was he consulted?  Was Van Gundy?  Did either have any hesitation in pulling the trigger to land a player most recently made famous for pulling a trigger? 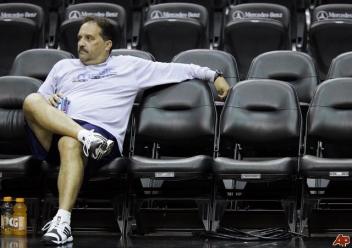 I can’t help but wonder whether the Heat’s pre-season acquisitions and recent hot streak put pressure on Magic brass to keep up with the Joneses.  The Heat have now won 12 in a row.  The Celtics have won 13 straight.  Heck, even the Knicks have won 13 of 14.  The Magic have lost six of their last seven, but four of those losses came on the road and five of them were against playoff teams.  It’s the NBA.  Slumps happen.  Apparently so do blockbuster trades.

When it comes to the NBA, I’ve always been big on chemistry.  Teams that win titles have played together, lack drama and know each other’s tendencies.  Championship teams complement one another.  I’m not too sure the Magic haven’t taken a step backwards in that regard.

Either way, Stan Van Gundy has a whole bunch of new toys to play with this Christmas.  As a fan, I sure hope they’re easy to assemble.