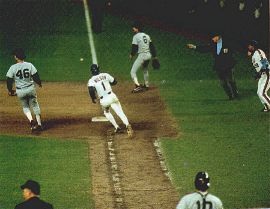 I was enrolled in freshman English at Tufts University in Medford, Massachusetts in 1987.  It was spring semester and only months earlier, a baseball that found its way through Bill Buckner’s legs broke the heart of the state, and a nation:  Red Sox nation.

I had fared poorly in English my first semester partially because I hated the teacher, partially for having the sense not to brave across campus through 7:00 am snowstorms and mostly because I had recently spent three years overseas.  Although English is my native tongue, when one writes, reads and speaks another language for so long, one tends to lose the polishing touches of his first language.  It happens… or at least it did to me.

The class I took second semester was more of a one-on-one tutorial, taught by a graduate student looking to become a professor himself.  He is a big part of the reason you sit here today reading this website.

For most of that semester, instead of reading the classics from some outdated English syllabus, we focused on what I wanted to read, write and analyze. 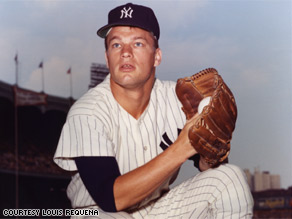 Since he was aware of my love for all things sports, probably because I was still mourning Calvin Schiraldi’s repeated inability to elicit a third strike out of the Mets’ lineup, my professor suggested I write a critique on one of the most famous sports books ever written: Jim Bouton’s Ball Four.

Despite having two solid seasons early in his career, Bouton was an average pitcher at best, finishing 62-63 in ten seasons with the Yankees, Pilots, Astros and Braves.  He later went into broadcasting.  He wrote Ball Four in 1970, the body of work for which he is most famous.

Ball Four was the first of its kind, a tell-all book that brought the reader inside a major league clubhouse, naming names, uncovering dirt and letting us know in full detail the kind of dogs ballplayers can be when they’re on the road.

I enjoyed the book immensely yet found it funny that Bouton, who was married at the time, never chose to share in any of the indiscretions of his Yankee teammates.  They were the bad guys, Bouton was mostly portrayed as a saint.

This was the approach I would take in my analysis of Ball Four:  Bouton’s hypocrisy.

I sat in my dorm room one night, pounding away at the keys of my old Apple II+ when the phone rang.  The voice on the other end of the line asked for Chris Humpherys.

“This is he,” I replied, hoping it wasn’t a bill collector.

“I understand you’re doing a book report on Jim Bouton,” he said.

“This is Jim Bouton.”

Bouton, you see, had worked with my mother at WCBS in New York back in the day.  She still knew him and since she also knew I was writing an essay on Ball Four, she asked that he give me a call to see if I had any questions about the book.

Bouton and I shot the shit for about twenty minutes or so, then he finished the conversation by saying he’d love to read the report when I was done.  So much for my slant on Bouton’s hypocrisy.  I obviously couldn’t write the paper slamming the guy knowing he was going to read it afterwards.

In the end, I was more star-struck than anything else.  The essay turned out mediocre at best, nothing like the in-depth analysis you regularly read now at SportsChump.

But at least it made for another good Brush with Sports Greatness.