“If a tribute band were to completely succeed, its members would no longer have personalities. They would have no character whatsoever, beyond the qualities of whomever they tried to emulate. The goal is not to be somebody; the goal is be somebody else.” 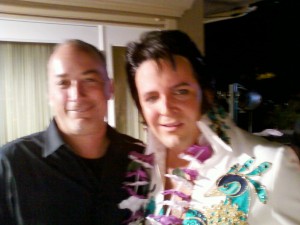 It’s been a strange few weeks in the life of SportsChump.

Never before have I seen a tribute band, unless of course you consider my Barry White on karaoke night a tribute. Some do. But in the past ten days, I’ve seen an Elvis impersonator, a Beastie Boys tribute band and a miniature Lady Gaga.

Welcome to the oddness that has become my life.

They say imitation is the sincerest form of flattery but tribute bands and impersonators have never really done anything for me. Much like bad sports movies that try to be something they’re not, most impersonators fail miserably in their attempt to portray an actual person or event. Ain’t nothin’ like the real thing, baby; any efforts to mimic are merely gratuitous. 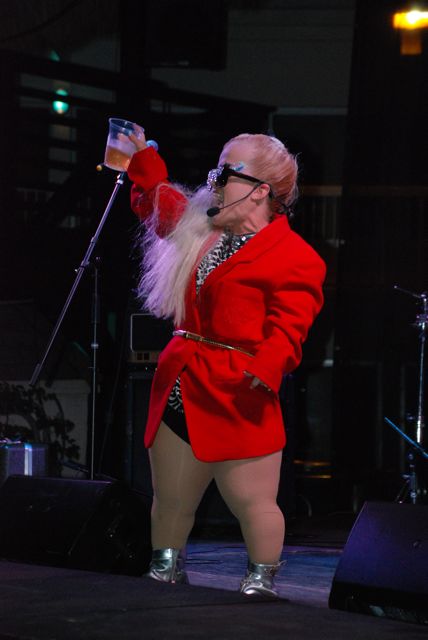 Why should I pay good money to see a Led Zeppelin cover band when I know it’s not really Led Zeppelin I’m watching, just some guy who kinda sorta sounds like Robert Plant and another who’s spent his entire life wishing he could play guitar like Jimmy Page? Am I supposed to suspend myself from reality and pretend I’m watching Zeppelin? Why can’t I just plug in Houses of the Holy and be done with it?

Of the three impersonators, Elvis was the best of the bunch. I was hoping he’d grant an interview for the website but he clearly had better sense than to get involved in these shenanigans. He rocked some old school Elvis, newer school Elvis, gospel Elvis and crooning Elvis. Very realistic…even though Elvis is dead, we think.

Mini Gaga was entertaining, much like a train wreck is entertaining. It was the kind of performance where the audience was laughing more at her than with her. I guess that was the point. For the record, she paled in comparison to this far more realistic Gaga impression.

The Beastie Boys impersonators were solid but the original B-Boys are a tough act to recreate. They played some choice cuts from Ill Communication and Check Your Head, but in the end, fake AdRock’s voice couldn’t make it through the whole show. Believe me, what you see is what you get.

I’m sure many of you are wondering what all this has to do with sports.

I’m so glad you asked. As it turns out, Elvis, Lady Gaga and the Beastie Boys aren’t the only people being impersonated these days.

We have Barry Bonds impersonating a baseball player who never took steroids, or at least someone who never knowingly did.

We have Terrelle Pryor impersonating a Buckeye quarterback that might actually be on campus next season.

We have Shaquille O’Neal impersonating someone who can still actually play the game of basketball.

We have the AL East impersonating a division with five good baseball teams when they might not, in fact, have any.

We have the NFL players and owners impersonating people who actually give a damn about the fans.

We have the US government outlawing online poker and pretending card players won’t find another way to gamble away their hard-earned dollar.

We have the Mets and Dodgers impersonating baseball teams that have some semblance of sound ownership.

We have the former greatest golfer on the planet trying to impersonate Tiger Woods.

We have the Maloof brothers impersonating businessmen who actually care about the good people of Sacramento.

We have ESPN routinely holding mock NFL drafts as if any of it matters considering there might not be a season in 2011.

We have the NBA impersonating a league that’s currently celebrating its playoffs while ignoring the fact that they might not have a season either.

We have the BCS impersonating the best way to determine college football’s national champion.

And we have the NCAA pretending to care about is student athletes, profiting off of their marketability while condemning them from receiving any sort of financial benefit.

I guess impersonators are a lot more common than I thought. It turns out I’ve been watching them all along and never knew it.