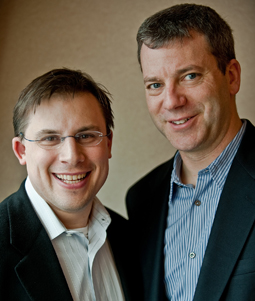 As sports fans, we’ve all used clichés like “Defense wins championships,” “He’s got the hot hand” and “There’s no I in TEAM” without giving them a second thought.  They’re catch phrases uttered at every water cooler and in every locker room.  Well, two gentlemen thought it might be fun to challenge the legitimacy of those statements.  Their names are Tobias J. Moskowitz and L. Jon Wetheim.  Their book is entitled Scorecasting.

In Scorecasting, Moskowitz and Wetheim boldly go where no men have gone before, by mathematically proving or disproving the legitimacy of these clichés.  Can it be proven that defense does, in fact, win championships?  What exactly explains home field advantage?  Does icing a field goal kicker or free throw shooter actually work?

Their book is, in essence, an attempt to understand why things are the way they are in sports.  It is (likely) the first work of its kind to do so and is a fascinating read for any number-crunching, sports nut.

Some of the more entertaining portions of the book include the case of Pulaski Academy in Little Rock, Arkansas, whose head coach never punts the football because he finds mathematical advantage in using all four downs.  They even cite a Berkeley study which claims “the play-calling of NFL teams shows systematic and clear-cut departures from the decisions that would maximize their chances of winning.” 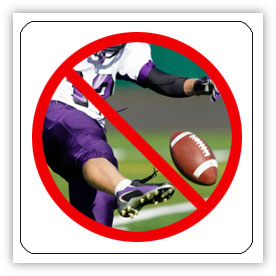 Interesting philosophy for any of us who have ever complained when our team opts to punt on fourth and short, yet don’t expect NFL coaches to follow suit any time soon.  Or will they?

The authors also explain why home field advantage has been such a constant across all sports over time.  Any guesses before reading on?  The answer may surprise you.

They cite not the friendly confines and familiarity of one’s own stadium, the tens of thousands of screaming fans or weather advantages, but rather… the human element of officiating.  Statements like “contrary to conventional wisdom, weather gives a team no additional home advantage” are bitter pills to swallow for Buccaneers fans who saw their team go 0-for-forever when playing in freezing temperature.

While they admit scheduling plays a factor, according to Moskowitz and Wertheim, “official’s bias is the most significant contributor to home field advantage.”  Referees are not “immune to human psychology” with “social influence as a powerful force that affects human behavior and decisions without the subjects even being aware of it.”

Their claim is that, over a large enough sample size, the home team receives the benefit of more fringe strikes called balls, as well as fumbles lost and loose-ball fouls called in favor of the home team.

The authors credit this to loss aversion, that as human beings, we let the “fear of loss overpower rational decision-making,” opting to “avoid losses at the expense of acquiring gains.” 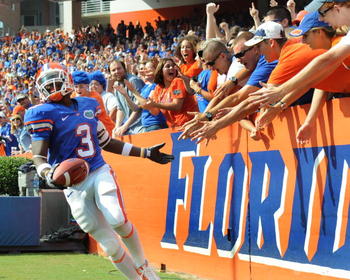 Sound sketchy?  It did to me too and probably does for anyone who’s ever attended a college football game with 100,000 of their closest friends.  At times, I read the book with a great deal of skepticism, yet they make convincing arguments to support their positions.  Again, they’re talking sample size over time.  They researched years of data to demonstrate that golfers putt more aggressively to avoid bogies rather than score birdies, umpires neglect to call fewer third strikes for the home team in close situations and NBA refs make calls less frequently when the game is on the line.

Suggesting umpires play the biggest role in determining home field advantage over time probably has Bud Selig rolling over in his crypt.  It’s also why Mark Cuban, owner of the Dallas Mavericks is quoted on the cover as saying “I love this book.  If I told you why, the NBA would fine me again.”

The authors also propose that there is no such thing as momentum.  As fans we tend to look at sporting events as single, isolated incidents without focusing on the bigger picture.  Scorecasting argues that over a large enough sample size, streaks have no bearing on future performance, just as we would expect to see ten straight heads or tails when flipping a coin 1,000 times. 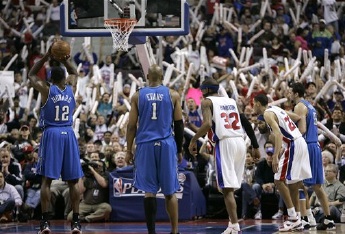 They also measured whether icing a field goal kicker or free throw shooter by calling time out right before the moment of truth has any effect on performance.  Newsflash.  It doesn’t.  They even discuss whether the Chicago Cubs are cursed.  They’re not.  Oh yeah, and defense wins championships, but offense does too.

Scorecasting is ground-breaking and will likely be a mainstay on the book shelves of team owners and GMs nationwide.  Their studies are exhaustive and convincing.  The book is not overly numerical or heady for your average sports geek, although they did have me recalling concepts I learned back in college Logic.

For anyone who’s ever questioned the common assumptions in sports, or even if you haven’t, it’s an enlightening and informative read.  The best part of Scorecasting is that it makes you think.  It makes you question, just as they have, the truths we sports fans have accepted for so long.

25 thoughts on “A review of Scorecasting: Sports cliches gone wild”