Over this past weekend, 22-year old Northern Irishman Rory McIlroy coasted his way to a US Open victory, leading by nearly double-digits for most of the tournament.  He became the youngest player to win a major since Tiger Woods, and set a number of Open records in the process, including most strokes under par (-16).

The comparisons became inevitable.  You could see them coming a tee shot away. 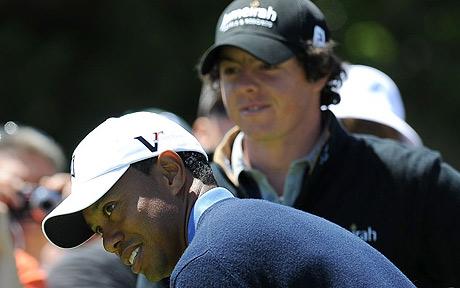 I heard friends say it.  I heard announcers say it.  I read bloggers writing about it.  It wasn’t good enough for Rory to just be Rory.  He had to be Tiger.  Excuse me, but… didn’t we just go through this a few weeks ago with LeBron James and Michael Jordan?  Someone get Scottie Pippen on the phone.

Why do we do this to the athletes we idolize?  Why is it not good enough for LeBron to simply be LeBron?  Not Michael, not Magic.  Just LeBron.  As most of us witnessed this NBA post-season, we still don’t even know who LeBron is anyway, never mind pigeon-holing him into some trite discussion about the greatest ever.  Within a single calendar year, LeBron went from being the next Michael to the game’s most hated player.

McIlroy is undoubtedly one of the PGA Tour’s rising stars but isn’t it possible for us to find another way to discuss or describe his game without putting unnecessary expectations on the lad?  After all, he’s a full thirteen majors (and one nasty divorce) behind the greatest golfer of our generation.  It’s no wonder professional athletes don’t read newspapers.

Every time McIlroy struck the ball his weekend, he did so to resounding cheers, just like Tiger and so many others used to.  Enjoy it while it lasts, kiddo. 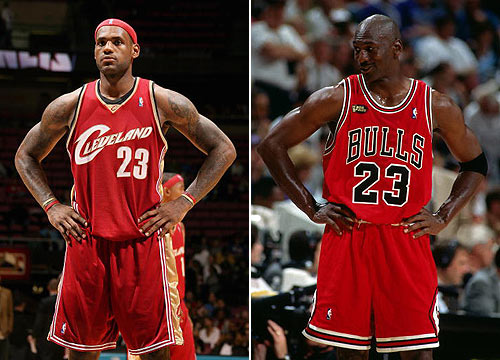 I’m no psychologist, I just play one on this website.  I just can’t help but wonder why we build our athletes up, only to break them down.  Then we wonder why the Jennifer Capriatis of the world end up smoking crack in a Florida motel room.

We label our athletes as heroes or underachievers with little room for error.  Maybe we can’t help ourselves.  Maybe we just want to witness excellence at any cost or maybe, just maybe we’ve run out of creative ways to describe the next big thing.  If that’s the case, then shame on us.

All we do these days is compare athlete X to athlete Y without considering there might actually be a world of difference between them, which is ironic considering we all like to think ourselves unique and resent when we’re compared to others.  Don’t believe me?  Try telling a girl she reminds you of an ex-girlfriend and see how far that gets you.

For whatever reason, it’s still not enough for us to say LeBron is who he is, Rory and Tiger are who they are and Michael Jordan came and went without another athlete like him coming… ever.  We should be okay with that.

In the meantime, have fun comparing.  Just don’t expect me to listen.

44 thoughts on “Here we go again: LeBron is to Michael as Rory is to Tiger”