Have you ever had one of those dead-end jobs where you’re overworked, underpaid and the only thing worse than waking up at the crack of dawn to go to a job you hate is listening to your wife or girlfriend complain about how much your employer takes advantage of you and how you could do better elsewhere?

These days, being a Rays fan must be equally as difficult.

Despite winning the American League East two out of the last three seasons and making it to the 2008 World Series, the Rays (and their fans) still bear the burden of facing a continually shrinking payroll, tireless national ridicule for playing in what’s commonly considered the worst stadium in the league and having to compete in the same division as the two Goliaths of baseball. 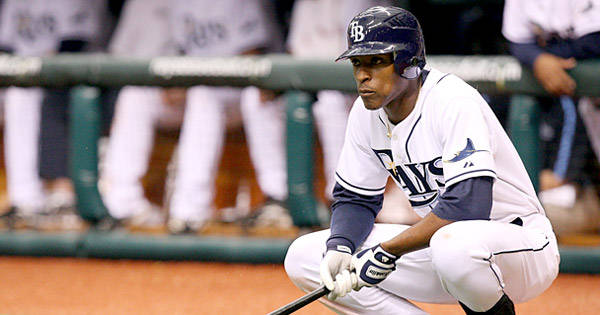 The trading deadline came and went with the Rays roster remaining intact, but prior to that, rumors swirled that Tampa Bay was entertaining offers for centerfielder, BJ Upton, and their current best pitcher, “Big Game” James Shields.  For Tampa Bay, unloading salaries has become una cosa de business.

Last summer, Rays’ ownership was forced to slash payroll.  The market simply doesn’t allow them to spend $200 million a year like their AL East counterparts, Boston and New York.  The Rays currently spend about one-fifth that. 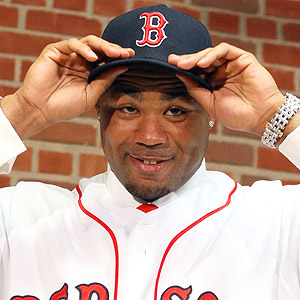 Which brings us back to Upton and Shields, and a few others that have come and gone.  Fan favorite and all-time Rays hit leader, Carl Crawford, jumped ship for greener (monster) pastures.  This summer, Crawford signed a seven-year, $142 million contract with division-rival Boston, and as much as it pains Rays fans to say this, Tampa Bay probably got the better end of that deal.  Crawford has been hurt and has struggled when healthy.  He’s Boston’s third highest paid player and is currently batting .247, fifty points below his career average.

The Rays were also unable to keep Carlos Pena, who’s now making $10 million for the Chicago Cubs and batting .224, which is actually an improvement from last season.  They also traded away starting pitcher Matt Garza, who now makes six million and boasts a 4-8 record.

It’s hard not too look at these moves and suggest the Rays didn’t come out on top.  But as long as Tampa remains Tampa, other moves will be have to be made to accommodate their budget which might not turn out as good.  Such is the inequity of Major League Baseball.

The Rays will again be forced to rebuild with young prospects who they can sign for pennies on the dollar but whether it’s one, three or five years down the road, those guys will have to be paid too.  Therein lies the rub.

Why, in their right mind, would a player, like Upton or Shields, want to stay on a team when they know their talents warrant considerably more elsewhere?  Why wouldn’t David Price or anyone else of his magnitude test the market to see what it will bear?  It’s what any agent, and certainly what any wife, would suggest.  Who among us hasn’t made a career decision without consulting the boss? 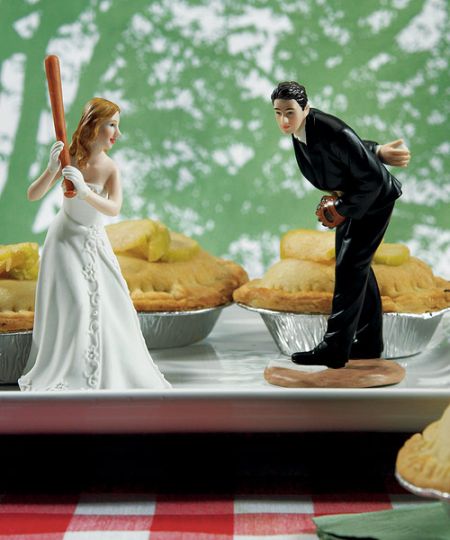 So here’s a friendly suggestion on how to keep the Rays intact and competitive:  keep the wives happy.

If I were Rays ownership (and they might be doing this already since they’re a shrewd bunch), I’d be wining and dining the players’ wives and showing them the best Tampa Bay has to offer.  It’s the only way to be sure.  Convince them they can live comfortably on $450,000 a year and that anything more is simply gluttonous.  Who needs the hustle and bustle of an over-priced metropolis?  Regale them with pedicures, flowers, day spas, car pooling and shopping sprees.  (That’s what wives like, right?)  Trust me, get to the wives before Brian Cashman does.  His expense account is considerably larger.

Either way, as long as the Trop remains unfilled, Rays fans will have to continue to cheer for a revolving door of almost-stars.  Unless of course, their wives can convince them to stay.

Teaching them to hit would also be a plus.