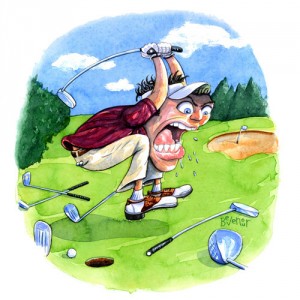 Golf is a great way to spend an afternoon outdoors.  Those of us fortunate enough to live in Florida have the luxury of hitting the links year round.  Those of us who have ever picked up a golf club are also way too familiar with the inherent frustrations that accompany the errant tee shot.

Readers, meet Brandon.  Brandon is a co-worker who recently picked up a taste for golf.  It didn’t take him long to find out that he is not immune to the temper tantrums that come with learning the game.

After successive slices into the woods last week, Brandon, seen below, took it out on his driver.  As yet another one of his shots sailed deep into the trees, our golfing newbie slammed his driver to the ground, snapping the shaft off his over-priced one wood.  Here he’s seen holding the remains.

He reluctantly allowed me to post this picture for our latest caption contest, so be relentless, boys.  Let him have it.  Perhaps we can teach him a thing or two about the growing pains of golf.  Hey, even Tiger Woods is shooting in the 80s these days.

The winner of this week’s caption contest will win what’s left of Brandon’s driver and a bucket of range balls to correct that nagging slice. 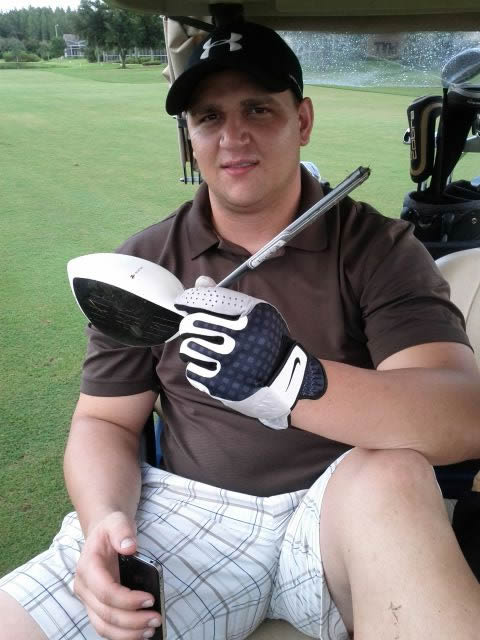