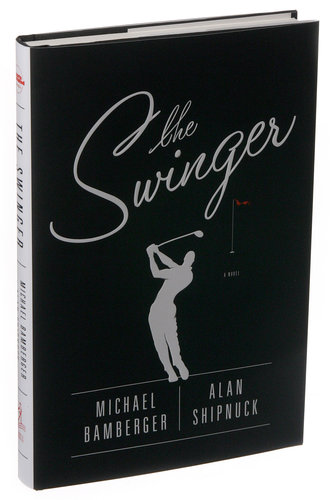 For those of you who have missed seeing Tiger Wood’s face plastered all over the tabloids, you are now in luck. A book has hit the shelves (a work of fiction, I believe) to satisfy your innermost Tiger cravings.

Before picking up Michael Bamberger and Alan Shipnuck’s The Swinger, I fully expected their work to be some exploitative effort to capitalize on the indiscretions of the world’s most recognizable athlete, by loosely inventing a golfer of their own who, like Tiger, had it all, then lost it because of his uncontrollable urges and ego.

I wasn’t far off.

Our story begins when the book’s main character, print reporter Josh Dutra, receives a tip that the world’s most famous (and married) athlete was spending a little too much time at a local strip club, and doing more than just getting friendly lap dances.  That athlete is Herbert X. “Tree” Tremont, The Swinger’s parallelo-Tiger, “a multi-racial philanthropist and athletic icon,” who Dutra has covered since he was a child prodigy.

Like Tiger, Tremont is an athlete who transcends his sport.  He’s won 13 majors, has a foreign-born model for a wife, endorsements with all the major corporations and even has a rival named Will Martinsen.  “They could not have been more different, Will and Tree.  Will was the Tour’s most high-profile family man, his charming wife and children always by his side.”  Does any of this sound familiar yet?

The comparisons to Woods are so spot on, I’m surprised Bamberger and Shipnuck didn’t consider naming their book “The What We Really Think Happened To Tiger Woods Story.” 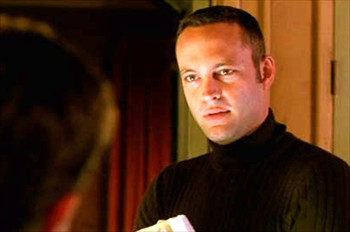 Remember when Hollywood ill-advisedly remade “Psycho,” starring Vince Vaughn as Norman Bates and the script remained essentially verbatim?  Upon reading The Swinger, it was just as difficult to differentiate Tremont from Woods, with many of his exploits only straying a wee bit from the alleged truth.  Had there never been a Tiger Woods, The Swinger would have flown off the shelves, but alas, Tiger’s real life beat them to it.

Dutra gives up his position as journalist and eventually becomes Tremont’s director of communications.  Tremont and company readily accept him into their circle of trust based on their lengthy relationship, yet Dutra remains torn between his decision to abandon his journalistic background and his burgeoning friendship with Tremont when he learns the extent of his extracurricular activity.

Unless you’ve been living under a rock for the past few years, you pretty much know the rest of the story.  Star golfer has multiple affairs, gets caught, divorces wife, loses fan base, fortune and tour success as a result.

The similarities between the two golfers’ downfalls are so striking, they border on libelous.  The steroid allegations, the history of sexual infidelities, his mother’s passing (instead of his father), his wife taking a golf club to his face during a holiday meal, the public apology, all the way down to Kenan Thompson’s Saturday Night Live spoof of the incident. 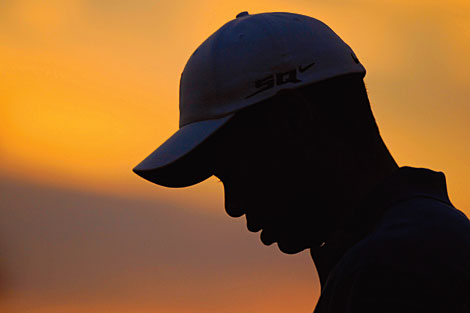 I will admit to being glued to the pages of The Swinger, waiting for the next, ugly chip in Tree’s life to fall just as we all did with Tiger in real life.  The book reads like a guilty pleasure.  It was like reliving Tiger’s sordid wrongdoings and hoping for a happy ending.  Tasteless pun intended.

In the end, Tremont ends up in rehab, with Dutra by his side.  The rest you’ll have to read for yourself.

Although the book appears nothing more than an effort to loosely trace the life of a Tiger-like character, it isn’t entirely without merit.  It did raise some interesting questions regarding privacy and the professional athlete, ironic considering Bamberger and Shipnuck based their novel (not so) loosely on what happened to Woods.  Swinger does, however, provide us with more closure than the real life version.

We may never know what really happened to Tiger that Thanksgiving night and what’s going on in his head now.  All we have are the testimonies of a few waitresses and strippers trying to make a quick buck.

If the seedy side of you cares to relive the Tigerdrama, you might want to give The Swinger a chance, wondering while you’re reading it how much of the book strayed from the actual truth.   Just be sure to ask yourself how bad you should feel about having the desire to know.

19 thoughts on “Book Review: The Swinger by Michael Bamberger and Alan Shipnuck”