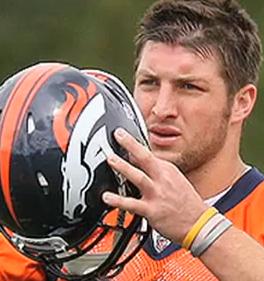 There sure has been a lot of talk about quarterbacks these days.  In Minnesota, Donovan McNabb is out, Christian Ponder is in. In Washington, Rex Grossman is out, John Beck is in.  In Oakland, Jason Campbell is hurt, Carson Palmer is in.  And then of course, there’s Tim Tebow.

There’s also Aaron Rodgers and Tom Brady, Drew Brees and Michael Vick and of course, Peyton Manning’s neck injury.  It’s a good thing Big Ben has stayed out of the ladies room recently otherwise he’d be added to the conversation.

There’s what Matt Ryan, Joe Flacco and Mark Sanchez aren’t doing for their teams and what Cam Newton and Andy Dalton are.  There’s praise for the Matt Hasselback pick-up in Tennessee and continued question marks surrounding Kevin Kolb in Arizona.  Heck, Brett Favre’s not even in the league anymore and we’re still talking about him.

We’re currently amid a whirlwind of boundless, quarterback affection with man-crushes escalating weekly as wins and fantasy numbers pile in.  I understand the quarterback is the most important position on the football field, likely the most important in all of sports, but this past week we’ve paid an inordinate amount of attention to one quarterback with three career starts under his belt and another who hasn’t taken a snap in almost a year. 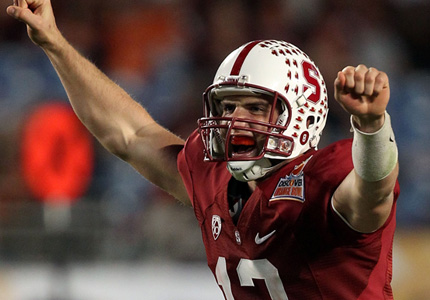 We are so obsessed with the quarterback’s effect on a team that we’ve coined the phrase “Suck for Luck” which refers to those winless NFL teams we suspect might be intentionally losing games to garner the top pick in the 2012 NFL Draft and the eventual rights to Stanford’s Andrew Luck, who many see as the second coming of John Elway.

The importance of the NFL quarterback cannot be overstated.  Eight of the last ten regular season MVPs, and eight of the last thirteen Super Bowl MVPs, have been quarterbacks.   The four highest paid players in the league are all quarterbacks, however, if you take Tom Brady off that list, the other three (Peyton Manning, Michael Vick and Sam Bradford) have combined for only two wins this season!  It’s a slippery slope.

No other position in sport warrants this much fan obsession.  Not pitchers, not shortstops, not centers, not point guards, not goalies.  When an offensive lineman is taken out of a lineup, it’s a media afterthought.  When a quarterback is benched, it makes headlines nationwide, which is ironic considering a quarterback’s longevity and success are based largely on the strength of his offensive line. 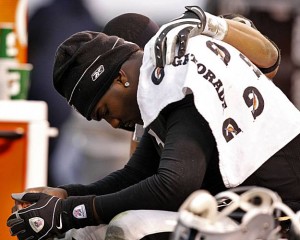 We’ve panned the careers of Ryan Leaf and JaMarcus Russell, labeling them the biggest busts in sports history, to the extent that they both resorted to substance abuse.

Now more than ever, the NFL is a quarterback driven league.  If you want to succeed in this new vertical NFL, you better get your hands on a solid quarterback or you don’t stand much of a chance.  Gone are the days of the 2,000 yard rusher.  Teams have resorted to finding running back bargains in later rounds.  In fact, there hasn’t been a running back selected first in the NFL Draft since 1995 (Ki-Jana Carter) yet eleven quarterbacks have been taken first over that same period.  Furthermore, three quarterbacks (Brady, Brees, Rodgers) are not only on Super Bowl contending teams, they’re on pace to obliterate Dan Marino’s single season passing totals (5,084).  That record has stood for nearly thirty years.

Make no mistake, the NFL is reaping the benefits of our renewed fascination with professional sports’ most profiled position.  The league has made no apologies about protecting them either.   Just ask James Harrison what happens if you put your helmet under a quarterback’s chin.

The NFL understands that we’d much rather see Peyton Manning taking snaps than Curtis Painter.  Keep in mind, the NFL isn’t just protecting its quarterbacks.  It’s protecting itself as well.

25 thoughts on “Understanding our obsession with quarterbacks”