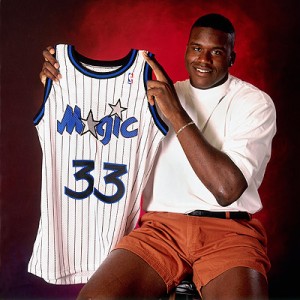 I remember exactly where I was when I first heard Shaquille O’Neal was leaving Orlando.

This might not seem like a big deal now, considering he played for six teams over his 18-year career (only four of those in Orlando), but back in the day, for an expansion team trying to make its mark on the league, Shaq’s departure spoke volumes about NBA star power and the ever-widening gap between the haves and have-nots.

The ever-circulating trade rumors surrounding Dwight Howard these days are like déjà vu all over again, and not in a good way.

I was living in Orlando in the early to mid-90s when Shaq, along with Horace Grant, Dennis Scott, Nick Anderson and Anfernee Hardaway led the Magic all the way to the NBA Finals.  Needless to say, I had become quite the fledgling fan.  The team had been largely irrelevant since its inception, but drafting O’Neal in 1992 changed all of that. 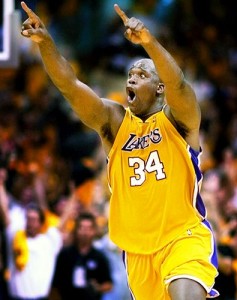 That glory was short-lived.

The afternoon Shaq signed with Los Angeles, I was playing pickup basketball at the blacktop courts less than a mile from my house.  A regular at those courts broke the news.

We had all heard rumors that Shaq was unhappy and wanted to make a splash in a bigger market, aka, Los Angeles, to work on his acting (Kazaam) and his rapping (Shaq Fu).  Despite those questionable career moves, Shaq did win three championships in L.A. with a young Kobe Bryant by his side.  Meanwhile, Orlando floundered in Shaq’s seven-foot wake until some kid named Tracy McGrady came along, but even then they didn’t amount to much, never making it out of the first round of the playoffs.  Across the country, Orlando’s former top draft pick was on his way to becoming one the five greatest centers of all time.

Forever darlings on draft night, the Magic struck gold again in 2004.  With the third number one pick in franchise history, a dubious category to lead the league in, the Magic selected Dwight Howard, a 6-foot-11 high school kid from Atlanta with immeasurable upside.  They had finally found a big man to replace their long lost big man.

It’s safe to say that pick turned out pretty well.  Dwight’s dominance reestablished the Magic as a legit contender.  They made it to the NBA Finals again in 2009, where they lost to none other than… the Los Angeles Lakers.

After some questionable roster moves, the team has since gone downhill.  As a result, disgruntlement has returned to the vacation capital of the world.  Orlando’s big man wants out… again.  And again, it sounds like he’s going to get it, either via trade or free agency.  New Jersey, Golden State, Atlanta and yes, Los Angeles, are rumored to be potential destinations.  Meanwhile, Magic fans are left wondering whether the franchise, that just built a new arena, can once again stand to lose the most dominant player in the game.

The team is sticking to their guns, or at least hasn’t received an offer worthy of releasing Howard.  It’s unlikely they’ll find one.  He’s that good, and without him, the Magic will be that bad. 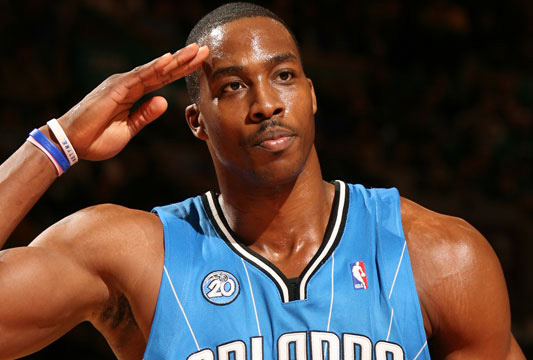 With every passing comment and Tweet, it seems less likely Dwight will stay put, forcing Magic ownership to rebuild once again, searching for the game’s next dominant big man, which won’t happen any time soon.  Players like Shaq and Dwight come along once in a generation.

If he’s lucky, Dwight will find new home on a contender.  He currently feels Orlando is not one.  He’s right.  They’re not… and they’ll be less of one when he leaves town.

Rooting for the Magic seemed pointless after Shaquille left.  It was a long time before we had anything good to cheer about again.  The same can be said about a Dwight-less Magic.  Orlando can ill afford to lose their second Superman.  Unfortunately for Magic fans, it’s probably too late.