At the end of every NFL season, only one fan base is truly happy, leaving 31 others to wallow in the memory of what could have been.  Those feelings are compounded exponentially if you root for a team which never had a chance to begin with.

Such was the case with the 2011 Tampa Bay Buccaneers.

After a tantalizing 4-2 start, the team slipped into disarray.  So did its fan base.  Frustration with the Glazer family, owners of the Tampa Bay Buccaneers and incidentally Manchester United, grew with every loss, as fans watched a football team clearly incapable of winning ballgames.

The blame had to lie somewhere, so why not with ownership.  You couldn’t talk to a Bucs fan this season without Manchester United somewhere entering the conversation.  After all, most believe the Glazers’ stake in Man U. is the reason their beloved Buccaneers have suffered.  According to fans, Bucs brass failed to spend anywhere close to other NFL teams, yet still turned a healthy profit despite their abysmal record.

Here are the facts and they are indisputable. 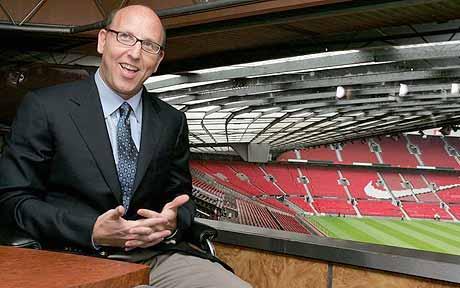 A growing majority of Buccaneers fans feels the Glazers aren’t spending the money needed to field a competitive team or worse yet, that they don’t care.  It’s getting harder and harder to disagree with them.

Buccaneers fans resort to calling local radio shows or writing editorials to complain, yet still go to Raymond James Stadium, albeit less frequently, to shell out nine dollars for a warm beer.  That’s the extent of our protest. Hey, we’re not going to let them spoil our good time, right?

As avid as we American season ticket holders, face-painters and trivia masters think we are, there are sports fans across the pond far more dedicated to the cause.  When the Glazers, an American family, bought Manchester United, a British football team, soccer fans immediately protested and formed their own soccer club.  How likely is it that Americans could ever be so motivated?  After all, that would require getting off the couch.

Perhaps I’m naïve but it’s hard to imagine the Glazers wouldn’t want to assemble a winning product.  Losing can’t possibly be good for long-term profitability.  Doesn’t every team owner want fans flocking to their stadium to spend discretionary income on tickets, concessions and team paraphernalia?  Just as a restaurateur wants his establishment at capacity or the owner of a dealership wants cars flying off the lot, wouldn’t the owner of a professional sports franchise want to fill up the win column? 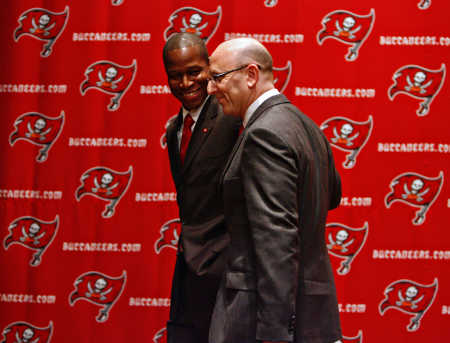 The day the organization made former head coach Raheem Morris walk the plank, Buccaneers Co-Chairman Joel Glazer addressed the media and at least seemed somewhat convincing that he wants to right the pirate ship.

I’m a sports fan in general and a Buccaneers fan in particular.  I understand that teams are a business for those who have invested hundreds of millions.  We can debate endlessly whether professional sports franchises should be run differently than other businesses because of their nature but we can’t fault the Glazers, or any other franchise owner, for trying to turn a profit.  Or can we?

The question Buccaneers fans continue to ask themselves is whether the Glazers are willing to empty their pocket books, or at least spend wisely enough to win.  Those two don’t always peacefully co-exist (see Red Sox, Yankees, Phillies), but at least it helps a team contend, one thing the Buccaneers are not.

As we saw from Mr. Dymock’s piece, nationalism kicks into high gear when it comes to our beloved sports franchises.  It makes news when a Russian owner buys the Nets or a Japanese company buys the Mariners, but with all due respect, those franchises are not Man U.  Neither are the Buccaneers.  If some international businessman wanted to buy the Yankees, Cowboys or Lakers, let’s just say it would cause a bit of a stir.

Unless those owners actually gave a damn about winning.  Then their fans probably would too.