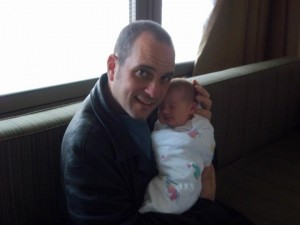 It’s been quite a run for the man they call “The Gun.”

Not only did he (well… not he)  just give birth to his first child, beautiful Baby Chase, not only did his Giants emerge victorious in Super Bowl XVLI, but he is also the winner of this year’s AFC/NFC Championship and Super Bowl pick ‘em contest!  I’m sure that honor ranks a close third.  Stand up and take a bow, sir… that’s assuming you’ve been to sleep yet.

Newcomer Dee Dee, the only female to enter the contest, finished third.   Talk some trash, girl.

A special shout-out to my boy Chappy who I think has now finished last in basically every contest I’ve ever hosted.

Congrats, Gun, on your G-Men, your prognosticative (homer) powers and the birth of your beautiful, baby daughter.  As the Gun has proudly pointed out, the Giants are undefeated since Chase’s birth.  We’ll see how old she is before they lose again. 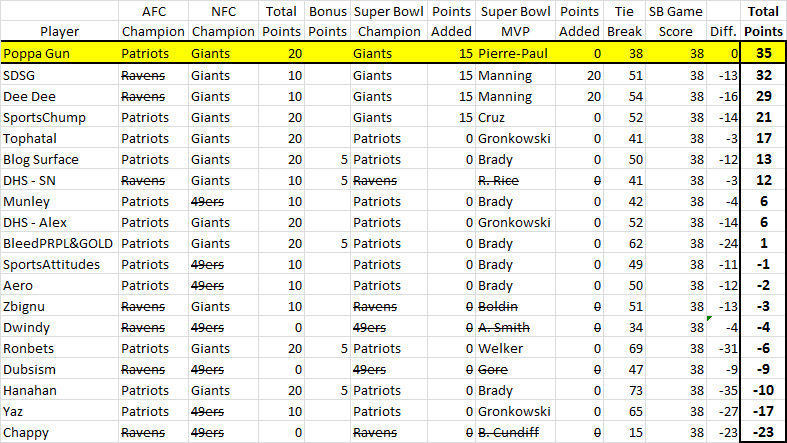 30 thoughts on “And your Super Bowl Contest Winner is…”