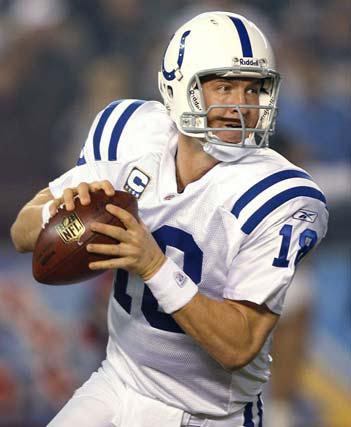 Now that the 2011-12 NFL season is behind us, we can finally discuss things that really matter.  Like Peyton Manning.  Don’t look now but with all that’s happened lately, we might just be smack dab in the middle of an image change.

Image changes are tough to put your finger on when they happen over time.  They’re much easier to pinpoint when a single faux pas leaves one’s name lambasted all over the media.  While all the cards have yet to be dealt, we might be approaching a time where we no longer fawn over Mr. Manning, which would be quite the change since it’s all any of us did for so long.

Think about it.  Not long ago, Tom Brady aside, Peyton was largely considered the best quarterback in professional football, if not to ever play the game.  Despite Drew Brees and Aaron Rodgers getting theirs of late, Manning and Brady were still considered neck-and-neck, no pun intended, the two top quarterbacks in the NFL.

Eli just added some intrigue.  With one more Super Bowl ring (than his brother), we’re suddenly asking the somewhat legitimate question of which Manning will go down in history as the better quarterback.

Peyton Manning was the unanimous number one draft pick in the 1998 draft, his brother drafted first six years later.  Big things were expected after Peyton left Knoxville just like they are with his eventual replacement.  Perhaps you’ve heard of Andrew Luck.

Peyton eventually grew into everything we expected as a football player.  Even off the field, he shrewdly developed his own brand.  We soon found out he had a better sense of humor than most of us thought.  His Mastercard and ESPN spots were pretty damn amusing.  His United Way spoof on Saturday Night Live was equally as humorous.  Peyton was a goober, but he was a smart goober and he played to it well.

But right now, Peyton’s not laughing.  Neither is Jim Irsay.  Both have decisions to make.  Important ones.

Jim Irsay, owner and CEO of the Indianapolis Colts, recently signed Manning to a five-year, $90 million contract.  Little did he know, Manning wouldn’t play a down in 2012.  The Colts went 2-14 in his absence, thereby qualifying them for the rights to the first pick in the upcoming draft, aka, Andrew Luck.  The Colts must now determine, by relatively soon, whether they want to cut Manning and draft Luck, trade the rights to Luck (unlikely), or keep them both, which won’t be easy on the pocketbook as Luck will demand a healthy paycheck.  The Colts have until March 8 to decide.  If not, they’ll own Manning a $28 million roster bonus. 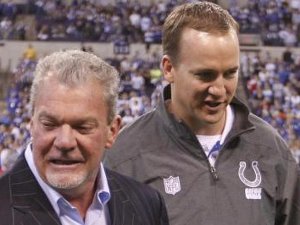 Things once cordial, if not familial, between Irsay and Manning have soured lately or so it seems.  Irsay didn’t like some of the things Manning said publicly, calling him a “politician.”  Even Rob Lowe got into the mix, Tweeting that he had heard Peyton was retiring.  Nobody knew what to believe.  Fortunately, Irsay and Manning kissed and made up, or so we think, but with little brother winning the Super Bowl in Peyton’s place, discussing the elder Manning’s status was hard to avoid.

There are lots of things we don’t know yet.  One of those is whether Peyton will ever be healthy enough to play another down.  Yet another is whether his image will take a hit.  He’ll probably win the war of words over Irsay.  He’s far more media savvy and there are no Irsay jerseys flying off the shelves at your local Sports Authority.  But personnel decisions like this are never easy to make, particularly when it comes to cutting a player who was so deeply associated with the franchise.  Irsay’s going to have to make a decision that’s best for the long-term success of the Colts.  That’s probably dropping Manning and signing Luck. 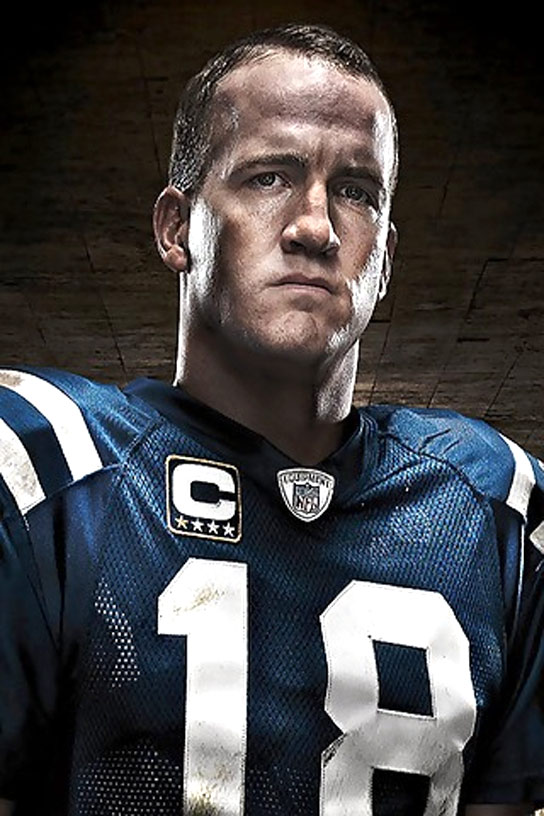 We’ve seen plenty of athletes ruin their brand by staying around too long, but in Manning’s case, it’s different.  His well-being is on the line.

When it’s all said and done, and all the decisions are put to bed, will we view Manning in a different light?  Will he come back and be the Manning of old?  Will he be playing in Indy or elsewhere?  Will he suffer?  Will he thrive?  Wherever he goes, will he overstay his welcome?  Will his love for the game write checks his body can no longer cash?  Will he ever even take another snap?  What of his legacy?  If his career is cut short, does he still go down as one of the greatest ever or just another brilliant career cut short?

At this point, we don’t know the answer to any of these questions.  What we do know is that there was a time not long ago when there wasn’t a team in the league that wouldn’t sell the farm to have Peyton Manning wearing their uniform.  There are still plenty now… but not without a touch of skepticism, particularly if he comes with a $60 million price tag.  Once upon a time, that would have been considered a bargain.

Despite Sprite’s old credo, image isn’t everything.  First and foremost, Peyton Manning’s full recovery is the only thing that really matters.

But it’s not all we’ll be talking about.

54 thoughts on “Are we in the middle of an image change? A closer look at the Peyton Manning saga”