Please forgive me.  It’s been months since my last Chumpservations, so here goes nothing… 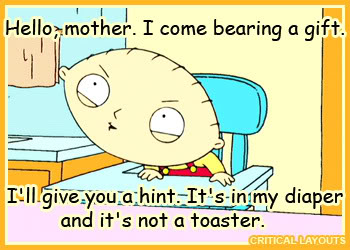 I woke up the other morning to find… a diaper on my car.

That’s right.  One soiled diaper, right on the trunk of my car.

Now don’t get me wrong.  The diaper was neatly wrapped with all its contents packaged squarely inside.  It wasn’t like doo doo was strewn all over my freshly cleaned Passat but still, who does such a thing?

I can’t say I know anyone that lives in my complex.  I’m a bit of a recluse in that sense, not to mention the fact that my work schedule keeps me out at all night, and asleep all day, but I’m pretty sure I’ve never left a similar gift on the doorsteps of any of my neighbors that would warrant such poopy retribution.

As if my present wasn’t alarming enough, there was a garbage can a mere fifty feet away, apparently too much of an inconvenience for a parent on the go.  Or were they trying to make a fashion statement?  Perhaps it fell from the heavens, a sign that I should continue not to procreate but still have fun practicing.

Either way, that’s part of what’s wrong with society these days, and I’m just as guilty.  Not only do we not say hello to a passing stranger but now, apparently, we’ve resorted to leaving newborn feces on the automobiles of others.  At least they didn’t light it on fire.

Let’s take a closer look at ourselves, shall we?  I’m starting with the man in the mirror, the bathroom mirror, which just happens to be where said belongings should be properly discarded. 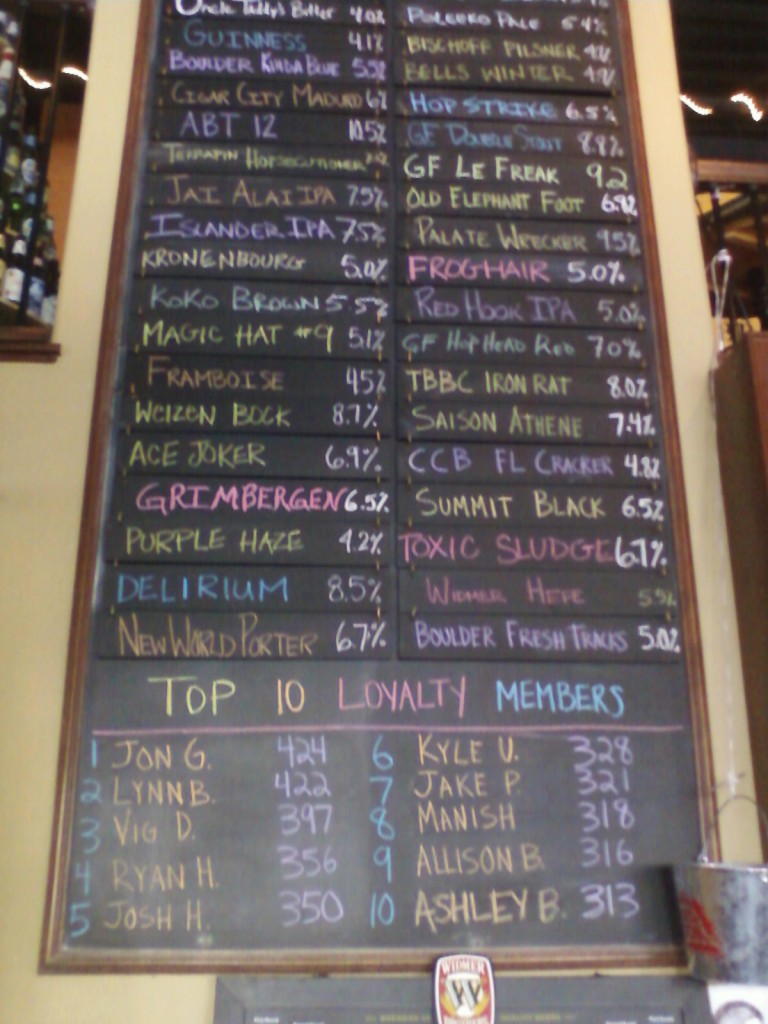 One Drink At A Time

Are we really starting to reward people for their alcoholism?

While running errands around town the other day, I wandered into a local beer bar.  I’m not really much of a beer drinker but it was a hot Florida afternoon and I had some time to kill.

Posted on the wall of this particular establishment, I found a “Frequent Flyer Miles” type of system, rewarding drinkers for their patronage and drink-ability.  The more beer you drank, the higher you ranked.

Now, don’t get me wrong.  I tend bar for a living.  People drinking heavily pays my bills.  But as servers, it’s also important to show restraint.  We don’t hand out gold medals or put plaques on the wall when our customers order their millionth Grey Goose and Tonic.

It’s like going to one of those steakhouses where they congratulate a customer for polishing off a 64-ounce porterhouse, all the while ignoring what that meal is doing to the lining of his stomach.

Or maybe I should just lighten up, belly up to the bar, and see how long it takes me to get my name on their coveted board of loyalty.

Now someone please call me a taxi.