“You’re totally elitist. You feel like the unappreciated scholars, so you shit on people who know lesser than you.”

The following is the inaugural piece in a series I’m going to call Sports Snobbery. 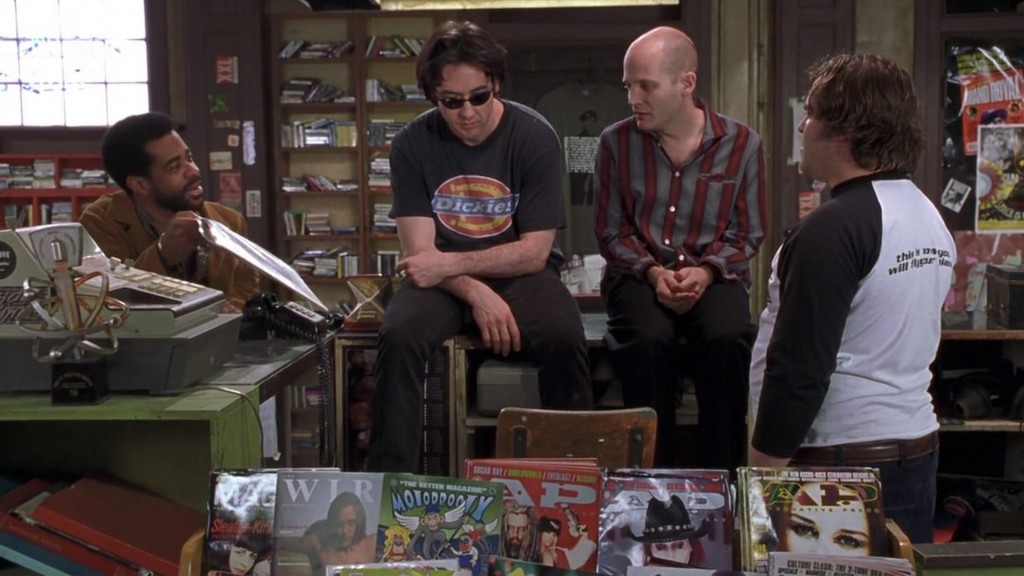 Sports Snobbery was inspired by the asinine things I overhear people say when trying to hold an informed conversation about sports.  Look, it’s perfectly understandable if sports are not a priority in your life as they are in mine.  Other things matter, I get it.  Just please don’t pretend to know what you’re talking about when you really don’t.  It’s demeaning to those of us who take these matters seriously.  You don’t hear me professing to be an expert in classical music or macramé.  I know my place.  There’s no shame in saying you don’t know and moving on.  There’s a scene in High Fidelity where John Cusack, Jack Black and Todd Louiso, the three kids who run the record shop, ridicule customers whose knowledge of music is less than theirs.  Consider this my record shop.

I created sportschump.net to offer up thought-provoking conversation about what’s going on in the world of sports (and all things otherwise) and perhaps even entertain and educate the fringe sports fan.  Fortunately, most of my regular readers know their stuff.  Yes, that’s you.  It’s those non-subscribers, the random loudmouth you meet in a sports bar, or a particular conversation you happen to eavesdrop upon, that make us unabashed sports fans roll our eyes and want to punch that person in the neck.

Well, I’ve had enough.  If I hear you say something uneducated about sports, you’re going to be called out for it.  Trust me, this is for your own good. 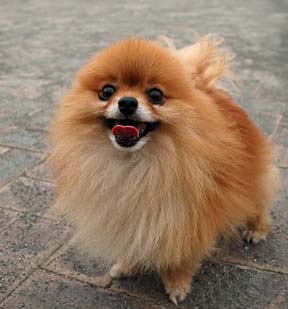 The subject of our initial Sports Snobbery was a poor, unsuspecting sap sitting next to me on my flight back from the Masters.  I was trying to get some rest but he and the stewardess felt compelled to engage in an hour-long conversation about his Pomeranian named Twittles.  Unable to sleep for more than five minutes at a time, I was already on edge.

Upon our descent (finally!), the stewardess asked me about my travels.  I guess she had also had enough Twittles talk.  I told her I had just gone to see the Par Three Tournament at the Masters.  She and the gentleman next to me enviously oohed and aahed.

Then the passenger next to me said, and I quote, “A lot more people will be watching the Masters now that Tiger’s won a few tournaments.”

Please buckle up.  We are about to experience some turbulence.

At this point, I had a number of options.  I could have punched him in the neck as I previously suggested but I would never condone such behavior.  I could have politely corrected him yet that might have come off as pompous.  Instead I chose the high road.  I ignored him entirely and went about reading my SkyMall magazine, wondering which of those products someone would actually buy if they had an extra $299.99 of discretionary income.

There were so many things wrong with this gentleman’s statement that I don’t know where to begin. 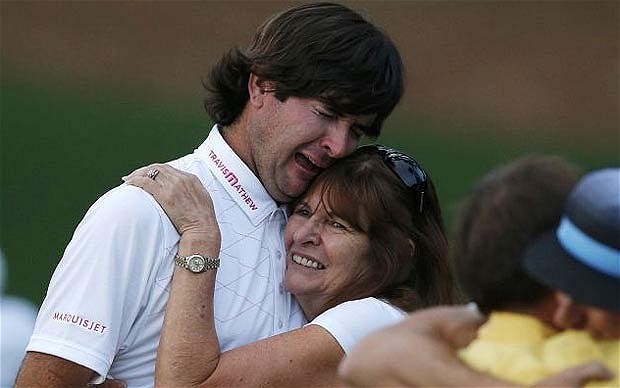 First of all, it’s the Masters; the Super Bowl, World Series and Stanley Cup of golf.  It is its own entity.  Sure, Tiger’s contention on Sunday would help ratings but I’d dare to venture those watching were glued to the Bubba Watson-Louis Oosthuizen overtime shootout.  If you missed it, you missed out.  Incidentally, so did Tiger, who finished 40th.

Second of all, Tiger has not won “a few tournaments” going into the Masters.  I can see where this poor cad could be confused considering Tiger had just won Bay Hill two weeks prior but that was the first tournament he had won in nearly four years!  It was kind of big news considering he’s only the most recognizable athlete on the planet.  If Mother of SportsChump knew that little tidbit of trivia (she boasts a touch of sports snobbery herself), I expect you to as well.  Perhaps my co-pilot was too wrapped up in grooming Twittles to know.

Fasten your seatbelt.  We’re coming in for a landing.

There’s no such thing as a stupid question, only stupid statements.  I don’t expect people to immerse themselves in sports as I do but again, there’s no shame in simply saying you don’t know.  It’s much better than just making stuff up or expounding upon something you may have read somewhere.  Ill-informed comments like these will become the foundation of Sports Snobbery.  Feel free to submit your own stories of sports snobbery and don’t feel bad about doing so.  This is our venue.  Oh, and be careful who you say stupid stuff to in the future.  It might just end up plastered all over the internet.