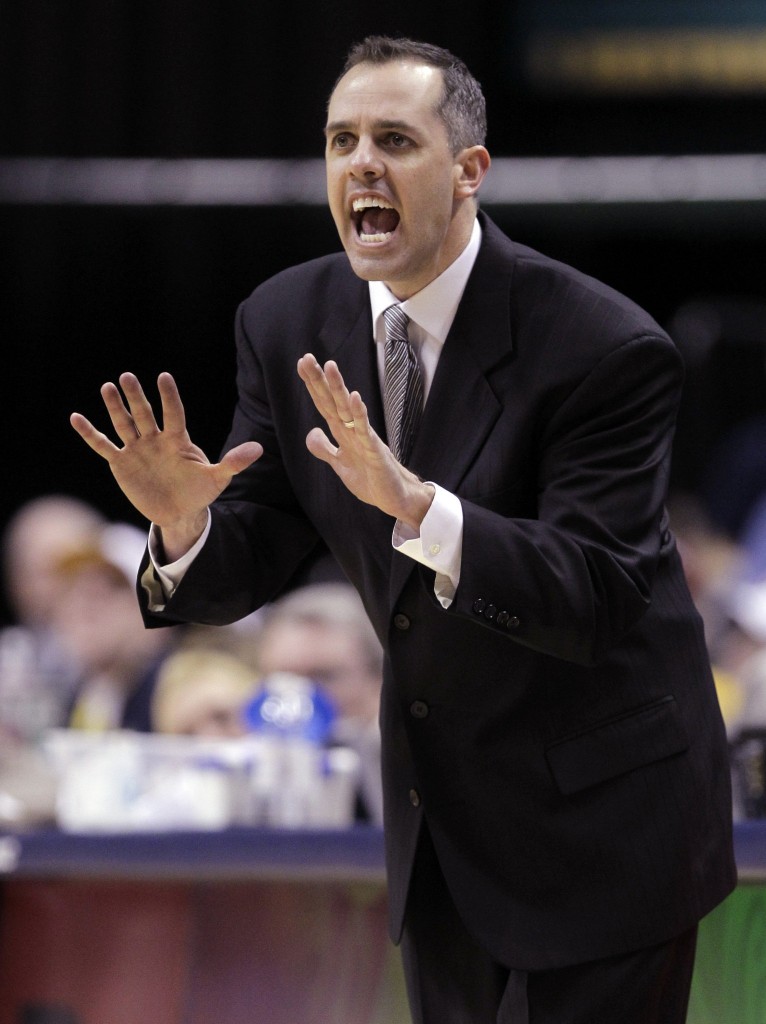 Have you ever heard of Frank Vogel?  Be honest, have you?

Most of you are well-read basketball fans, but I’m assuming you haven’t.

I knew who he was, but I didn’t really.

When I was chatting with a friend the other night and trying to recall the name of the coach responsible for bringing the Indiana Pacers to a three seed, I drew a complete blank.

Keep in mind these are not your Reggie Miller, Rik Smits, Dale Davis Pacers of yesteryear.  Aside from Danny Granger (you do know him, right?) and maybe Roy Hibbert, go ahead and chatter me off their remaining roster spots.  I’m waiting.

The 2012 Pacers are not a team we (and by we, I mean anyone outside of Indianapolis) pay much attention to.  They’re not flashy.  They don’t sell newspapers.   But they win.  I’ve watched my fair share of basketball this season and can’t say that the Pacers made a huge impression on me.  But they did on the Eastern Conference standings.  They finished the season twenty games over .500.  For the record, that’s only four games behind the Miami Heat and I’m pretty sure you know who’s on that roster.

That’s why Frank Vogel, a coach we’ve never heard of, coaching a bunch of players (David West, Leandro Barbosa, George Hill) we’ve heard of but forgotten about, should take home NBA Coach of the Year Honors.  In fact, it should be unanimous.

Let’s look at his competition.  Greg Popovich’s Spurs surprisingly finished atop the Western Conference but he’s already won the award.  You can’t give it to Tom Thibodeau, who led his Bulls to the best record in the East.  He won it last year.  They can’t give it to Erik Spoelstra.  We’re still counting down the days until Pat Riley takes over, or until he becomes the next Pat Riley, whichever comes first.  You can’t give it to Mike Brown of the Lakers, for we know it’s really Kobe Bryant coaching that team.  You can’t give it to Oklahoma City’s Scotty Brooks.  After boasting the best record in the Western Conference all season long, his young and talented team lost that honor late to the Spurs.  Besides, all those teams were supposed to be good.  And while I thought either George Karl or Doug Collins might have had a shot at the beginning of the season (do you realize these two lifers have NEVER won the award?), this year is all about Vogel.  It has to be. 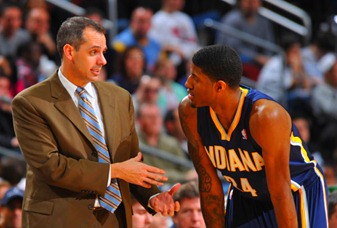 I didn’t know much about Vogel so I figured I’d share what I learned about him after surfing the internet.  According to NBA.com, at 38, he’s the second youngest coach in the league.  Like Spoelstra, Vogel was a video coordinator serving under a Kentucky guy, Spoelstra under Riley and Vogel under Pitino.  Vogel took over last year after Jim O’Brien was fired and most importantly, he has Larry Bird’s stamp of approval.  Perhaps you’ve heard of that guy.

So now you know who Frank Vogel is.  As the eighth seed in last year’s playoffs, his Pacers gave the Chicago Bulls all they wanted, losing in five games, but with each one highly contested.   In the first round of this year’s playoffs, they’ll face a dysfunctional Orlando Magic team whose injured superstar is demanding to be traded from his hospital bed.  Nothing is certain, which is why they play the games, but it’s hard to imagine a team that’s played well together all season losing to a team with no togetherness at all.

Either way, we’ll soon see how far the young Vogel can take this Pacers team and whether he’ll have a little hardware to show for it.  Perhaps then, more of us will have heard of him.

16 thoughts on “And your NBA Coach of the Year is…”