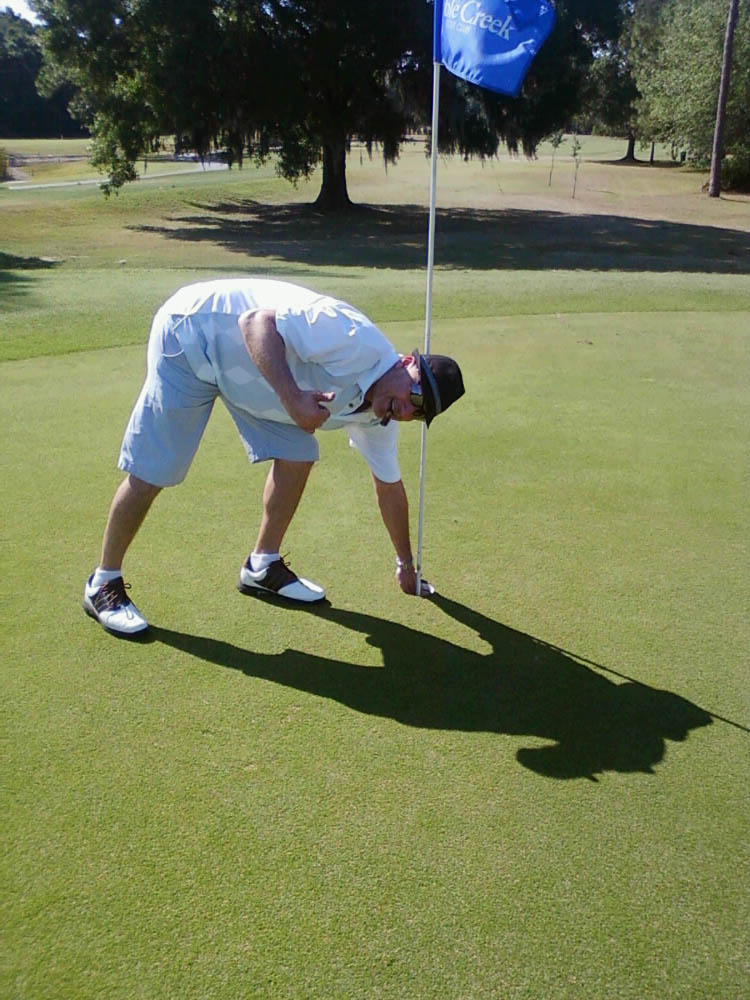 I’ve been hitting the links a little more regularly these days.  The weather here in the Sunshine State is beautiful, courses are abundant and greens fees are incredibly reasonable.  Clubhouses are practically giving the golf away.

Ever since I returned from Augusta National, I’ve been feeling it, consistently hovering around bogey golf, shooting 89, 96 and 91 my last three rounds.  That’s a major accomplishment for me, considering I didn’t even pick up a golf club until my mid-20s.  Removing the baseball swing from my stroke has been a struggle ever since.

Of course I don’t take the sport all that seriously.  Ironically, that’s probably why I’ve seen recent improvement in my score.  Besides, cigars and bourbon are regular cart partners.

Last Tuesday, plans to hit the beach and Rays game fell through, so I decided to play golf instead.  I called a few of my regular golfing partners but everyone was tied up.  It was a gorgeous Florida afternoon, so I decided to roll solo.

From the very first hole, I hit the ball well, getting off the tee consistently, hitting solid approaches and keeping the three putts to a minimum.

Then one particular tee shot got me thinking.  On the sixteenth hole, a 146-yard, par three, I stuck my tee shot about eight feet from the cup.  The line was right on; the ball just went a touch long.

But what if I had holed it?  Don’t get me wrong, holes-in-one are near impossible to come by, and  I don’t ever expect to get one, but golf tradition states when a player hits a hole-in-one, he has to buy drinks for everyone in the clubhouse after his round. 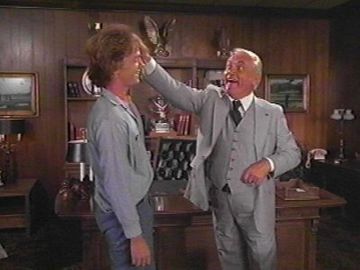 So what if I hit one while I was playing by myself?  Would anyone believe me?  I get razzed enough for using the occasional foot wedge to improve my lie.  Hey, if it’s good enough for Judge Smails, it’s good enough for me.  But think about it.  You’re out on the golf course, getting in a quick round all by your lonesome and voila, the ball goes in the hole.  What do you do, after obviously jumping for joy and screaming at the top of your lungs?

Do you immediately look around to find a witness, hoping perchance there’s a groundskeeper who saw your little miracle?  Do you storm in to the clubhouse, credit card in hand, looking to get everyone sloshed?  Do you text or call every last friend and family member to tell them what happened?  And how many of those responses come back “Yeah, right!”   Like a tree that falls in the woods not making a sound, if you hit a hole-in-one with no one around, does it count?

Again, I’ve never had a hole-in-one.  I imagine they’re as much about luck as they are skill.  That’s one of the great things about golf.  You never know when one can happen.  So if, or rather when, it happens to me, you might want to be around because I plan on throwing down hard.

And if you don’t believe me, that’s okay too.

32 thoughts on “What if? The solo hole-in-one scenario”