After watching the Clippers outscore the Spurs by 22 points in the first quarter of Game Three of their playoff series, it appeared, if ever so briefly, that San Antonio was not as invincible as everyone thought.  Then we saw them retaliate with a 50-17 run of their own and realized, perhaps they are. 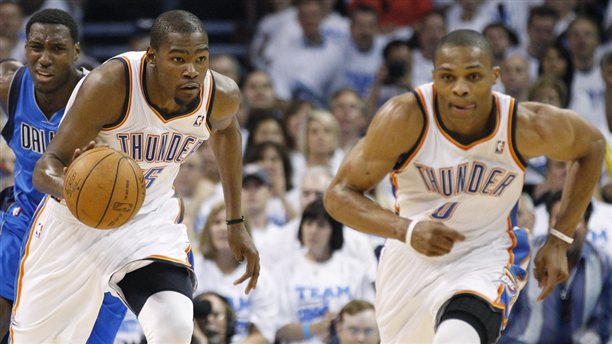 At only 23 years old each, Kevin Durant and Russell Westbrook are disturbingly good.  The Los Angeles Lakers had to play their very best just to be able to stay on the same floor as them.  The future of the league is in good hands.

If Oklahoma City makes the Finals, they’ll have bested four of the last five, and ten of the last thirteen, NBA championship franchises, in doing so.

Why does Gregg Popovich have to be such a sourpuss during mid-game interviews or did Lisa Salters have it coming for asking such stupid questions? 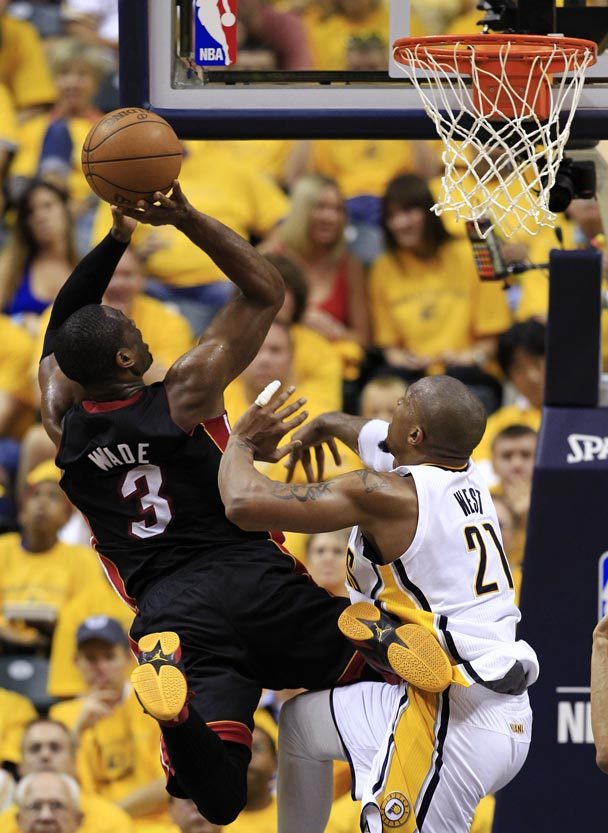 If we had a Philadelphia 76ers-Indianapolis Pacers Eastern Conference Finals, would anyone watch?

Was there ever really a need for Miami to panic if, even down two games to one, Las Vegas still listed them as favorites to win the Pacers series?  Probably not after watching LeBron James go for 40 points, 18 rebounds and nine assists in Game Four and Wade land 41 points and 10 rebounds in Game Six.  As usual, Las Vegas knew just what they were talking about.

How hurt is Chris Bosh really and does it even matter?

Was the Udonis Haslem suspension and Tyler Hansbrough lack thereof fair and how long before some pundit plays the race card?

Did the Knicks even consider contacting Phil Jackson about their head coaching position and if so, which player on that roster would he find most expendable?

How serious were the Orlando Magic about hiring Shaquille O’Neal as their next general manager and why the hell is Dwight Howard talking to TMZ.com? 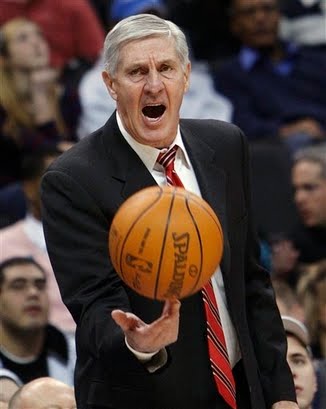 Would coaching the Bobcats drive Jerry Sloan to drink, particularly considering he lived in Utah for so long?

If you think the Miami Heat have done well with three of the top five drafted players in 2003 on their roster (James, Bosh, Wade), keep in mind, the Oklahoma City Thunder also have three top-five draft picks, all of whom they drafted themselves (Durant, 2nd, 2007; Westbrook, 4th, 2008; Harden, 3rd, 2009).

Which duo this post-season has been more dynamic: Wade/James or Durant/Westbrook?  Let’s hope we find out in the Finals.

Is any lead safe in these playoffs?

If there’s one thing more enjoyable than a Blake Griffin dunk, it was watching Tim Duncan, twelve years his senior, negate those dunks at the rim.

Does anyone else find it ironic that it’s the biggest guys (Bynum, Gasol, Howard) who act like babies while the smaller guys (Westbrook, Parker, Rondo) are among the toughest in the league?

Do you honestly, have any earthly idea who will be this year’s NBA champion?  If so, you know more than everyone else.

Will you be doing any betting on the London Olympic’s with it edging ever closer? Make sure the place you head for all of your Olympics Betting is betfair.com!