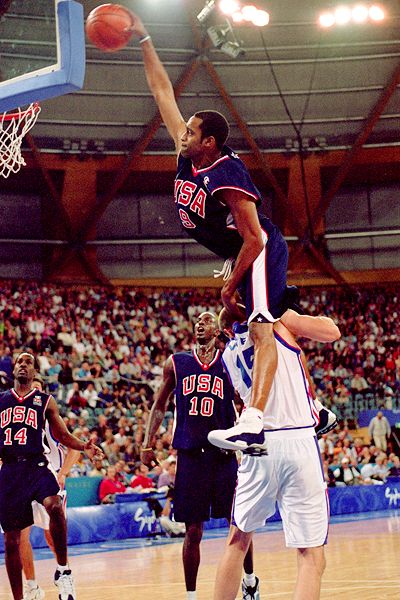 Vince Carter once dunked over Frederic Weis in international play. Weis stood seven feet tall and Carter cleared him.  To this day, that is Weis’ claim to fame and commonly considered one of the greatest dunks of all time.

This time around, there’s a new dunking sheriff in town.  His name is Blake Griffin.

Griffin was one of twelve NBA All-Stars named to the US Olympic team as they attempt to bring home another gold medal in London this summer.  While his game is not without flaw, he is still the most electrifying dunk artist in the game today.

At a recent USA Basketball training camp, the third year Clipper showed the rest of the world what they’re in store for by throwing a basketball up against the gym wall, catching it and throwing it down with just a hint of authority.

Rest assured, this summer, somehow, some way, and over somebody, Blake Griffin is about to show the rest of the world why we love this game.