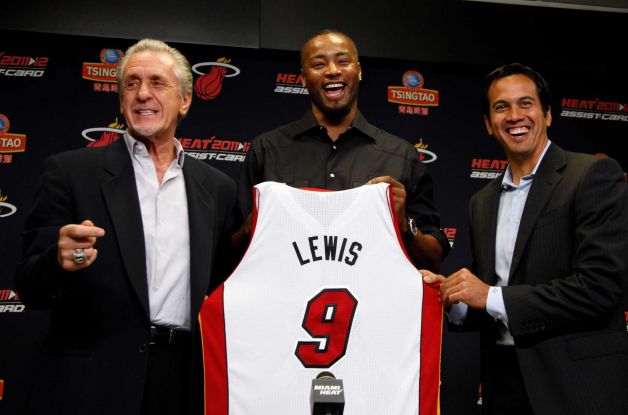 I think I’m gonna be sick.

As the NBA powers-that-be play musical chairs this off-season, i.e., Steve Nash to L.A., Ray Allen to Miami, Dwight Howard to nowhere, something occurred to me that, as an Orlando Magic fan, absolutely makes my stomach churn.

Rashard Lewis, now 32, recently signed on with the Miami Heat for $1.35 million.  Orlando once paid this very same man $112 million.  That’s a difference of $111 million for those of you counting at home.

It is also rumored that former Orlando Magic gimp Grant Hill may sign with the Los Angeles Lakers alongside Steve Nash, also likely for the league minimum.  It wasn’t all that long ago that Orlando cut his Grantness a check for $93 million, with which he bought the most expensive three-year ankle boot in league history.

First and foremost, I am an NBA fan, but I am an Orlando Magic fan as well, so I think I speak for the rest of Magic fans nationwide when I boldly request that this organization remove its head from its ass, learn how to sign a contract that won’t handcuff the franchise, and ultimately figure out a way to ensure this team is no longer considered the laughing stock of the league, which it has to be among closely knit, NBA circles.  How could it not? 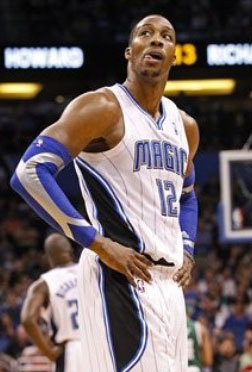 The Magic have grossly mismanaged the handling of their best player, Dwight Howard, and while he is not without sin in this whole ordeal, I find it hard to believe the Magic did everything in its power to keep things copasetic with the game’s most dominant big man.  Otherwise, none of this would be happening.

Think about it.  Orlando has to be the only team in the league with a brand, spanking new arena, unlimited marketing possibilities and no state income tax, yet it’s a place where no professional basketball player wants to play.

The Magic recently hired Rob Hennigan as their new general manager.  At only 30 years of age, Hennigan is ironically younger than both Hill and Lewis.  Apparently he comes from good GM pedigree having worked in both San Antonio and Oklahoma City, at least that’s what the Magic are hoping.  We’ll soon see.  Finding the next Sam Presti, or Theo Epstein for that matter, has become all the rage, yet is still a roll of the dice.  With the letters still being stenciled on Hennigan’s office door, the Magic are now making key franchise decisions, with no head coach, only to soon turn over the keys of their Dwight-less Jalopy to the poor sap they do hire.

As you can tell, I am embittered Magic fan, but as a sensible adult (sometimes), this team is becoming harder and harder to root for.  I ask you, would you give your hard-earned money to a stockbroker that perpetually made bad financial decisions on your behalf?  If not, then why should I continue to invest my fanhood in a franchise that doesn’t know how to properly reimburse me for my investment?