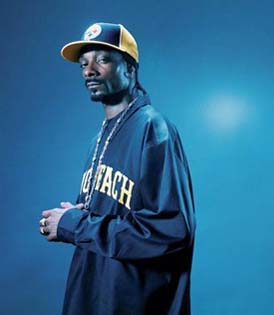 Not in the Chuck D, Tribe Called Quest, Snoop Dogg sense of the word, but still… I am hip-hop.

Well, at least I’m in a hip-hop video.  That’s really what I meant.

Nobody panic.  I’m not giving up writing for rapping just yet.  I only do that on karaoke night.

But when some local Tampa artists requested permission to use our nightclub to film the video that would potentially launch their careers, it was all the owners could do to say yes.  The artists’ decision to put yours truly in the video was just the icing on the cake.  Let’s hope my cameo doesn’t derail their path to superstardom.

Ladies and gentlemen, I hereby ask you to support local music.  TMP is a young, Tampa-based hip-hop act trying to make it big.  Not to mention, they’re a nice bunch of kids.

It is therefore my sincere pleasure to bring you their track “Who Do It Bigger Than Us.”  And if you look closely enough at the video below, you might just catch a glimpse of one extremely, handsome bar manager about 1:15 in.

Please take a second to click on their YouTube link to get them the hits they deserve.  After all, internet traffic makes the world go round.  And when they finally make it big, we’ll all be invited to the VIP party.  Dollar, dollar bills, y’all!