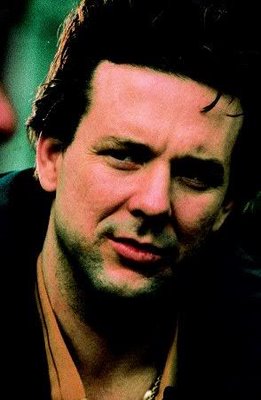 There’s this joke that starts out “So Mickey Rourke meets Usain Bolt outside a London café, at four in the morning, challenges him to a race and beats him.”

Actually, that’s no joke.  According to Rourke, that really happened.  Rourke, 59, was hanging out in London, doing what movie stars do, and he just happened to run into Bolt.  Rourke then challenged the gold medalist to a footrace.  Rourke allegedly asked Bolt to line up a few steps behind him, giving Rourke a slight head start.  The Oscar-nominated actor then beat him in a 30-yard dash, which is odd considering he was likely wearing a leather jacket, cowboy boots, baggy jeans and a lot of clanky jewelry.  Apparently sun-drenched skin and extensive, facial reconstructive surgery make one more aerodynamic and thus, Olympically viable.

I’m 44 and haven’t challenged anyone to a race in years, unless of course, it involved chugging beer.  That’s not to say, if given the opportunity, I wouldn’t challenge Bolt to a mano a mano sprint, or perhaps a music trivia contest, where I could surely take him.

But the Rourke-Bolt match-up got me thinking.  If you had one opportunity to challenge any figure, past or present, to any event at any given time, who and what would it be?

Would you challenge Ernest Hemingway to an arm wrestling contest, Sinatra to a karaoke sing-off, or keep it simple and persuade Sofia Vergara into a lifelong kiss-off?  Remember, those were my ideas first, guys.

So entertain me.  I have a batch of brand new SportsChump t-shirts that I’m just itching to give away.  Explain in the comments section below who you’d challenge to what event and why.  The answer I deem most shirt-worthy will win some fresh new attire to wear around the Olympic village.

And when people ask you where you got that fabulous t-shirt, don’t forget to tell them you won it by challenging Christopher Walken to a dance-off.