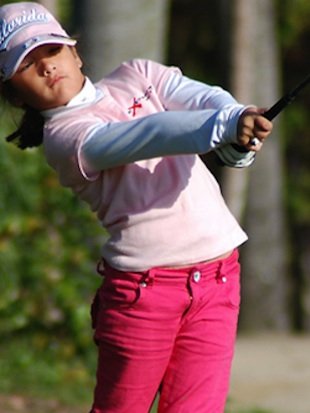 So when I hear stories like the one below, I don’t know whether to be encouraged or to give the game up altogether.

I was sitting peacefully on my couch the other evening, watching my usual slate of ESPN programming, when I found out that Latanna Stone, a 10-year old girl from Brandon, Florida, that’s right, a 10-YEAR OLD GIRL, who lives only a golf course distance away from my home, had just qualified for the U.S. Women’s Amateur.

I’ve shot 70 before… after completing 13 holes.  Sometimes after 15 if I’m hitting them straight.

I don’t take my golf game too seriously.  I mean, why would I?  I’m out there mostly for the sun, the fun and the camaraderie.  But ten?  TEN?!?  It’s enough to make me question why I’m even out there in the first place, or at least inspire me to leave my clubs in the trunk of my car where they probably belong.  It takes a strong man to opt for self-reflection and cheap greens fees. 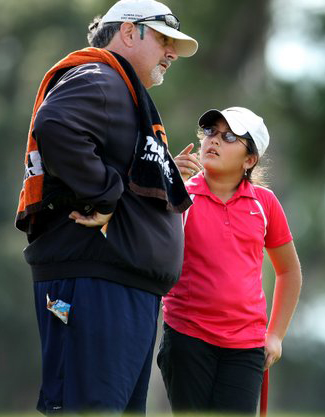 I didn’t even know what golf WAS when I was ten years old, never mind a green-in-regulation.  I do now after playing the sport casually for nearly twenty years, which is incidentally twice Latanna’s age.  Ugh, don’t remind me.

She can’t drive.  She can’t drink.  She can’t drink and drive.  Suddenly, I need a drink… and a golf lesson.  I can’t even concentrate right now I’m so upset.  Have I mentioned this young lady shot a 70?  I may NEVER shoot a 70… or even 80 for that matter.

I guess it’s time for me to accept my mediocrity in a game that, to Latanna, comes so naturally.

Does Stone’s success suddenly create a spike in weekend warriors across America or do golfers everywhere, still struggling to lower their handicap, hang up their spikes once and for all?   One thing’s for certain.  As her celebrity grows, she’ll have a fan base of middle-aged men coming to greet her, awkwardly standing in awe, asking for her autograph, as she reminds them of their own mortality.

All we can do as sports fans is wish Latanna the best, whether or not golf is the path in life she chooses.  I’m not resentful, I’m just average.  And that’s okay.

Now if you’ll excuse me, the driving range is calling.

45 thoughts on “While prodigies prosper, my golf game gets ghastly: The simultaneously inspiring yet discouraging story of Latanna Stone”