I don’t consider myself a purist, even though I am getting a little long in the tooth.

As a sports fan through and through, I’m all for advancements that make our games more enjoyable, whether it’s expanding instant replay, ensuring the health of our players or making each sport more accessible to its fan base, as long as these changes take place within the context of the game.

I’m also aware that professional sports are BIG business.  Billionaires don’t buy teams for their health.   Owners look to turn a profit just as much as they do to win ballgames. 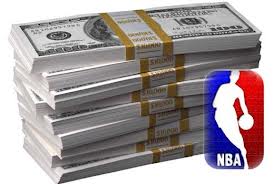 Exploring alternative revenue streams is a vital part of any successful business.  So when Commissioner Stern announced the NBA would be doing exactly that, fans took notice.

Team owners have long discussed placing advertisements on uniforms, understanding that it breaks tradition, but salivating over the extra hundreds of millions of dollars in revenue it would contribute to their coffers.

What’s been proposed are small, uniform patches that advertisers must be lining up to bid on.  This team is brought to you by Coca-Cola, McDonald’s, you name it.  Place your logo here and reap the benefits.

This has been done in a number of other sports.  Soccer uniforms are littered with advertisements.  Entire companies sponsor NASCAR racing teams.  Professional golfers and tennis players wear shirts boasting whichever companies pay their rent.  Boxers ink temporary tattoos across their arms and backs.

But never the big three.  Those uniforms have always been considered sacred.  That is until 2013 when the NBA implements jersey ads for all to see. 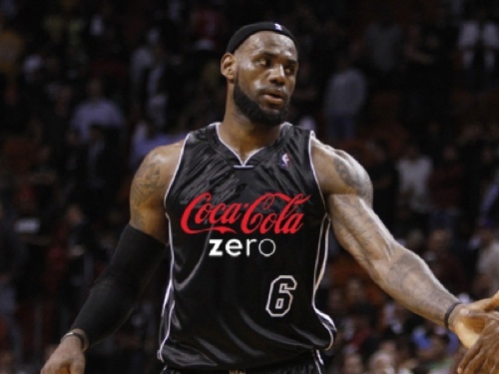 I’m no team owner.  I’m no business major and certainly no billionaire.  If I was, I might feel differently about this issue.  I’m just a fan who might wince when I see the golden arches adorn LeBron’s chest every time he slam dunks a basketball.

So maybe I am a purist, thinking there should be a place where we draw the line, not always rushing to sign on the one that is dotted, even if it means a few extra bucks.

Then again, maybe it won’t be all that bad.  Maybe after ten to fifteen years, these ads will be barely noticeable.  Like a scar that’s healed over time, you can’t remember how you got it.

Maybe I’m making too much of this.  After all, every Major League ballpark and NFL stadium is homage to marketing.  Everywhere you look, there are signs, banners, your sporting experience brought to you by Brands X, Y and Z.  Major League Baseball even allowed scrolling holograms behind home plate some years ago so advertisers could reach the viewers at home and not just those in the ballpark.

But not on their uniforms, and certainly not on the shield.

There’s a ‘loss of innocence’ factor here that cannot be ignored.  Of course, Mark Cuban, Rich DeVos, the Maloof brothers and company could care less about innocence when they’re cashing that ten million dollar paycheck.

Maybe it’s the sell-out thing that bothers me.  Shouldn’t the product be strong enough to stand on its own two, lanky legs that it shouldn’t resort to this?  Are advertisers paying more to put their logo on LeBron’s jersey than they are the twelfth man on Minnesota’s bench?  Don’t we already know Apple, Pepsi and Anheuser-Busch exist without the constant reminders of their emblems?

Either way, big business is probably toasting their lucrative deal, conscience-free, clinking champagne flutes in board rooms across the country, while fans once again pay the dearest price, by realizing that winning, and integrity, are of secondary importance, and the dollars handed through the ticket windows are more important than the numbers passing through the turnstiles.

32 thoughts on “The NBA sells out”