Over the past fifteen years, these are the names of the gentlemen that we, as college football fans, have been led to believe are the second coming of the next great signal caller.  These are your University of Southern California starting quarterbacks. 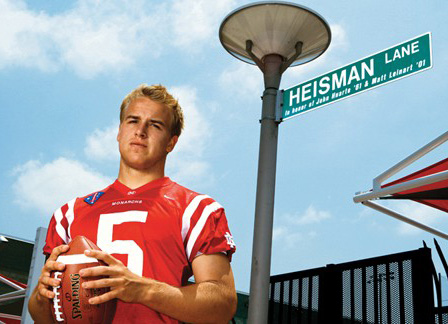 We’ve been told that these strapping young men could not only lead USC to their birthright – the inevitable national championship – but walk into any Los Angeles mall and bed whatever co-ed they desired.

We’ve quickly learned that bedding coeds and winning football games do not go hand in hand.

Last summer, the much heralded Matt Barkley, decided to return for his senior season at Southern Cal, wisely opting not to compete for draft status against Andrew Luck and Robert Griffin III.  Reporters fawned over the golden-haired California product, practically awarding him and his teammates an uncontested national championship before a single ball was snapped.  This Saturday, Barkley and company lost their fourth game of the season, this time to crosstown rival UCLA.  USC was ranked pre-season number one.  This week, they are unranked.

Barkley has now lost 12 games as USC’s starter.   That’s not quite up to USC’s standards… or is it?

In his one full season at starting quarterback in 2008, Mark Sanchez led the Trojans to a 12-1 record and a Rose Bowl victory, taking home the game’s MVP honors.  USC did not play for a national championship that year and Sanchez quickly jumped ship to the NFL where he now struggles with the New York Jets.

Prior to Sanchez, John David Booty played nearly two full seasons as USC’s starting quarterback, losing only three games over that time.  Booty also won a Rose Bowl but is no longer playing in the NFL. 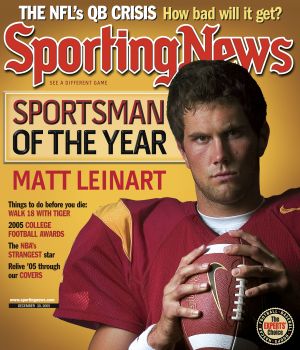 Matt Leinart shared arguably the greatest success of any Trojan quarterback.  He’s a Heisman Trophy Winner, a two-time Orange Bowl MVP, a national champion and went 37-2 as a starter over three years.  He also had the good fortune of playing with a guy named Reggie Bush.  Since being drafted in 2006, Leinart has started 18 games in the NFL.  He has thrown only four touchdown passes in the last six seasons.

Leinart’s predecessor, Carson Palmer also won a Heisman Trophy and although he led USC to an 11-2 record in his senior year, he struggled mightily his sophomore and junior seasons.  Of this, dare I say, overrated lot of quarterbacks, Palmer has had the most success in the NFL, passing for over 28,000 career yards, but considering the Cincinnati Bengals selected him with the very first pick in the draft, it’s safe to say even Palmer has failed to live up the USC hype.

Palmer went first in the 2003 NFL Draft.  Leinart and Sanchez were also first round draft picks.  Booty went in the fifth round.  Barkley will soon follow in their footsteps, expected to be taken very early if not number one overall, with the ever-bright promise of leading the team that takes him to a prosperous future.

The problem is no USC quarterback before him has ever done so. 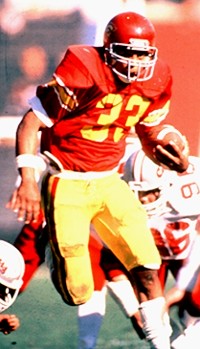 None of these players were quarterbacks.

So why all the fuss surrounding that position?  Why are we led to believe that every kid that plays quarterback at USC is miraculously going to be the next Peyton Manning or Tom Brady or Aaron Rodgers, when in reality, they are nowhere close.

I don’t have the answer to that question.  All I can tell you is that USC is a high-profile program, with an incredibly proud tradition, yet who has recently had one coach leave under scrutiny and locked in another who has yet to prove he’s worth his weight in cardinal and gold.

Look, I went to Florida.  I suffered the ups and downs of Danny Wuerffel, Doug Johnson, Shane Matthews, Chris Leak, Rex Grossman and yes, Tim Tebow.  None of them, except for perhaps Grossman, were expected to succeed at the next level like the golden boys of USC.  Grossman was picked 22nd in the 2003 draft, Tebow 25th in 2010, all well after Palmer, Sanchez and Leinart, and most definitely later than Barkley will be selected in 2013.

Yet the hype surrounding the USC quarterback will live on.  God help us if backup freshman Max Wittek is able to knock off unbeaten Notre Dame this Saturday.

So please allow me to suggest that when we hear the next reporter boldly proclaim USC’s quarterback of the future will lead them to the Promised Land, we carry a grain of salt with us.  It’s safer to assume he’ll have greater success at the local mall.

30 thoughts on “The myth of the USC quarterback”