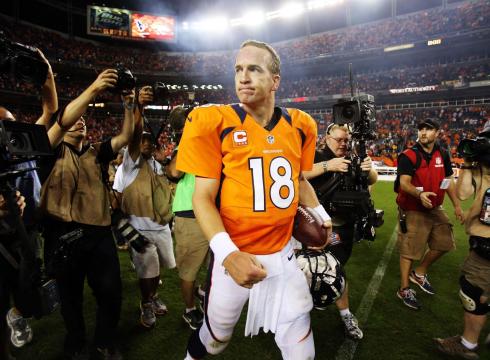 Another regular NFL season has regrettably come to a close, bringing us plenty of surprises that nobody saw coming back in September.

The Giants and Steelers are out of the playoffs; the Colts, Bengals and Seahawks are all in.  Three rookie quarterbacks had breakout seasons, one man nearly broke the single-season rushing record and another recovering from neck surgery led his team to an eleven-game winning streak and home field advantage throughout the playoffs.  Who were we to ever doubt Adrian Peterson and Peyton Manning?

At the beginning of the season, I held my second annual Over/Under contest where I asked each of you to pick ten teams and rank their projected win total over or under by confidence points.  One participant was nearly perfect but before we get to this year’s winner, let’s take a look at where Las Vegas odds makers were right and where they went horribly wrong.

WHERE LAS VEGAS WAS RIGHT

When it comes to betting over/unders, there are certain teams I stay away from.  Las Vegas is always going to set double-digit wins, or thereabouts, on teams like the Ravens, Patriots, Giants and Packers.  The only problem with that is you generally have to wait until season’s end to figure out whether or not you’re a winner. 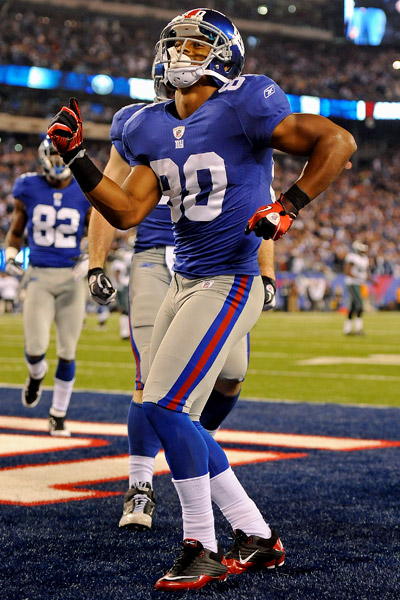 For example, Las Vegas placed the Giants over/under at nine wins.  The Giants finished with, wait for it, nine wins.  I didn’t need all season long for some odds maker locked in a secret room in Las Vegas to tell me the Giants would hover right around that number.  You might as well have bet on a coin toss.  Similarly, Vegas had the Ravens at 9.5 wins.  They finished with ten.  To me, it just seems like a long time to wait on a return for your investment, not to mention making you sweat the entire way.

This year, Las Vegas was within two games on 18 of the 32 teams in the league, which actually isn’t all that impressive by their standards.  Finding that surprise team Vegas is going to miss on, and there were quite a few this year, is always a rewarding play, both emotionally and financially.

WHERE LAS VEGAS WAS WRONG

The Arizona Cardinals are not a very good football team.  What’s worse is they don’t appear to be getting better any time soon.  They’ll have a new head coach next year after firing Ken Whisenhunt, they play in a division that is only going to get tougher and they have millions of dollars locked up on a quarterback that’s not getting any playing time.  With that dreary outlook, I don’t expect next year’s over/under to be as high as 7.5. 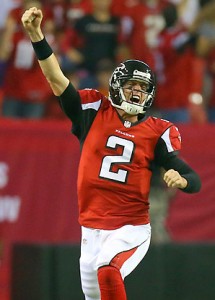 Las Vegas didn’t throw around all that many 12’s this year.  The Texans (10 ½), Packers (11 ½) and Patriots (12) were the only teams projected to win more than ten games.  We now know odds makers should have put Atlanta in that mix.  I actually liked the Falcons over 9.5.  With the coach-less Saints, Cam Newton’s impending sophomore slump and a new coach taking over in Tampa Bay all playing in the same division, taking Atlanta over 9 ½ wins seemed like a no-brainer.  Too bad I didn’t bet real money on it.

You suddenly feel like kicking yourself, don’t you?  Just remember it wasn’t all that long ago that many of us were wondering whether Peyton Manning could ever return to be the Manning of old.  Apparently the only people convinced he could were John Elway and the General himself.  Las Vegas probably took a bath on this number as they did with Atlanta and a few other teams I’m about to mention.

Yes, you read that correct.  The Detroit Lions, who were in the playoffs last year, won only four games in 2012 and that’s with Calvin Johnson amassing nearly 2,000 receiving yards.  Head coach Jim Schwartz still has his job for now but you have to imagine his dismissal was at least being discussed.  Another missed post-season next year and that dismissal might become reality.

We knew Andrew Luck would be good.  We just didn’t expect him to lead the Colts to NINE wins more than they had last year.  Apparently, neither did Las Vegas.  In retrospect, picking over five wins here didn’t seem all that much of a stretch.  Picking them to make the playoffs would have been.

The Jaguars are a hot mess.  They have an owner who’s counting down the days before he can move the team to Los Angeles and they’re rumored to acquire a quarterback who can’t throw the football but can pack people into the stadium.  Regardless of what happens, I’d look for Las Vegas to keep their projected over/under total low next year as well. 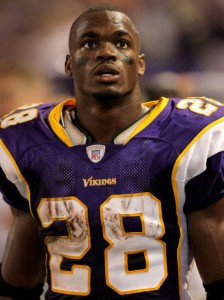 Whoops, Las Vegas!  Wrong again!  Adrian Peterson had himself an MVP season and just missed breaking Eric Dickerson’s single-season rushing record by nine yards.  Apparently, Las Vegas didn’t have enough faith in him or in second-year quarterback Christian Ponder.  They were wrong on both counts.  The Vikes landed double-digit wins and a playoff berth in the process.

The Saints were a tough team to figure out.  We knew they were talented but they were going to be playing without their head coach and a few key players to boot.  Could they still muster ten wins with the Bounty Gate penalties hanging over their head?  Not this year.  Las Vegas probably lost a fair amount of money on this play, for who in their right mind thought a coach-less team could win ten games in a fairly competitive division?  “Not I,” said the guy who bet the Saints under.

I’m tired of writing about the Jets and I’m pretty sure you’re tired of reading about them.  Let’s just say they sucked this year and move on, shall we?

Speaking of sucking, the Raiders are another team who appear to be going nowhere fast, finishing with the third worst record in the league.  Raider fans are no longer painting their faces to support their team but more so that they’re no longer recognized at home games. 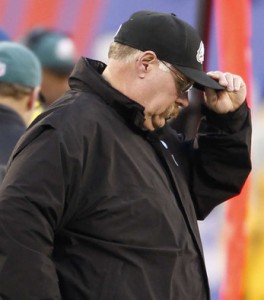 The Philadelphia Eagles are going to have a whole different look next year but, rest assured, they still might suck.  Gone is Andy Reid who served as their head coach for fourteen seasons, winning 130 games over that span and reaching the playoffs nine times.  Most Philly fans will tell you it was time for Reid to go.  They might just want to be careful what they wish for.

If you didn’t watch the Seahawks this season, you missed out on some good football.  This is one of the most exciting young teams in the league.  They scored 50 points in back to back games, becoming only the third team in NFL history to do so, and turned a lot of heads, including those in Las Vegas, by winning 11 games and nearly winning their division.

If you haven’t heard of RGIII by now, you’re obviously living under a rock.  Robert Griffin III and fellow rookie running back Alfred Morris led the Redskins to Washington’s first division title since 1999.  For the record, Griffin was nine years old back then.  Eagles, Cowboys and Giants fans are all collectively fearing what the ‘Skins have in store in the years to come.

And now, our contest results…

Most everyone fared pretty well this year as one would come to expect from such an educated batch of readers.  This year’s final results actually went down to Week 17 with the outcome hanging in the balance.  Even though Las Vegas was far off on a number of teams, eight of the league’s 32 teams number’s actually went down to the final week to determine.  In the end though, only one of us could stand victorious, with some pretty impressive picks I might add.

How impressive, you ask?  Let’s just say out of his ten picks, he got nine correct.

In reverse order, here is how we placed. 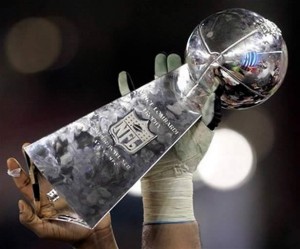 And our winner with an impressive 53 points is…. RAVENOUS.

Ladies and gentlemen, let’s give him a well-deserved round of applause.  He promises to frequent the comments section a bit more often now that he has bragging rights, or as he called it, a little more ‘street cred.’

Thanks again to all those who participated and enjoy the playoffs.

49 thoughts on “An NFL season review, how Las Vegas was wrong and the crowning of a new champion”