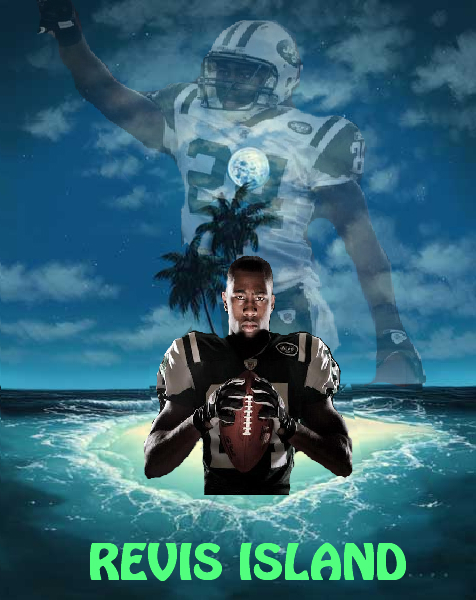 These are interesting times in the Tampa Bay area.  Not only is our promising, young, baseball team about to embark on a quest for its first World Series title, our beloved Buccaneers are once again making noise in the free agent market.

Big noise, as in they’re looking to sign the highest-profile, free agent out there: defensive back Darrelle Revis, the only man in the NFL with his own island.

It is no secret that the Buccaneers secondary was the worst in the league last year.  After losing Eric Wright to injury (and drug suspension) and trading the troubled Aqib Talib to the New England Patriots, opposing teams were passing at will against the Bucs.  They gave up a league worst 297 passing yards per game which, by the way, is 100 fewer yards than the Jets, for whom Revis currently plays.

The question isn’t whether the Bucs should pull the trigger on the Revis deal.  They’re really the only team rumored to be in the hunt.  It’s what they should give up to get him.  Defensive backs rarely make Garnett money but Revis does.  The numbers rumored to be floating around are upwards of $15 million, which is a boatload considering the penny-pinching Buccaneers generally don’t cough up of that sort of coin.

Last September, Revis tore his ACL.  To call him damaged goods would be inappropriate.  To say paying him $15 mil is a risk, or that he might not be the player he once was after knee surgery, is not.

I remember when the Orlando Magic signed an injured Grant Hill to a multi-million dollar, multi-year contract.  In six years, he played in only 200 games.  The Magic paid him $84 million over that time, not exactly the return on the investment they were hoping for.  The Hill signing handcuffed the Magic for years.

I’m not saying the Buccaneers shouldn’t sign Revis nor am I suggesting he won’t be the Revis of old.  I am saying the Bucs should prod and probe and not back down to the Jets’ demands.  There is too much at stake, namely their immediate future. 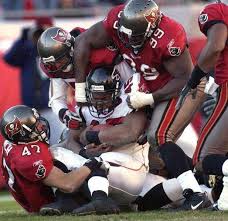 Behind closed doors, both war rooms are jockeying for position, the Jets wanting draft picks the Bucs are unwilling to part with.  Both parties hold bargaining chips, the Bucs in the sense that no other team is looking to spend that much money on Revis and the Jets knowing the Bucs have a dire need in that area.

The Tampa Bay Buccaneers have a proud tradition of stingy defense which of late has become a shadow of its former self.  It’s a franchise that has always won not by outscoring opponents but by shutting them down defensively.  A healthy Revis would go a long way in restoring that tradition. That’s the only caveat. Is a healthy Revis what they’re getting?