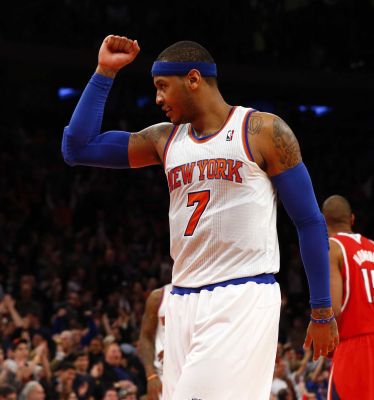 I don’t recall that last time we saw double-digit winning streaks by four different teams in a single NBA season.  While the Heat’s 27-game winning streak was all anybody could talk about until the Chicago Bulls put an end to it, there have been three other streaks this season nearly as impressive.

Under the scorching hot hand of Carmelo Anthony, the New York Knicks are in the midst of a thirteen game bender as we speak.  ‘Melo scored fifty points one night and then followed it up with forty the next.  Let the comparisons to Bernard King continue.  Furthermore, those performances came on the road against playoff teams (Miami and Atlanta).  They also just beat the top-seeded Thunder in Oklahoma City where they’ve lost only six times this year.

Earlier this season, the Denver Nuggets rattled off a fifteen-game winning streak, showing the league they’re not a team anyone wants to face in the playoffs, with or without Danilo Gallinari.

And let’s not forget about Lob City.  At the very beginning of the season, the Los Angeles Clippers got off to a healthy start by winning 17 straight, putting them among the top seeds in the Western Conference as a result.

As most of you know, I’m of the belief that the Miami Heat will repeat as NBA champions but their road won’t be easy.  There are plenty of teams in the league that can at least present a challenge.  Denver, Los Angeles and New York are among them. 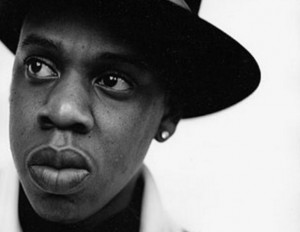 A lot has been made lately about Robinson Cano dumping uber-agent Scott Boras for hip-hop mogul, Brooklyn Nets figurehead and now professional sports agent Jay-Z but I don’t see what the big deal is.  I mean, Jay-Z has his hand in everything, including Beyonce’s blouse which is probably the most admirable accomplishment of them all.

With all his success, it’s safe to assume Jay-Z has far fewer than 99 problems these days.  Can you imagine the damage Jay-Z would do, acting all gangsta, walking into a boardroom meeting full of stuffy, baseball owners?  You’d have to imagine the billionaire boys club of Major League Baseball would be pissing their pants as Jay-Z and his posse rolled in, demanding suitcases full of cash for their star player.  Or maybe he’d bring Beyonce along as a distractionary tactic, owners drooling all over the one-sided contract they were about to unwillingly sign.

Either way, Z once again has a leg up on the competition and any athlete who signs with him should do just fine. 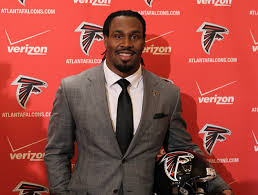 Remember a few weeks ago when the Atlanta Falcons cut Michael Turner, John Abraham and Dunta Robinson?  We all collectively asked what the hell they were doing.

Well, guess what.  The Atlanta Falcons knew EXACTLY what they’re doing.  Who were we to second guess?  Not a month after releasing names that had become synonymous with the franchise, the Falcons turned right around and signed running beast Steven Jackson and two-time Super Bowl champion Osi Umenyiora.

Their roster is slowly starting to read like Pro Bowler’s who’s who.

The Falcons have double-digit wins the last three seasons but have yet to do any serious damage in the playoffs.  That organization and their fans are hoping their latest acquisitions will translate into more than just wins in the regular season.  This time around they just might. 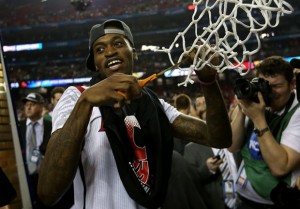 You have to hand it to Louisville’s Kevin Ware.  He’s one tough cookie.

After breaking his leg in what was arguably the most gruesome sports injury any of us have ever seen, Ware told his teammates to just go out and win as he was being carried off the court on a gurney.

He’s already up and moving around, albeit with a cast on his leg.  He even traveled with the team to the Final Four AND WAS IN UNIFORM, cutting down the nets as Louisville took home their first championship in nearly thirty years.

Had I snapped my leg in two like Ware did, I’d be crying like a bitch for weeks, laying in my hospital bed a la Gary Bertier, cheering my team to victory with one thumb on the remote and the other thumb on the Call Nurse button, regularly asking for Jell-O refills to ease my pain.  MORE SNACK PACK!!!

Ware was all the motivation Louisville needed to bring home a national championship, making Rick Pitino the only men’s basketball coach to win a title with two different programs.  We’ll have to make room for him on our next Hail Scale but he probably deserves a post all his own.  Stay tuned. 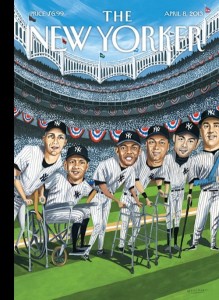 I know we’re only a few games into this baseball season but is it time for Yankees fans to panic? In their first two games, they were outscored by the Boston Red Sox 15-6 and are allowing almost six runs a game.

The Yanks are old and injured.  They were mocked on the cover of the latest New Yorker.   They didn’t sell out Opening Day.  Maybe that’s because Yankees fans have already braced themselves for what could be a very long season.

I don’t recall the last time the Yankees finished last place in their division.  I believe it was 1990 when they finished 67-95, otherwise known as the Kevin Maas/Matt Nokes years.  My Yankees readers just cringed at the reference.  George Steinbrenner would have fired Billy Martin fifteen times over had he been the manager that season.

A buddy of mine, a lifelong Yankees fan, recently wrote on his Facebook page that it’s way too early to panic.  That is, of course, true unless you consider a) the Yankees are as old and battered as the New Yorker suggests b) they may very well be the worst team in the AL East and c) all the other teams in that division will be chomping at the bit to take advantage of both a and b.

Buckle up, Yankees fans.  You could be in for a bumpy ride. 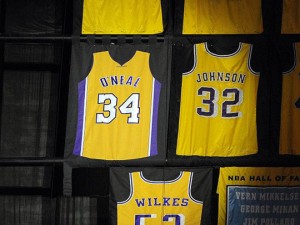 I sure am getting tired of writing about the Lakers.  Who am I kidding?  No I’m not.  They’re the gift that keeps on giving.

It’s bad enough a team loaded with future Hall-Of-Famers is struggling to make the playoffs but now they’re bungling jersey-honoring ceremonies as well.

Shaquille O’Neal became the latest Laker to have his jersey hang from the rafters at the Staples Center.  The only problem is those in charge of the ceremony screwed up his jersey.

His last name is on the front rather than the back.

You have to figure at least a few hundred people were involved in planning this event, right?  Do you mean to tell me that not a single person noticed the jersey was fucked up?  Couldn’t anyone in La-La-Land take time out from their plastic surgery appointments to notice something was amiss?

Remember that scene at the end of Boogie Nights (no, not that one) where the Latin bar owner, played by Luiz Guzman, celebrates the unveiling of his new neon sign, only to find they spelled Rodriguez, his character’s last name, with a Q?  Yeah, this was like that, except worse because the Shaq debacle really happened. 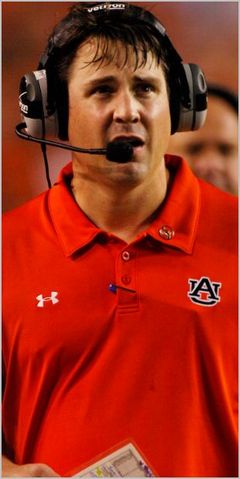 So another SEC school has been accused of paying its football players.  And this is news why?

I’ll tell you why.

Because the man who is currently the head football coach of my alma mater, Will Muschamp, was fingered as one of the people offering money to a player to stay in school.  He’s since denied such allegations.

Look, we all know this happens, not just in the SEC but pretty much everywhere else.  To paraphrase Colonel Jessup, “we don’t want the truth because deep down in places we don’t talk about at parties, we want them on that wall, we need them on that wall.”

Here’s a hint for the naïve still among us.  Big time college football programs give handouts to their athletes.  It’s those who get caught who bear the burden of embarrassment, and quite often suspensions.

Remember all that Cam Newton talk a few years back?  What ever happened to that?  Nothing, that’s what.  And before you suggest paying college players is the answer, let me assure you, it’s not.

As long as there are millions to be made and bowl games to be won, major college programs will do whatever it takes to land the players they want.  Always have, always will.  To assume otherwise is simply preposterous. 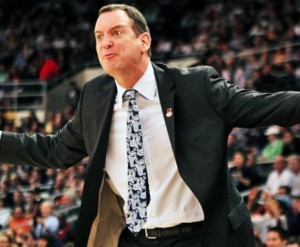 And finally, we’re making a big stink about Rutgers firing their abusive and psychopathic basketball coach, Mike Rice.   Had anybody even heard of this guy before we found out he was fired for hitting, kicking and berating his college athletes?  Way to make a name for yourself, Rice.  You made Mark Mangino, Jim Leavitt and Mike Leach look like camp counselors.  Did it ever occur to you that what you were doing was wrong?

Someone put together a video montage of all the times Rice spazzed out, kicking basketballs across the gym, calling his basketball players homophobic slurs and generally being an all-around lunatic.  Perhaps it’s time for anger management classes.

We’ve talked about this in the past but whatever happened to the days when coaches actually coached, molded men out of boys, taught them right from wrong and leading by example?

Actually, I take that back.  Rice did lead by example.  He taught us exactly how NOT to treat others.