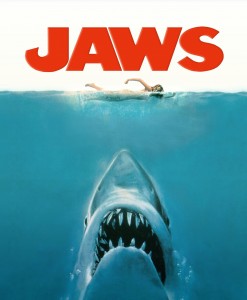 There are few things that scare the shit out of me.  Sharks and snakes are among them.

This is somewhat ironic considering I live in a state that’s surrounded by water, but as a general rule, I keep a safe distance from aquatic creatures that can do irreparable harm.

My phobia probably stems from the afternoon my aunt took me to see the release of Jaws.  I had my head buried in her lap from the opening credits.

Even that blond-haired youngster, however, couldn’t have been as startled as this guy who had a shark nearly chomp his kayak in half.  Grind TV recently released this video of Hawaiian-born Isaac Brumaghim who might think twice before fishing for tuna off the coast ever again.  Watch below and you might too. 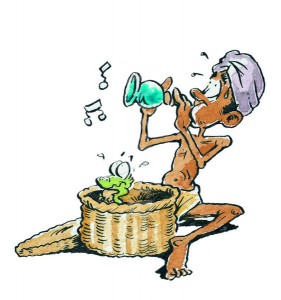 Grind TV also came out with a similarly frightening clip just a few months ago.  Can you imagine planning a romantic picnic on a beautiful, Florida afternoon?  A day of relaxation, cheese, crackers, a bottle of white wine, a cool breeze and your date looking as fine as could be when, from out of nowhere, a curious and unfortunately hungry,  17-foot Burmese python crawls up to your picnic basket just to say hello.  Suddenly, ants are the least of your problems.

I don’t think any of us could possibly fathom our reaction in such an instance but it’s safe to say crapping one’s pants and running like hell would be Family Feud’s, two most popular answers.

I think I may have to cancel my subscription to Grind TV or at least stick poolside instead of ocean side this summer, you know, just to be safe.